Consider some rigid disk, (as an approximation for a propeller on an aircraft for instance), spinning about an axis through the center of mass of said disk with angular velocity ω. In terms of a cylindrical coordinate system, assume the COM of the disk is at a distance r from the Z-axis, and assume further that angular velocity vector ω of the disk points in the +θ direction initially. In this setup, if one were to impart an additional angular velocity Ω on the disk about the Z-axis, a reactive gyroscopic couple C will manifest along the R-axis causing the orientation of the disk as well as the angular velocity vector ω to pitch up or down (depending on the directions of ω and Ω). Thus, a single propeller aircraft when making a left or right turn will tend to go nose-up or nose-down.

I have a few queries about this motion. 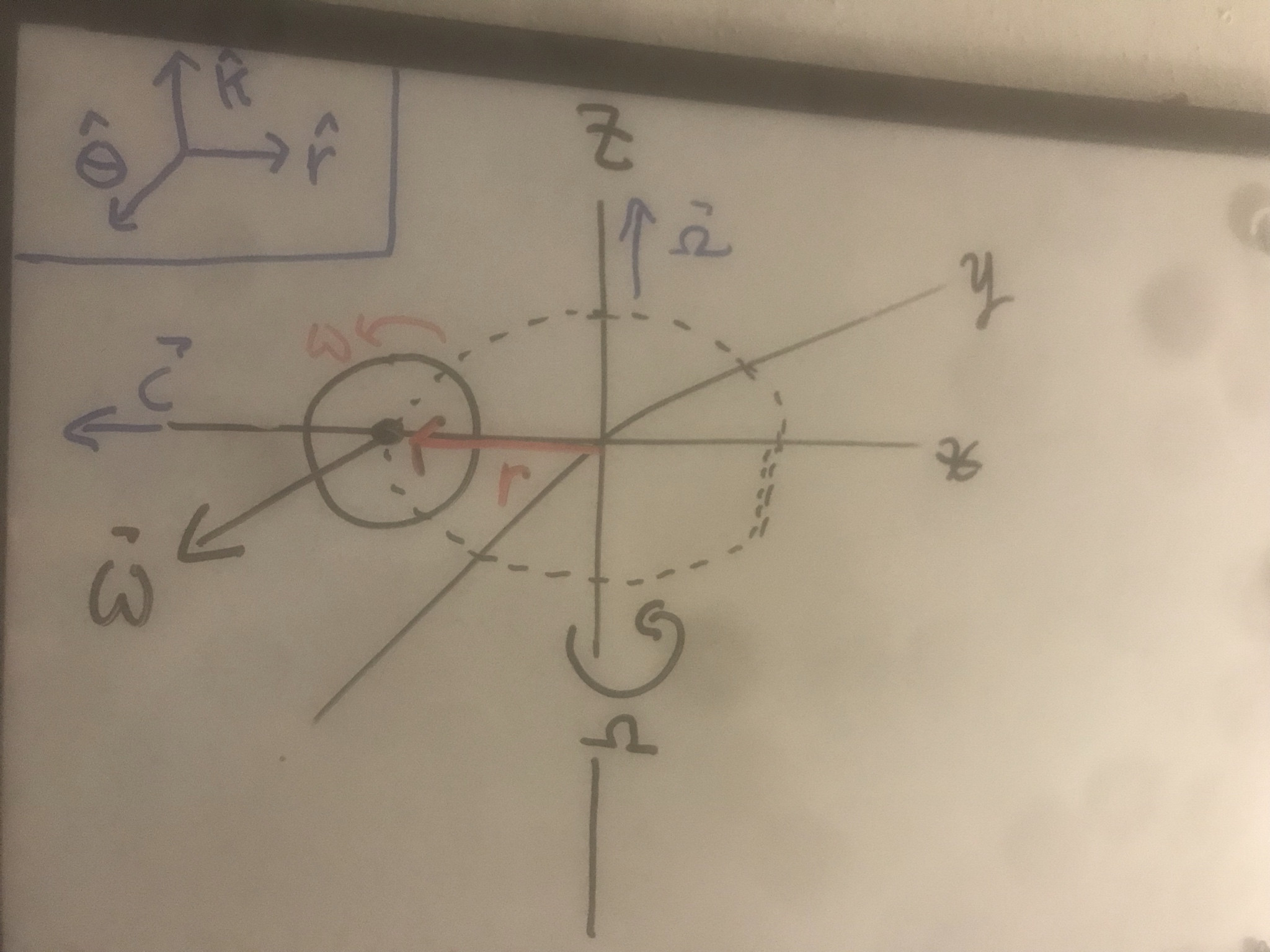 Additional remarks:
During WW I many aircraft types had a rotary engine. As you can imagine, the gyroscopic effects were very strong, dangerously so. However, I don't think I have ever read mention of noticable gyroscopic effects from the propellor of today's propellor-driven aircrafts.

It is important to be aware that the onset of gyroscopic precession is about motion. Specifically: to a pilot flying an aircraft with a rotary engine it may well have seemed as if giving rudder resulted in pitching instead. However, precise measurement would show that in order for the pitching to occur a bit of yaw must happen. That is: the rotary engine aircraft responds to yawing motion. It's just that if the pitching response is strong the smaller yawing motion may well go unnoticed. Conversely, initiating a slight pitching motion would result in yaw. So if the pilot wanted to turn he had to push for pitching. Flying those aircrafts must have been very tricky.

Not the answer you're looking for? Browse other questions tagged rotational-dynamics gyroscopes or ask your own question.

5
MEMS gyroscope and orientation
0
Rotation of a cube around its diagonal axis
4
Gyroscopic Force/Torque of a Constrained Wheel
2
Motion of a rigid body with constant angular momentum
0
Helicopter conservation of angular momentum
3
How does a gyrocompass in a moving craft sense the Earth's rotation?
3
The moment of inertia of a spinning gyroscope assembly
0
Conceptual Question About Gyroscopic Precession of body about Two Axes