What'sup with a Black Hole [duplicate]

Ask Question
Asked 6 months ago
Active 6 months ago
Viewed 178 times
0
$\begingroup$
This question already has answers here:
Where do the bipolar jets of black holes come from? (1 answer)
How can Quasars emit anything if they're black holes? (2 answers)
Closed 6 months ago.

We all know that black hole is a cosmological planet which has a great dense material in it. I read that it can even suck the light. But the details provided in the internet as well as NASA, about black hole is suggesting that a fume of gases is being ejected from it even named as "Relativistic Jet". But how could it happen? Because no matter in universe could travel faster than speed of light. When light is also being sucked in, then what is the matter of jet of fumes coming out of it. 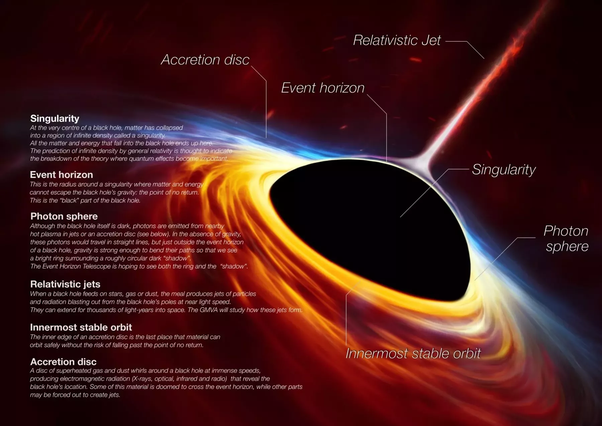 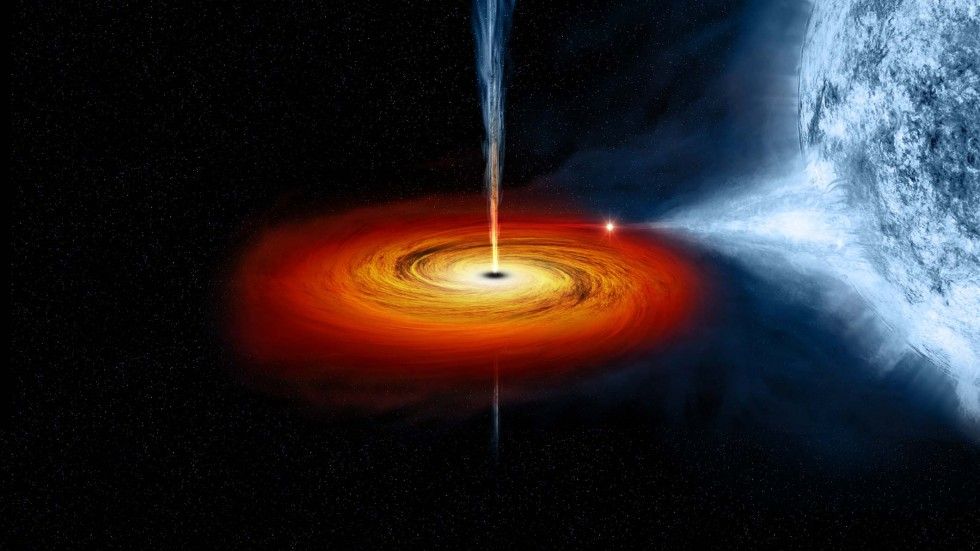 The jet is produced near the black hole, not inside it.

The black hole has a surface around it called the event horizon. Nothing can move outwards through this surface except via an interesting quantum effect called Hawking effect or Hawking radiation. However the Hawking radiation is utterly negligible for the type of black hole you are asking about, so to very good approximation, nothing moves outward through the event horizon, including light.

Outside the event horizon the black hole exerts a strong influence on the spacetime around it. The gravitational effects fall away following roughly the $1/r^2$ law that we are familiar with in Newtonian gravity, except that the rotation of the black hole is also relevant, and it creates a sort of whirl-pool effect. Matter and electromagnetic radiation moving in this whirlpool can spiral down and fall through the horizon, but on its journey such matter will typically reach very high velocities and so there are high-velocity collisions going on, generating X rays. There can also be strong magnetic fields generated as the matter gets ionised. Overall it is a highly complex and energetic set of phenomena.

The jet that you mentioned is generated through these collisions and electromagnetic processes going on outside the event horizon. Interestingly, the jet can result in a net loss of rotation of the black hole, which can be interpreted as extracting energy and angular momentum from the region of spacetime called the ergoregion, which is just outside the horizon. The total mass associated with the gravitation provided by the black hole then falls somewhat. Meanwhile, other matter falls into the hole, which causes its mass to grow.

Super-massive black holes in the centers of some active galaxies create powerful jets of radiation and particles travelling close to the speed of light. Attracted by strong gravity, matter falls towards the central black hole as it feeds on the surrounding gas and dust. But instead of falling into the black hole, a small fraction of particles get accelerated to speed almost as great as the speed of light and spewn out in two narrow beams along the axis of rotation of the black hole. These jets are believed to be the sources of the fastest-travelling particles in the Universe -- cosmic rays.

And the velocity needed to escape the region outside of the event horizon is (by definition of "event horizon") still smaller than the speed of light.

21
How can Quasars emit anything if they're black holes?
8
Where do the bipolar jets of black holes come from?

15
Why don't the black holes appear black in color in images of galaxies taken from HST?
5
How could we travel to the nearest supermassive Black hole?
2
Why are Black Holes always referred to as 'Holes"
4
Black holes - is any of these points of view more accepted?
1
The inside of of a black hole
2
Could a black hole pulling on a neutron star temporarily create a quark star?
2
Does time stop inside a black hole? How about at it's singularity?
2
Does the center of a black hole have a physical body?