In which direction does the impulse acts on ball when we throw it to ground? [closed]

Ask Question
Asked 3 years ago
Modified 3 years ago
Viewed 971 times
-1
$\begingroup$
Closed. This question is off-topic. It is not currently accepting answers. 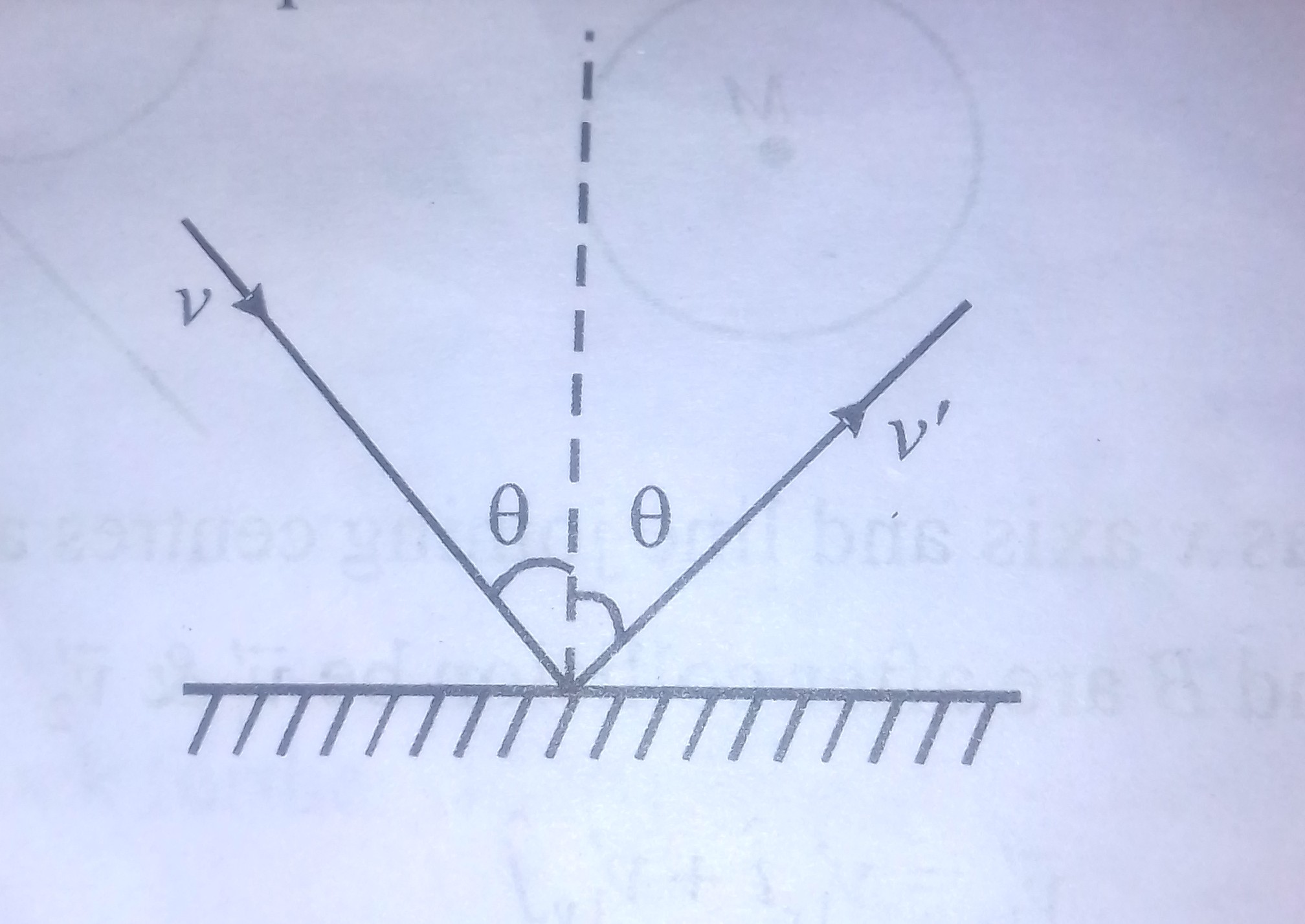 When we throw a ball to the ground then in which direction does the impulse acts on the ball?

Think of $\vec{v}$ as a vector split up into two components: the vertical and the horizontal component.

$F$, in this case, would be provided by the Normal Force exclusively because the angle of incidence and reflection are the same. If there were friction, the horizontal component of $\vec{v}$ would be reduced thus decreasing the angle of reflection and causing it to be less than the angle of incidence (assuming the ball had no initial spin). This also implies the collision between the ball and the surface is elastic which means no energy is lost in the collision so the vertical component of $\vec{v}$, i.e. $v_{y}$ before = $-{v_{y}}$ after.

If $F$ is entirely normal then this explains why $\Delta v$ points in the vertical direction ($\Delta t$ and $m$ are just scalars) - the horizontal component of $\vec{v}$ i.e. $v_{x}$ is unchanged and still points to the right with the same magnitude. So $J$ points vertically because $F$ is the normal force which points vertically.

Also, for future reference, show that you've at least tried to solve the problem and have already thought about it to the best of your ability. The StackExchange is not a place for people to do your homework. Don't simply post a problem and ask other people to solve it for you. I also notice that you never accept answers to your rather lazily asked questions. You need to accept people's answers so they get credit for spending time to answer your "questions"

Not the answer you're looking for? Browse other questions tagged newtonian-mechanics forces classical-mechanics collision or ask your own question.

0
Throwing a Ball from the ground
0
Throw a ball AT a moving train, in what direction does it reflect?
0
Ball rolling inside rough cone. In which direction does friction act?
2
When some mass does vertical upward motion, which direction is the direction of the inertial force?
0
What happens when a person standing on the ground throws a ball at the door of a moving train? Will it pass through the other door?
0
Is momentum along the line of collision conserved when a ball falls on an inclined plane