In the tunnel through the Earth thought experiment, how does total energy of a particle vary when it goes from surface of the Earth to its center? 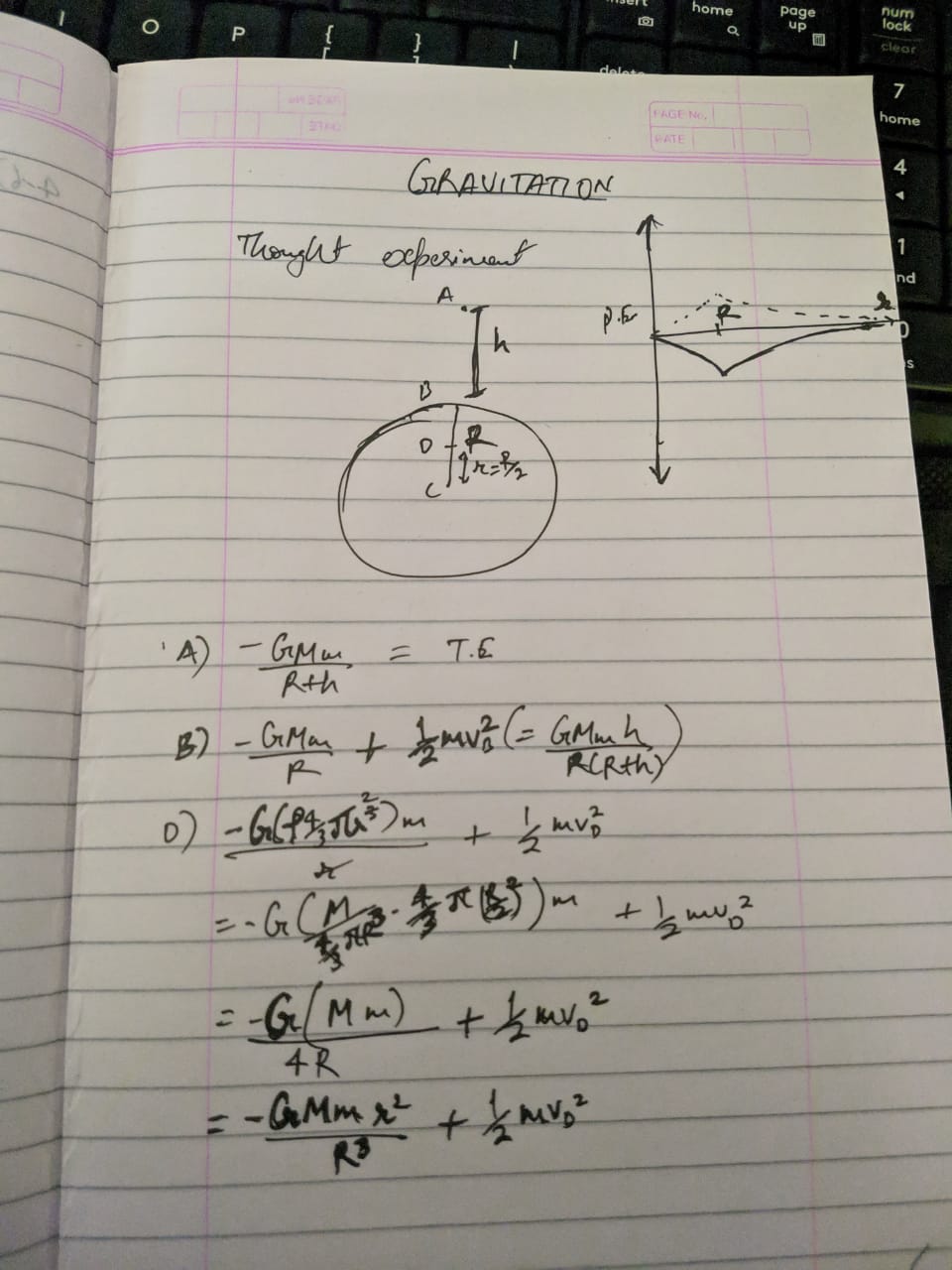 Now to answer the question posed in your title, the total energy is constant (ignoring resistive forces). As the potential energy goes down the kinetic energy rises, as in any case of simple harmonic motion of a single body.

Your graph of PE is wrong. If the zero of PE is at infinity then in the center it has a negative value, $-\frac{3}2 \frac{K M m}{R} $. On the surface is $- \frac{K M m}{R} $. So PE keeps decreasing as you go deeper inside. And so the KE increases, reaching the maximum value in the center. Maybe you saw this graph (the one in your notes) representing the force and you confused it with the graph for PE. And from this arrised your question.

Not the answer you're looking for? Browse other questions tagged energy gravity energy-conservation potential-energy earth or ask your own question.