The graph of Force-distance(from test charge to source charge) should look like this: 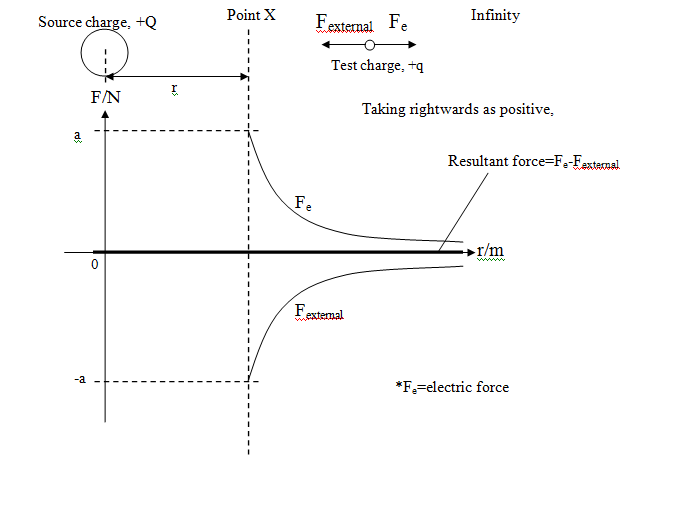 So, work done or electric potential energy would be:

Here's kind of where I'm unsure about things:

2) In regards to the test charge moving at constant velocity as it is being displaced from infinity to point X, what happens if external force exerted on the test charge near infinity is equal to the electric force exerted on the test charge at point X or a Newtons (displayed in diagram)? Although the object would accelerate initially, as the magnitude of the acceleration would decrease, the KE would decrease because it would be converted into EPE. Is this another way to calculate EPE?

Otherwise, if external force is constantly equal to electric force as stated in my notes, then the test charge would still continue to move away from the source according to Newton's first law. Is this correct?

When the net force on the test charge is zero then it is either at rest or moving with constant velocity.

Not the answer you're looking for? Browse other questions tagged electrostatics potential work potential-energy or ask your own question.