Does an expanding universe assume a space within which the expansion is happening? [duplicate]

When I read about the expanding universe and inflation I often see pictures like this: 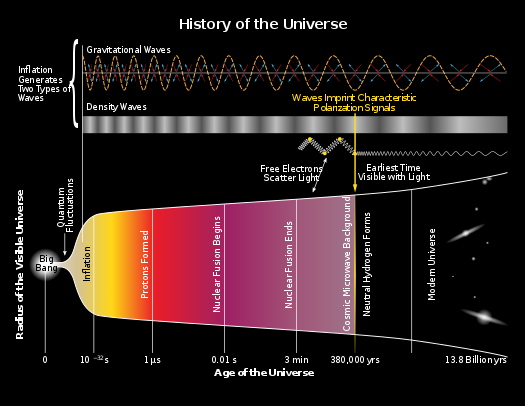 For getting an idea of space expansion you have to imagine a cubic grid throughout the whole space where the grid/ the number of cubes does not change, but each cube is increasing in size. It is similar to a sort of "stretching" of the size of the cubes.

To my knowledge at the Big Bang both space and time have been created, so in my understanding there is no meta space which could be used as a frame of reference to measure inflation or an expanding universe.

How can I reconcile the concepts of an expanding universe / inflation without having to assme a meta space within which this expansion takes place?

FYI: I'm not a physicist, so please bear with me if this a noobie question.