What causes the mass connected to the end of a pendulum to speed up when its pivot is moved?

Consider a pendulum with a massless and unstretchable string connected to mass M on one end, and to a moveable pivot on the other end. We assume this is on Earth, so gravity acts on the mass. We also assume the string remains taught the entire time. For simplicity the angular speed of the pendulum is currently constant (either zero or non-zero). Now suppose a non-vertical force is applied to the pivot. A tension force should act through the string and pull on mass M.

Below: Diagram showing a pendulum with mass M, and a force F being applied to a moveable pivot, marked by an 'X' 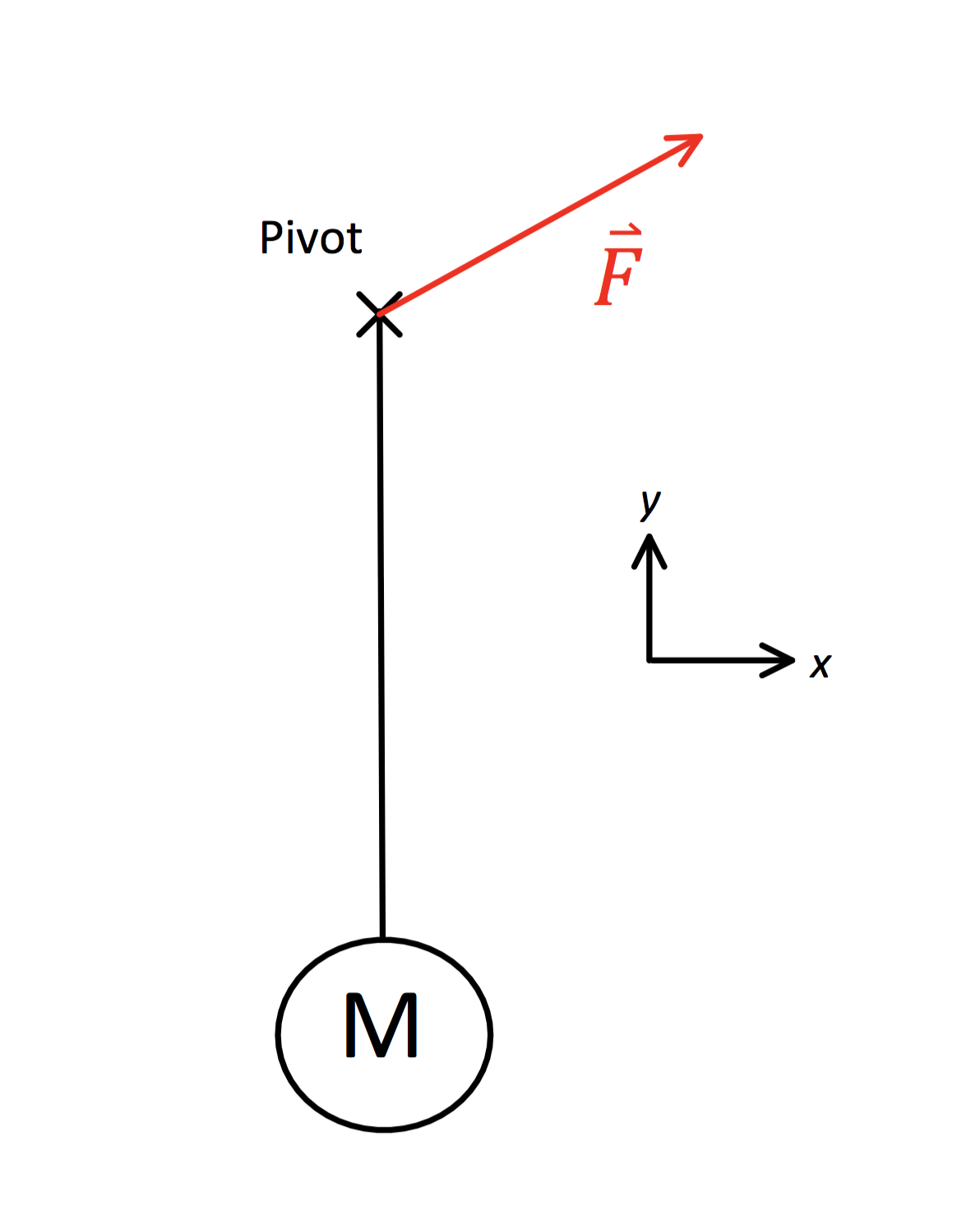 I am aware that a force applied perpendicularly to an object's direction of motion does no work on it, so the object's kinetic energy and therefore its speed should remain constant. Because the string is only permitted to move tangentially in a circular motion with respect to the pivot, the tension force, which is applied by the string connecting the pivot and mass, will always be perpendicular to mass M's direction of motion. Therefore, any force (either constant or non-constant) applied to the pendulum should not change the angular speed of the mass attached at the end, with respect to the pivot. The tension force will simply be cancelled out by the reaction force of the mass pulling on the string, and only the tension in the string will increase.

However, according to everyday experience, this doesn't seem to be true. To test this out, I made a simple pendulum with some string and a mass. I was able to speed up the mass by moving my hand to apply a (non-constant) force at the pivot point. The mass was sped up more than it would have been, had I just let it swing due to the gravitational force. Similarly, whenever we swing something in a circle to speed it up, for example in the sport "hammer throw", we are using the same principle of applying a perpendicular force to speed up a mass in circular motion.

I also tried this out with a ruler, which is a more rigid body, to replace the string, and got similar results. Therefore the result cannot be due to any obvious deformations in the string example.

Theoretically, a mass experiencing a force perpendicular to its motion should not speed it up, but everyday experience contradicts this, so obviously I am missing something.

My first question is, why does this happen?

Is it because things work differently in non-intertial reference frames, and the perpendicular force issue does not apply?

Or are we only allowed to consider the centre-of-mass of the pendulum and not analyze the extended system piece-by-piece?

My second question is, if we are able to resolve the first question, would we be able to directly calculate the force that causes the mass M to speed up?

I have searched extensively online for a solution but can only find papers that deal with the equations of motion of a pendulum with a moving pivot, but not explicitly with the forces that cause the pendulum to change speed.

An example is the paper below: http://www.phys.lsu.edu/faculty/gonzalez/Teaching/Phys7221/PendulumWithMovingSupport.pdf

It is perfectly possible for the tension force to accelerate the mass. Imagine the mass starts by hanging motionlessly from the string with the other end held by your hand, which acts as the pivot. If you move your hand straight up, then the mass will be pulled upwards by the string, increasing its speed. When the pivot can move, it is not always the case that the motion of the mass is perpendicular to the tension.

During a hammer throw in a track-and-field competition, the pivot (the athlete's hand) moves in a circular motion to speed up the hammer. But, the hammer-thrower's hands will not lie along the line joining the hammer's mass and the center or rotation. Their hands will be at an angle a little ahead of the hammer so that the chain will be pulling the hammer in the forward direction, accelerating it. See the top half of the picture below, in which the hammer is swinging in an anti-clockwise direction. It is only when the hammer, hands, and the center of rotation are all in a line that there is no acceleration.

I agree with K_inverse's comment, it is difficult to ensure that the force is always perpendicular to the pendulum velocity. Let us consider how the problem would look like with that constraint. I will use nondimensional parameters for the whole process.

The position vector is given by

Thus, assuming the Lagrangian in the reference you provide is right, we have the following problem

Even if we assume a small angle approximation ($\theta \ll 1$) the problem looks complicated. In that case:

So, I guess that you can achieve if is you impose a force that satisfies the problem described above.

Not the answer you're looking for? Browse other questions tagged newtonian-mechanics forces classical-mechanics centripetal-force or ask your own question.

5
Forces and torques about the CENTER OF MASS of a physical pendulum
0
At what point of a pendulum's swing is its acceleration the greatest?
4
Foucault pendulum initial velocity
1
Pendulum forces in orbit
0
When calculating centripetal force, do we ignore non-radial or tangential forces
1
Calculate net force on the pendulum
1
The effect of tension force on a pendulum swinging in simple harmonic motion
0
Does the mass of a pendulum string affect the amount of force required to hold it at a specific location?