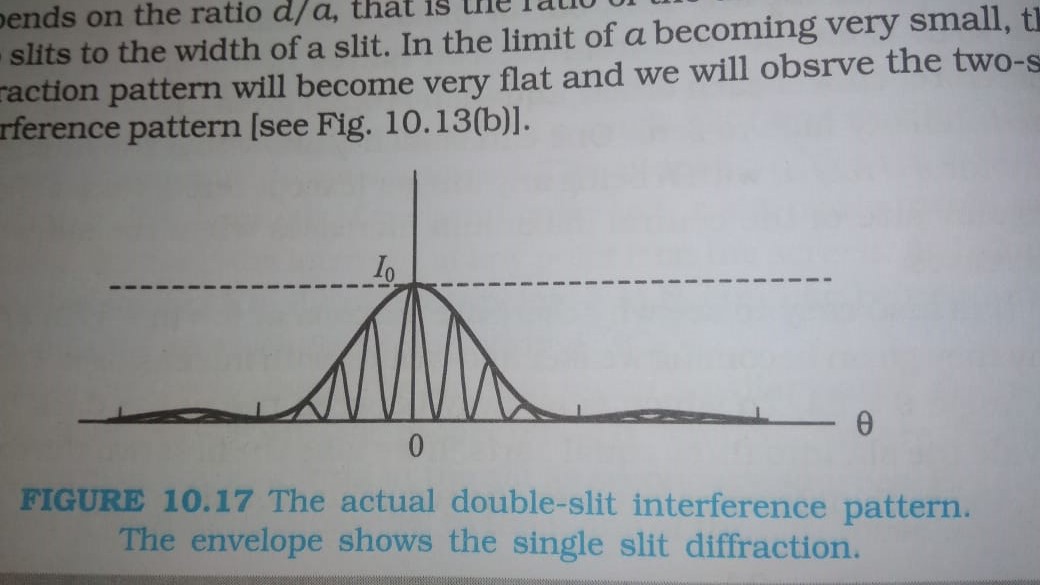 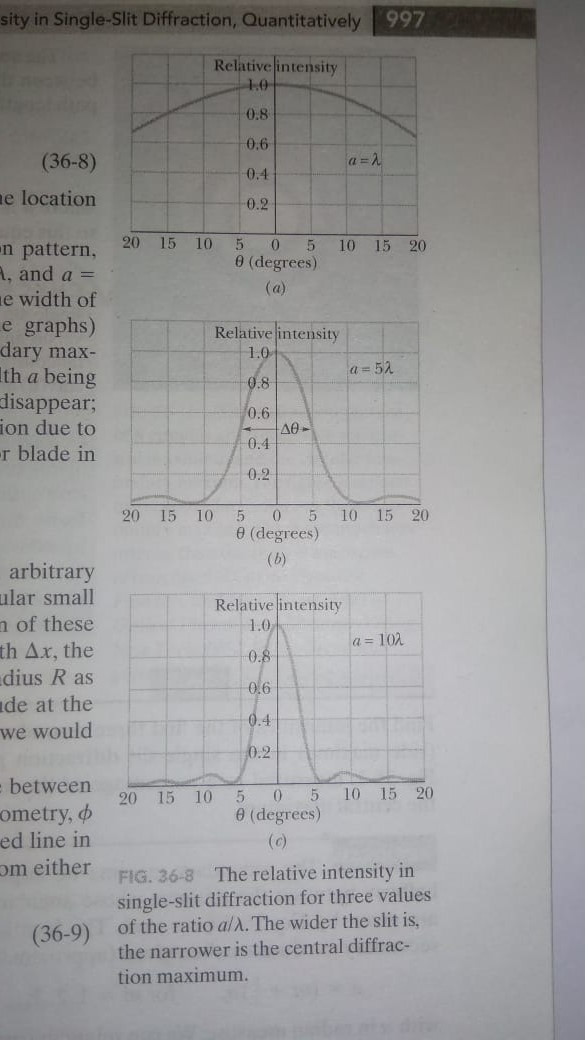 my concern is when the slit width decreases and the curve becomes flat in the first picture,the area under the central maximum graph increases keeping the intensity same,from where the extra energy is coming to cover the whole screen by the central maximum,

in this case when the width decreases the amount of light entering the slit actually decreases,so when the area under the central maximum increases,the pattern on the screen should have absolutely low intensity light making the diffraction pattern invisible,but in the diagram it shows the intensity remains the same at 1.0,

the figure 10.17 in the other attachment shows the intensity is I(0) meaning similar graphs come for both intensity and relative intensity verses 0,

if the same graph in figure 10.17 is done for a = λ i.e if the slit width is very small,will the value of intensity I(0) decrease,will the relative intensity remain the same in all cases.

The area under this curve is not the total power.

Not the answer you're looking for? Browse other questions tagged diffraction or ask your own question.

-2
How can a bright fringe be not as bright as a dark fringe in YDSE?