Projectile with air resistance from a given hight 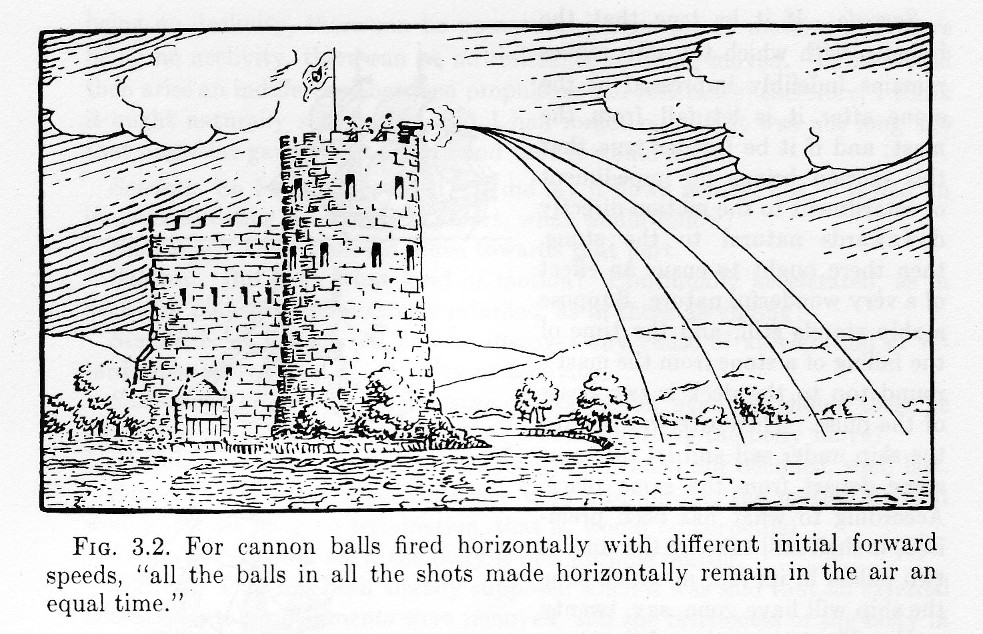 newtonian-mechanics projectile drag
Share
Improve this question
edited May 23 '19 at 18:42

I am still not sure why there won't be any drag in this case, anyone can explain in layman's terms?

I will venture to give it try. There will be air drag both horizontally and vertically, but that air drag force is always in the direction opposing the direction of motion.

There are basically two forces acting on a projectile in air: Gravity and air drag (air resistance).

The air drag force is directed so as to oppose the direction of motion. Gravity is always directed downward.

Where $D$ is the upward air drag force. I need to emphasize that $D$ is not a constant. It involves many variables. Perhaps most importantly if is a function of velocity and can even vary as the square of the velocity. All other factors being being equal, the drag force increases with increasing velocity until the drag force equals the gravitational force and the velocity becomes constant (the so called terminal velocity).

There is no horizontal forces acting on the projectile other than horizontal air drag force which opposes its horizontal motion causing it to decelerate. Therefore the horizontal acceleration is

In closing I suspect based on the comments going back and forth others may disagree with me. I have an open mind and am amenable to improving this answer based on sound technical input from others

Of course drag means that any trajectory that we are considering in this problem will take longer than the corresponding trajectory in a drag-free environment.

But that fact alone does not tell you if the straight-drop and projected-horizontally trajectories will or will not require the same time to fall or not, only that each will take longer than the case where there was no drag.

The drag rule that applies for most day-to-day situations isthe Rayliegh drag $$ D_\text{Rayleigh} = -\frac{1}{2} \rho C_d A v^2 \hat{v} \;,$$ where $A$ is the cross-sectional area presented by the object, $\rho$ is the density of the fluid through which the projectile moves, and $C_D$ is a "coefficient of drag" expressing the dependence on shape and orientations (which is roughly but not exactly independent of speed for many interesting cases).

Here the vertical component of drag is \begin{align} D_y = 6 \pi \mu R v_y \, \end{align} and does not depend on the horizontal component of velocity.

Not the answer you're looking for? Browse other questions tagged newtonian-mechanics projectile drag or ask your own question.