Does the concept of compounds between the particles exist in Particle Physics?

Can you distinguish between the two different situations in the picture - a single particle, and a complex of two particles? Is the difference obvious for a physicist?

How you would call that kind of complex particle?

Composite, Compound, Complex or something else? Which term for that would the best for understanding what it is for a physicist?

"Meson-baryon molecule" sounds understandable, but a bit not correct, as molecule is a system of nuclei and electrons. 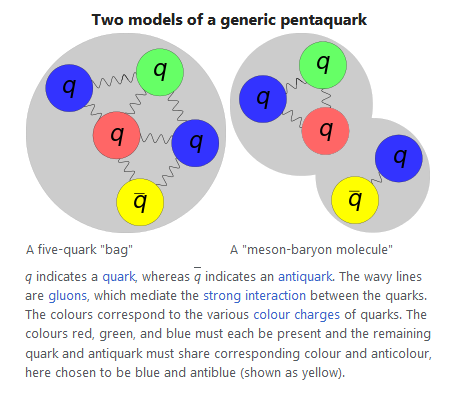 These are the elementary particles of the standard model of particle physics: 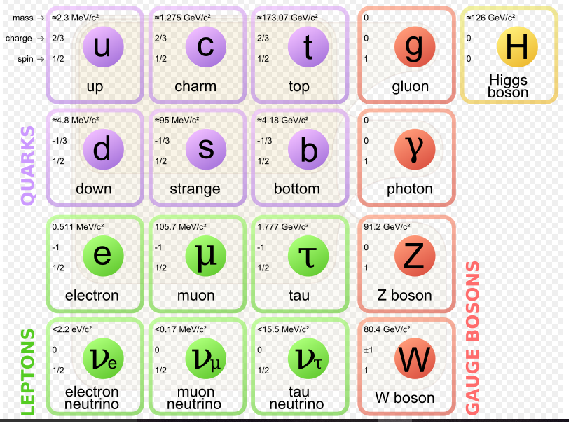 All other hadrons ,(like mesons and baryons and nuclei)and atoms and molecules are composite, in a complex manner.

Have you checked this site? 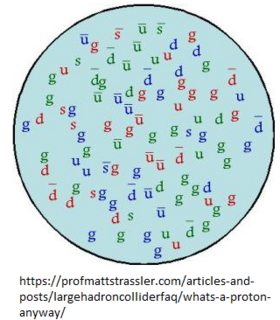 The standard model of a hadron, a proton in this case, does not have just the three valence quarks, but includes a sea of quark-antiquark pairs and gluons. These are in a virtual state, i.e. off mass shell, and any pairs with the appropriate flavor of a pion can be considered a virtual pion. The complexity overcomes the concept of compounds.

The nucleon nucleon interaction is closer to your "compound" view, as the nuclear force is modeled by a meson exchange , i.e. a quark antiquark pair makes the proton+neutron bind into a deuteron nucleus.

Although, in the light of QCD, meson theory is not perceived as fundamental anymore, the meson exchange concept continues to represent the best working model for a quantitative nucleon-nucleon potential

So penta quarks get a name by themselves, because they also have four valence quarks and one valence antiquark, in addition to the sea of quarks antiquarks and gluons in their definition.

From the wikipedia link on pentaquarks:

The binding mechanism for pentaquarks is not yet clear. They may consist of five quarks tightly bound together, but it is also possible that they are more loosely bound and consist of a three-quark baryon and a two-quark meson interacting relatively weakly with each other via pion exchange (the same force that binds atomic nuclei) in a "meson-baryon molecule

The "penta" name is enough at the moment and this is a research question. If it is found in measurements that a meson has to be modeled for the existence of a pentaquark, then maybe a new word will be proposed to describe them.

A particle consisting of 1 neutron and 1 proton is actually a nucleus. You could also consider the proton as Hydrogen nucleus. Concerning your proton / pion bound states, I am not even sure we should try to find a name for them since they are not observed. Anyway you certainly cannot call it a molecule since it has no electrons to bind things together.

12
Alejandro Rivero's correspondence: diquarks and mesons as superpartners of quarks and leptons
8
Evidence that nuclei contain neutrons and protons (other than nucleons appearing if a nucleus is smashed)?
9
To what extent does the concept of "particle" in QFT correspond to the concept of "particle" in experimental physics?
7
Does the concept of the photon as a particle exist in QFT in the path integral formalism? Does the concept of a particle exist?
1
Is There A Reason lepton flavor violation (LFV) In $B^+$ Meson Decays Can't Be Explained By $K+πº$ Decays?
1
Significance of gravitational attraction between individual particles at light-year scales?
4
Can neutronium, (as in the exotic -onium atom composed of $n\bar n$ and not the degenerate matter kind) exist?