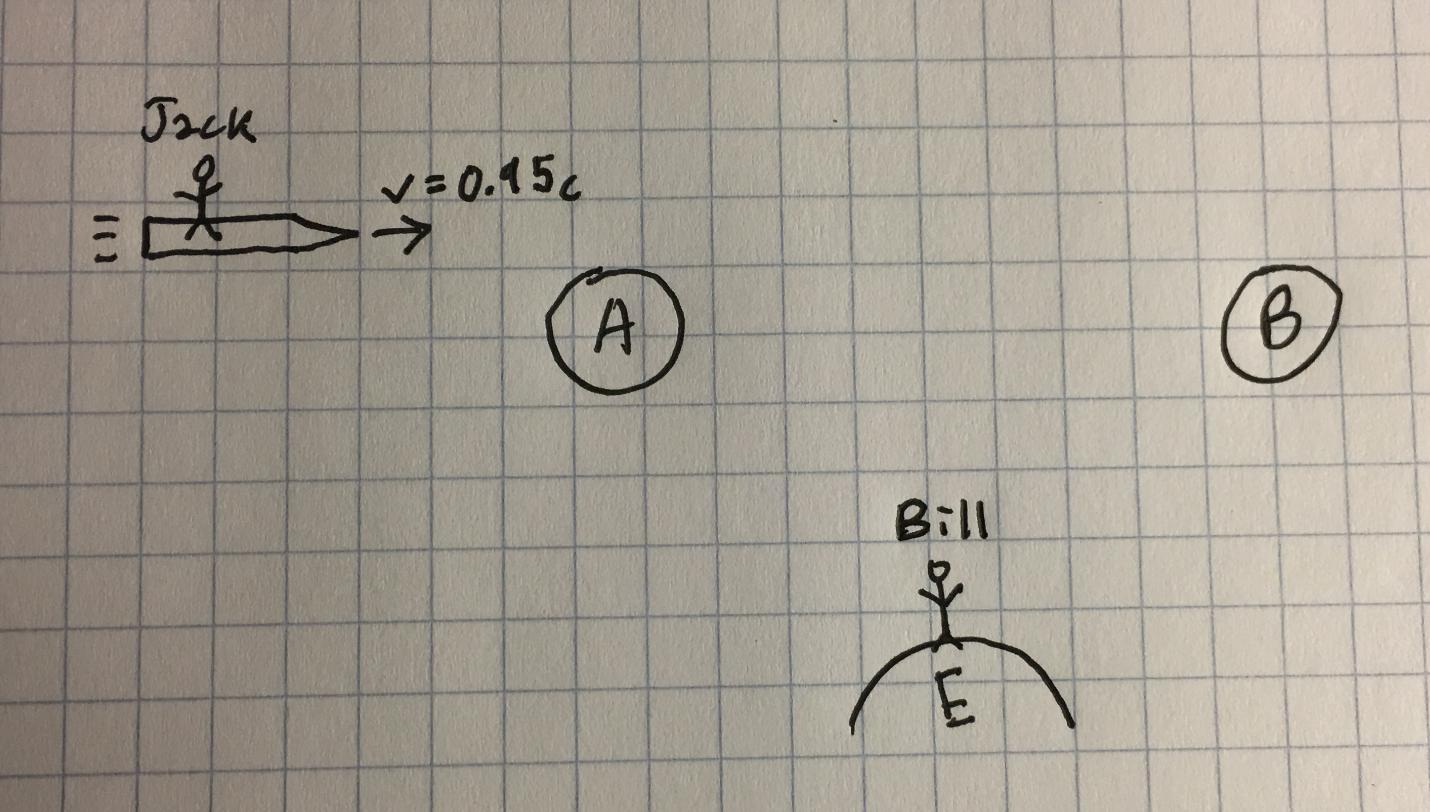 Let's say we have an observer named Jack on a spaceship traveling at a constant velocity of 0.95c to the right, according to Bill, who is on the Earth. Then the spaceship reaches planet A and then planet B and keeps moving at constant velocity. The spaceship NEVER accelerates. The 2 events in this problem is Event 1, which is Jack meeting planet A, and Event 2, which is Jack meeting planet B. We give Jack and Bill each a clock and we want to compare the time elapsed between the 2 events that Jack records and the time elapsed between the 2 events that Bill records. My teacher said that Bill records more time for the A to B journey because this is basically the twin paradox. But I disagreed because the problem doesn't involve any acceleration. My argument was that Bill records more time because it's impossible for a single clock at rest relative to Bill to be at the position of Event 1 and at the position of Event 2. However, you CAN have a clock at rest relative to Jack that is at Event 1's position AND Event 2's position. This is the very definition of proper time: time measured by a clock whose position is at the position of both events. Proper time is the shortest measured time, so Bill records more time not because of the twin paradox but because ONLY Jack records the proper time, or shortest time, for these 2 events. Am I correct in my thinking? 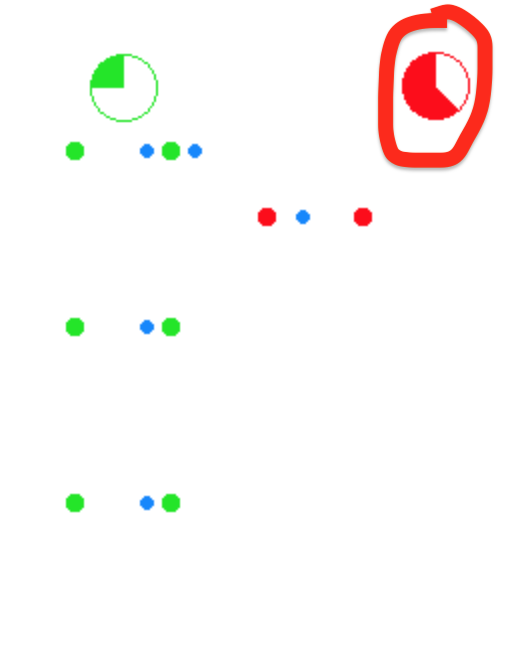 I think I'm getting confused by exactly what the red clock that I circled represents. If we treat the green clock as the time measured by Bill and we choose to have Bill be stationary, the red clock can't represent the time Jack actually measures in his frame then. Rather, the red clock represents the time that Bill THINKS is elapsing for Jack?

By means of these synchronized clocks a "stationary" observer may know time of any event in any location of his frame. It makes sense to refresh a notion of “stationary observer”.

In your case Bill is "subjectively" at rest, and clocks A, B, E are at rest relatively to him, they are (I believe) Einstein – synchronized and show the same time. These clocks represent Bill's rest frame.

Jack is moving, i.e. changes his spatial position in Bill’s frame. If he compares his clock readings with clock A and B successively, he will see, that his clock measures shorter time interval, i.e. time in Bill’s rest frame runs faster than his own. However, Jack can change his status from “moving” one into “stationary” by means of changing frame. In this case he places at least one another clock at some distance and synchronizes this clock with that on his wrist.

In this case, if he employs Einstein’s synchronization procedure, assuming that the one -way speed of light is c, single Bills’s clock will measure shorter time interval than two synchronized Jack’s clocks.