Why the electric field on the surface of charged spherical shell of radius $R$ and charge $q$ is $\frac{kq}{R^2}$?

Yes, but one has to realize that this result is for a point charge $q$. You see, for instance, only then you can talk about the distance between the point at which you are calculating the field and the charge. If the charge were not a point charge, what would be the distance? There is no well-defined notion of the distance of a point from an extended object.

Now, what do you do? Well, you realize that you can use the familiar formula but only for each of the infinitesimally small charges $dq$ situated in the infinitesimal vicinity of every point on the shell. And thus, you use the formula $\frac{kdq}{r^2} \hat{r}$ to calculate the electric field created by the infinitesimal charge distribution $dq$ and then sum over all such infinitesimal charges which are distributed over the shell. In other words, you perform the integration $\int\frac{kdq}{r^2}\hat{r}$. This will give you the quoted result $\frac{kq}{R^2}$ if you meticulously perform the integration. Or, you can use the symmetry arguments to convince yourself that the electric field must point radially outwards at each point on the spherical shell and then use the Gauss's law to find the same result much more easily. 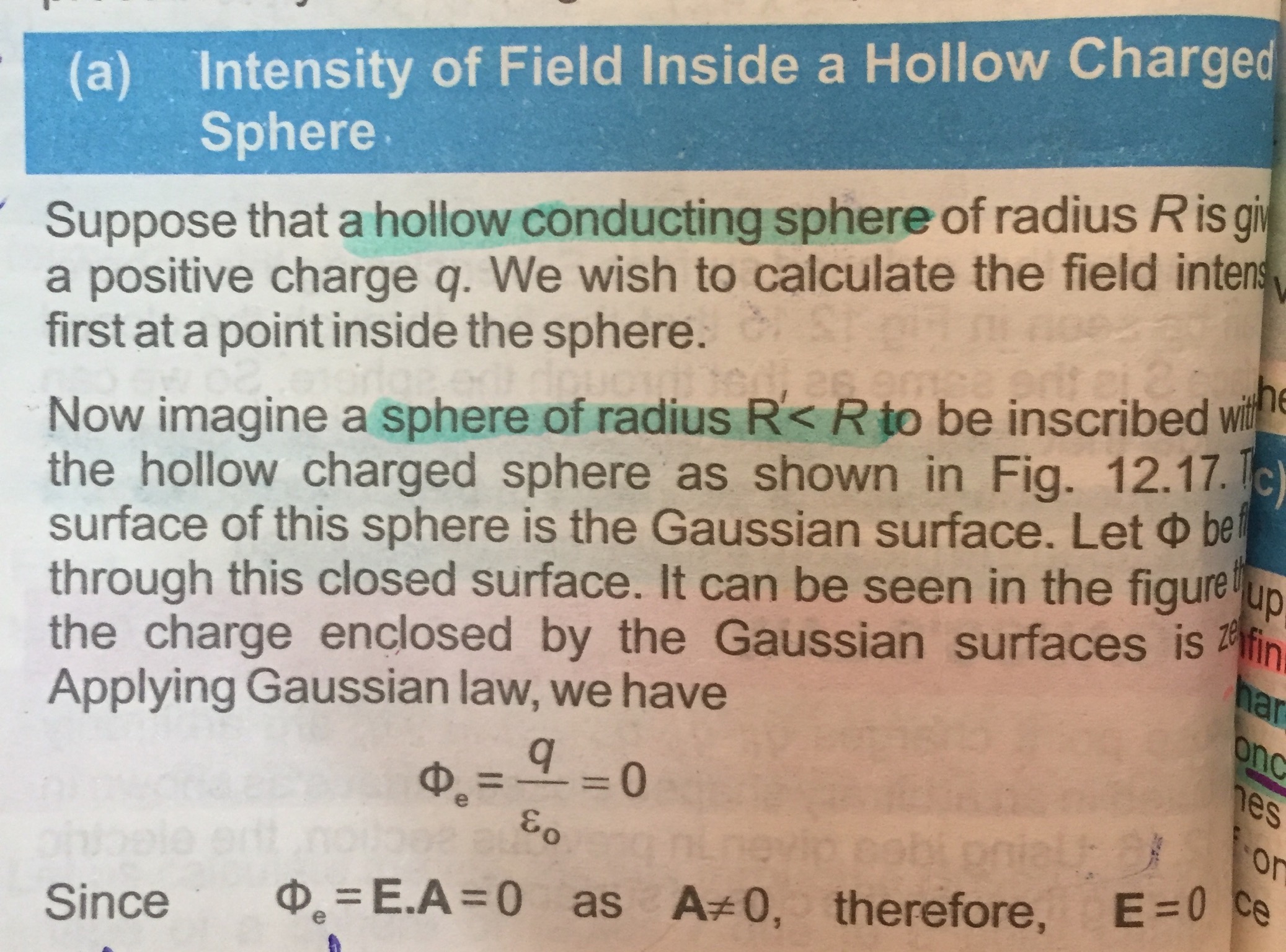 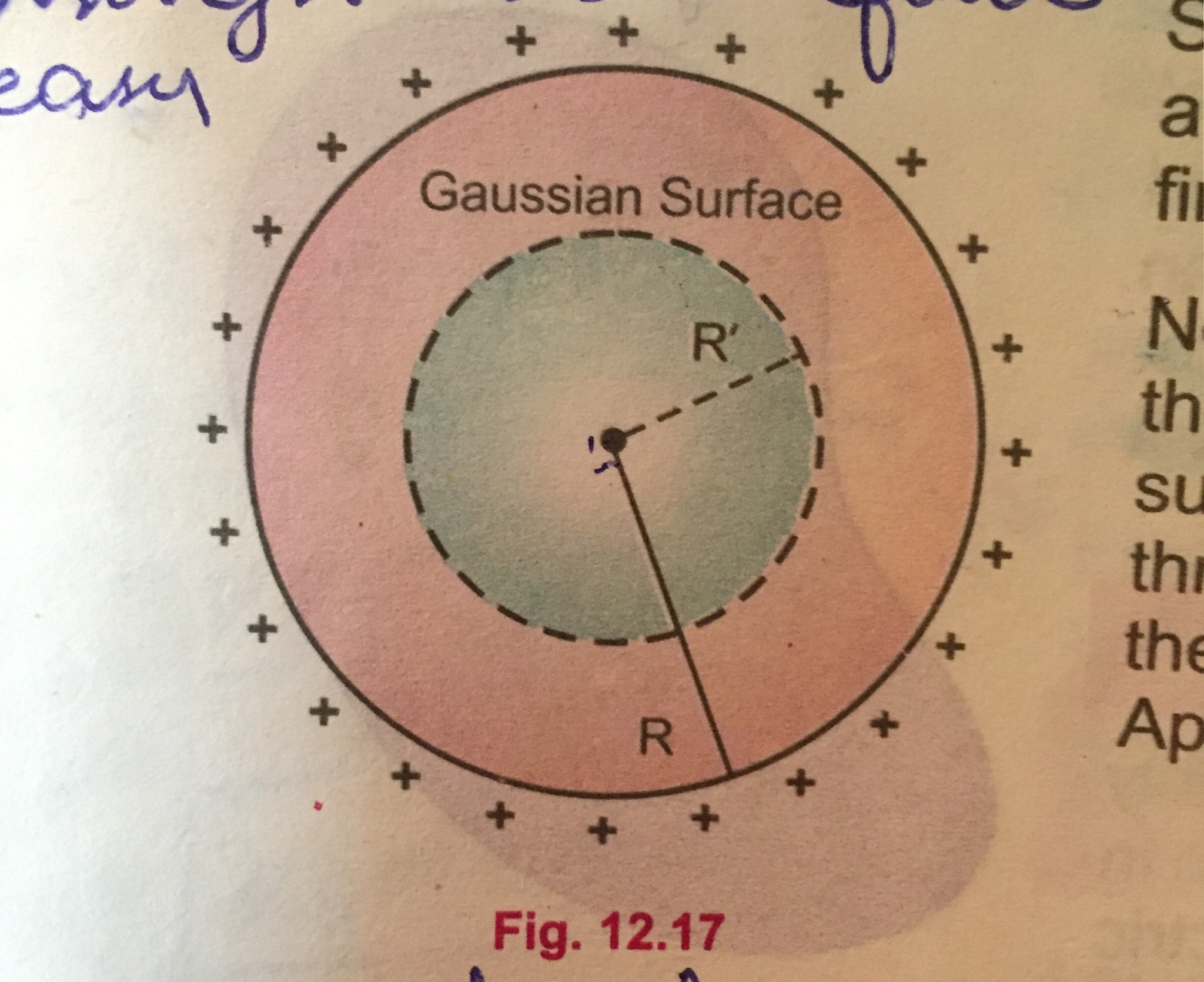 This is what my book has to say about this. To answer your question directly, the electric field at any point inside a charged hollow sphere is zero, regardless of what point on a Gaussian surface you take for calculation. For better understanding, i suggest you read Gauss Law and its applications

Not the answer you're looking for? Browse other questions tagged electrostatics electric-fields potential gauss-law coulombs-law or ask your own question.