Why is magnetic attraction field lines when seen with ferrocell reverse that with iron filings?

Magnetic attraction seen with ferrocell. The magnetic field pattern is the same as that for repulsion when viewed with iron filings. Why?

I found this video that has both attractive and repulsive set ups on a ferrocell . They look different, and justify the commentator " field lines or something like them".

The lines you see are the fields interacting with the ferrocell, differently than the orientation of the dipoles, which are what the iron filings show.

My conclusion is that the ferrocell lines do not show the direct orientation of dipoles that iron filings do, lining up with the field lines, they are possibly a second level magnetic interaction in the cell. 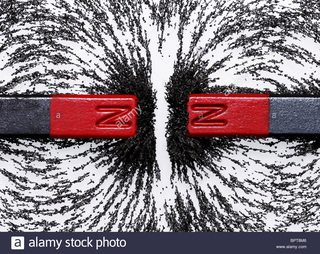 This is how iron filings show repulsion 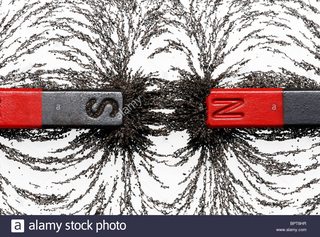 And this is how they show attraction lines.

The effects registered in the video must be some optical effect induced by the existence of nano size dipoles which are not visible, possibly difraction.

A magnetically huge iron filing will orient according to the sum of that magnetic forces at that area in space it occupies which means it will aling in the typically expected fashion. At smaller scales, like with diluted ferrofluid, you can see better detail of the point vector at that location in space.

The lensing effect of the ferrofluid is therefore a more direct and accurate representation of the point vectors that make up the magnetic field.

Arguably, a ferrocell is the highest resolution representation of a magnetic field that we will ever be able to produce with ferromagnetic particles in a way that is observable to the naked eye.

Edit: also field lines are not the same. They're just huge. Look again in slow motion. You can see the field lines converge as the magnets are placed together and diverge on the repulsion side.