Help in identifying an instrument used in nuclear physics

In American-British drama miniseries Chernobyl, on the second episode, a scientist takes some dust from the outer surface of a window and places it in an instrument that tells her what radioactive isotope was in the sample. 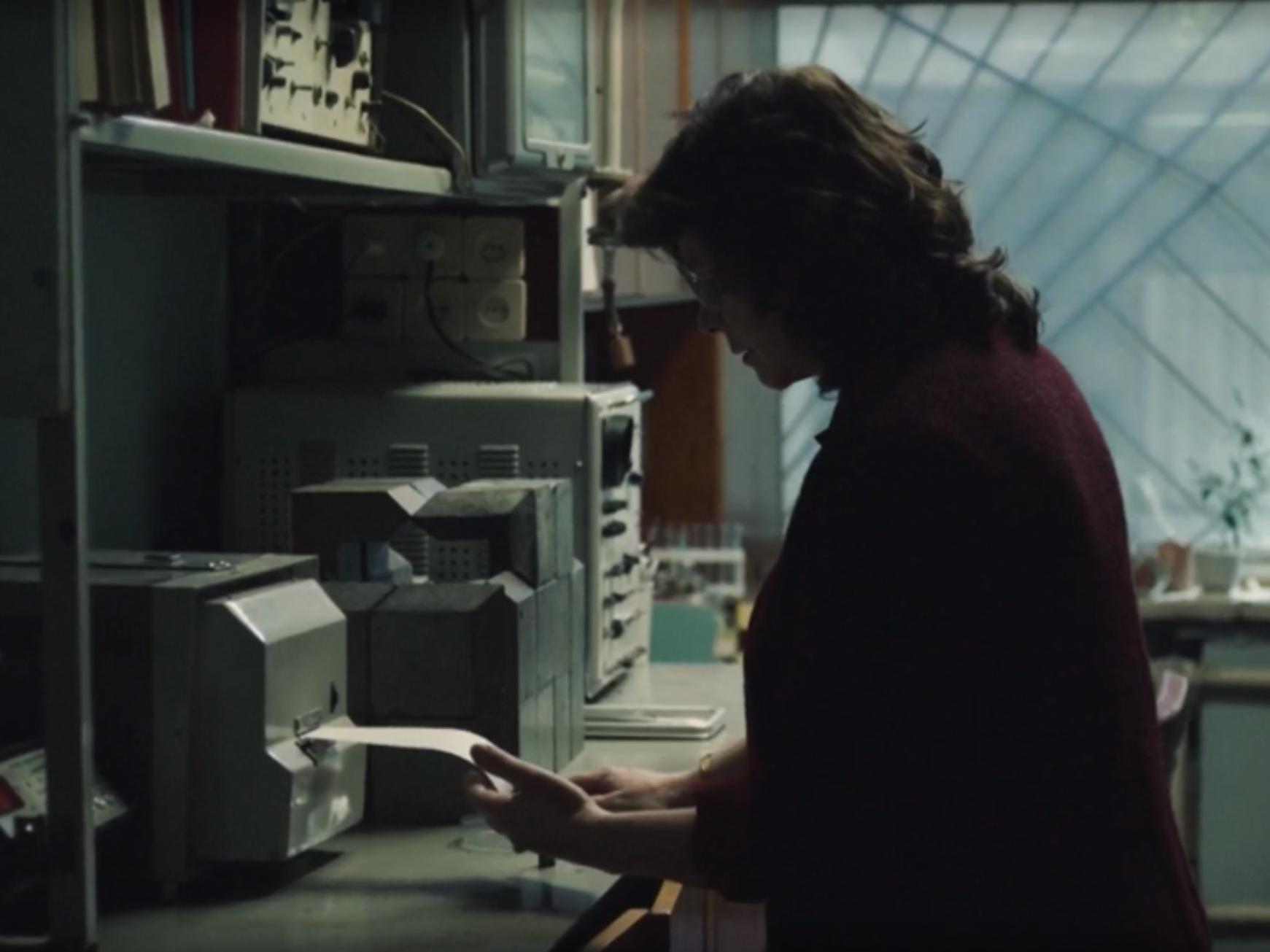 She places the sample in the device in the middle and then fiddles with the electronics. The device on the right seems to include some form of oscilloscope. She then tells the colleague, upon handing him the printout,

What was the instrument that was used? And how was the scientist able to deduce that there was a nuclear explosion?

Exactly was is depicted in the miniseries is difficult to answer without a clip, but there are a few different devices that can achieve something similar.

A mass spectrometer can be used to measure the mass of an isotope. With enough accuracy and some tables, this can be enough to identify an isotope in some cases.

It could also be a gamma-ray spectrometer, which measures the energy of detected gamma rays. Since many isotopes have distinctive gamma ray energies, this can be used to identify isotopes in most cases.

There are short-lived isotopes that don't occur in nature. The detection in any significant concentration of any such isotope would indicate a nuclear accident of some kind.