What are the forces behind the orbit of the Earth around the Sun?

Does the gravity of the sun alone affect the orbit of the earth around the sun?

Look at the image below,(Image is not to scale),

Yes, it does. Your description is correct. Other bodies than the Sun also pull in Earth with their respective gravities, though, but they are effectively negligible.

The elliptic effect is not as pronounced as you illustrate here, though. Earth's orbit is close to circular. 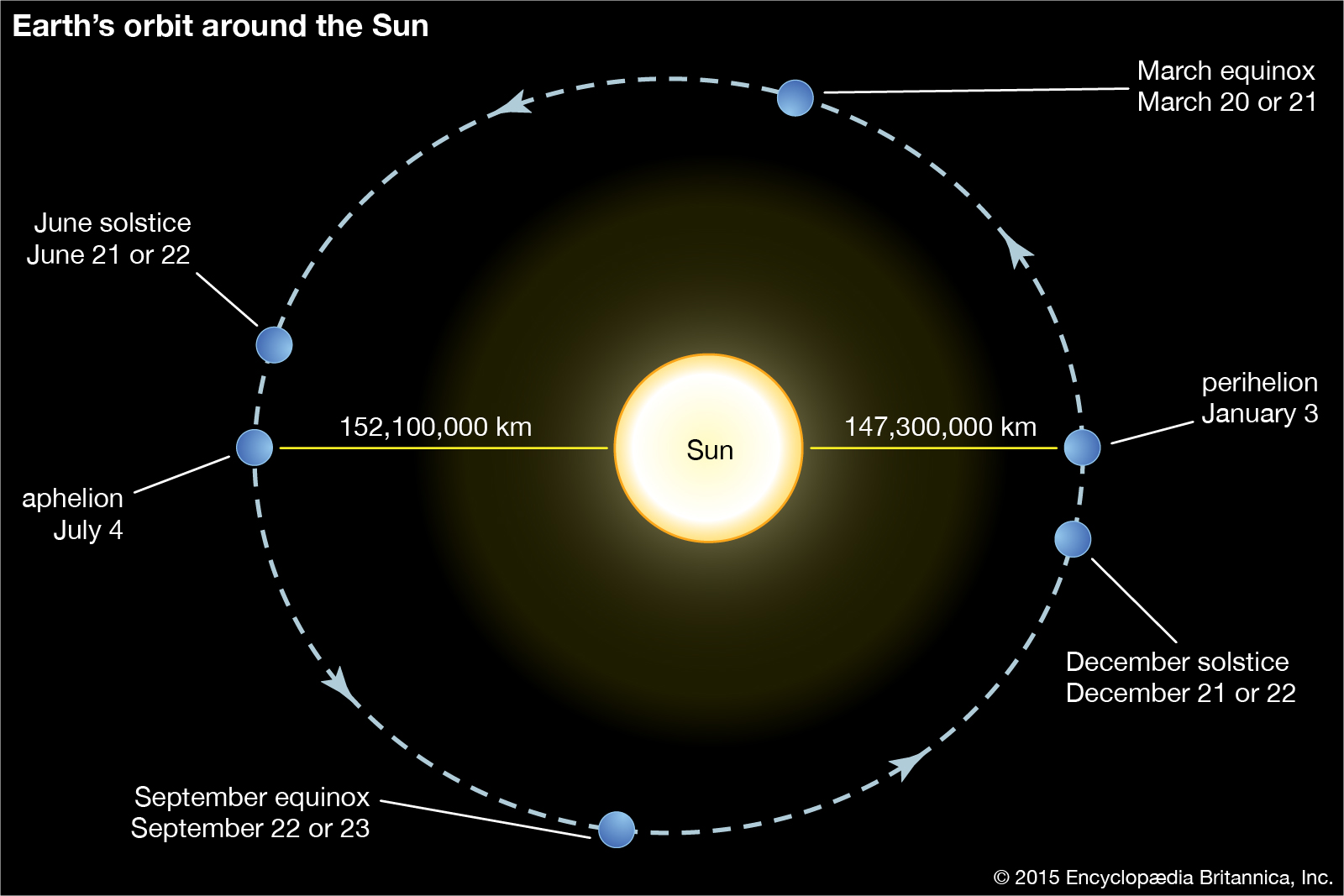 (This image is still not circular enough; see comments. The actual drawn orbit would most likely be impossible to distinguish from a perfectly circular orbit.)

That corresponds to orbital speeds of

(according to Ask an Astronomer; I didn't plug in the numbers myself, but that shouldn't be a big deal to do to verify this).

Just speaking generically, if you have a mass orbiting a star, then yes, the velocity of the object increases when it is closer to the host star than when the radius of its orbit is farther away. I imagine the picture is just a generic example and exaggerating an ellipse. It has to do with conservation of angular momentum.

It works the same for all masses in a system. So, comets, moons, planets, whatever... they all do it. 😉

Not the answer you're looking for? Browse other questions tagged newtonian-mechanics newtonian-gravity orbital-motion solar-system celestial-mechanics or ask your own question.