Repulsive force from charge accumulation in a capacitor plate?

During a charged state of a capacitor (Regardless of the type of capacitor), 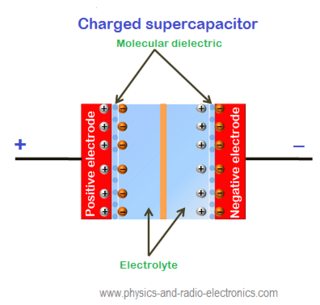 How is the attractive force between the positive and negative charges much stronger than the repulsive forces between them when accumulated in a certain component(plate,dielectric,double layer)?

When I look at the diagram's above, it seems like there are two forces acting simultaneously, the attractive forces holding the electric field, and the repulsive force between like charges within a component.

When a simple parallel plate capacitor is being charged, all what remains is an accumlation of like-charges in a certain region, I'm curious how they are free to move(when discharging) and stay static in position(when charged and unconnected to a load) while there is a repulsive electrostatic force between like charges.

Every time I look at diagrams of charged capacitors, I can't help but notice two electrostatic forces acting at the same time. Yet, the attractive electrostatic force is relevant all the the modes of analysis(electric field,energy storage, charging/discharging).

electrostatics capacitance classical-electrodynamics
Share
Improve this question
asked May 13, 2019 at 16:45

For the electrolytic capacitor (last diagram), the ions in the electrolyte (a liquid or paste) are free to move toward the plates. However, there is a very thin insulating oxide layer on the surface of the plates that acts as the dielectric of the capacitor. Consequently, although the charged ions can move close to the plates they can not combine with the charge on the plates. The very thin dielectric oxide layer compared to ceramic or film capacitors result in electrolytic capacitors having a much higher capacitance (more charge per unit volume of the capacitor).

Not the answer you're looking for? Browse other questions tagged electrostatics capacitance classical-electrodynamics or ask your own question.