Why is it that magnetic fields(or any field)not move in space? [closed] 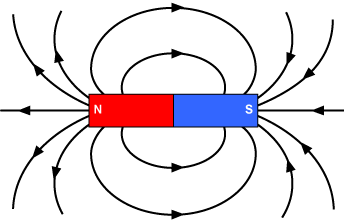 electromagnetism electrostatics field-theory classical-electrodynamics
share|cite|improve this question
asked May 12 '19 at 21:38

Fields permeate infinite space and always have a value at each point. The only sense in which they can move is that those values can change with time. For example, a field can become strong in a place where it was previously weak. So you could talk about, say, the maximum of the field moving, but the field itself isn’t a localized thing that can move. It’s already everywhere!

By the way, there actually is only one electromagnetic field in the universe. If you have, say, two magnets, they just make that one field strong near them. They don’t actually have “their own” magnetic fields, although we often talk as if they do when we calculate things.

Every photon in the universe is a quantum of this one universal electromagnetic field!

The details of this interaction depend heavily on how exactly the magnet is being moved, and may or may not involve the production of propagating electromagnetic waves (for example, an accelerating magnet will generate electromagnetic waves, while a magnet moving at a constant velocity will not).

The fields are stationary with respect to a coordinate system fixed to the magnet.

Not the answer you're looking for? Browse other questions tagged electromagnetism electrostatics field-theory classical-electrodynamics or ask your own question.