When I create a double slit in a mirror by removing the paint and silver I get a beautiful interference pattern. What’s interesting to me is that I get one in the opposite direction too. What has me puzzled even more is that the “reflected” one never passes through the slits, yet it produces a beautiful interference pattern, equal in brightness and definition to the one that actually goes through the slits. Even when I turn the mirror around where the paint side is facing the laser I still get a clear pattern in both directions. When I simply use painted glass I get the same results. This has me so perplexed that I created a YouTube video showing what’s happening https://youtu.be/lELlRpmGOYE What’s going on? Wave simulator apps do not show congruent waves reflecting in both directions.

reflection double-slit-experiment interference
Share
Improve this question
asked May 10 '19 at 0:50

With the back of the mirror nearest the laser the two exposed slits of glass reflect the laser light and act as two coherent sources.
It is a double slit/source arrangement and I would expect the fringe pattern to be less bright than the conventional straight though pattern because not that much light is reflected from an air/glass interface.

With the mirror reversed there are two effects ie the silvered side nearest the laser. The reflection of light from the part of the mirror which is still silvered and this is the narrow bright spot.
The reflection of light from the two glass/air interface slits which act as two coherent sources and produce a double slit interference pattern.
This fringe pattern can be seen because it spreads the light outside the narrow beam of light which has been reflected from the slivering on the mirror.

Update after some experimentation which confirms my original answer.

In the past to manufacture double slits I have used a microscope slide painted with aquadag (colloidal graphite but I must say that using a mirror is certainly easier and produces better slits.
To produce the slits I never moved the straight edge (metal ruler) and inclined the Stanley blade utility knife through a small angle between cuts as shown below. 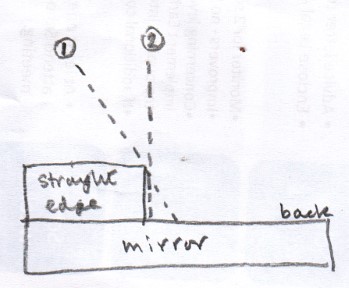 All the transmission and reflection fringes confirmed a double slit interference pattern modulated by a single slit diffraction envelope as shown below the photographs being produced using an oldish iPhone. 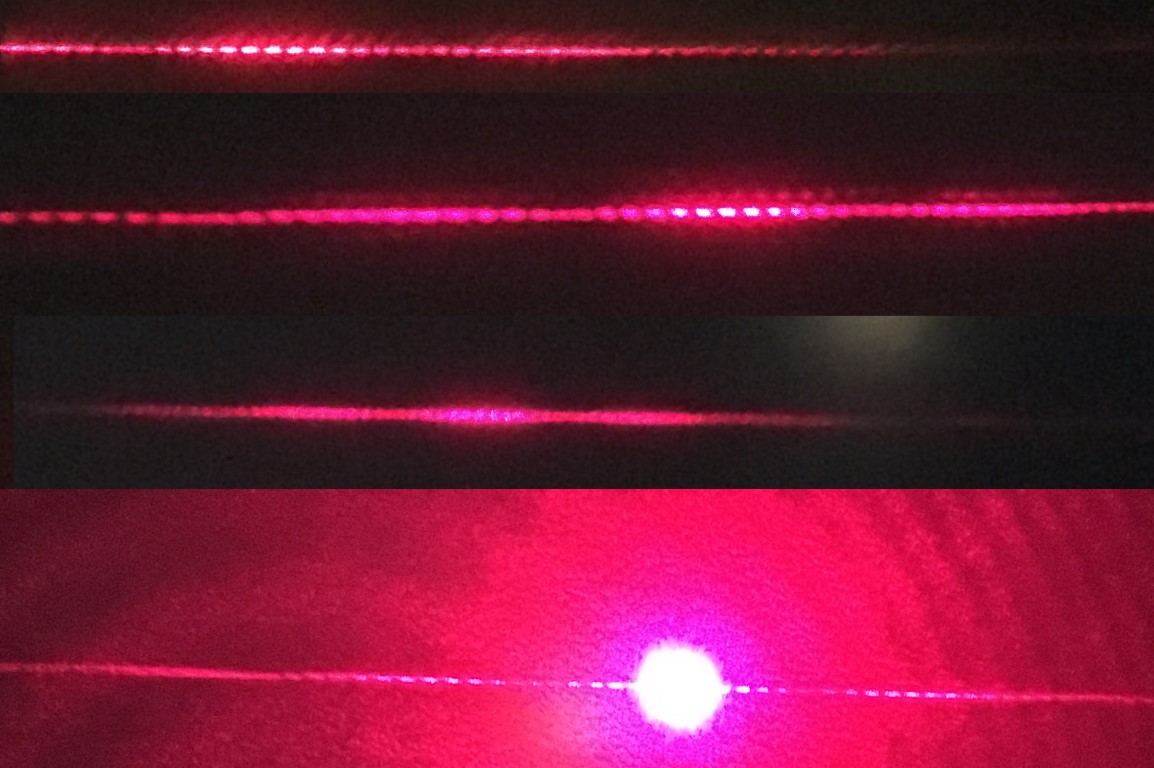 The photographs were not all taken from the same distance and that is why the fringe spacing looks different.
The first two are transmission with mirror back and mirror front towards the laser and the last two are reflection with mirror back and mirror front towards the laser.
The third photographs is reflection from the glass surface (and the back of the mirror) with the fringes much less bright than with transmission.
The fourth photograph also show the light from the laser being reflected from the rest of the mirror to produce a very bright spot.
Interference by reflecting slits is the basis of the reflection grating and is the reason for the colours seen when white light is reflected from a DVD.

Using a Canon camera enable greater control over the photographs.

When the laser light was being reflected from the front of the mirror as wll as the interference pattern due to the two slits and the bright reflection, another effect was observed as shown below. 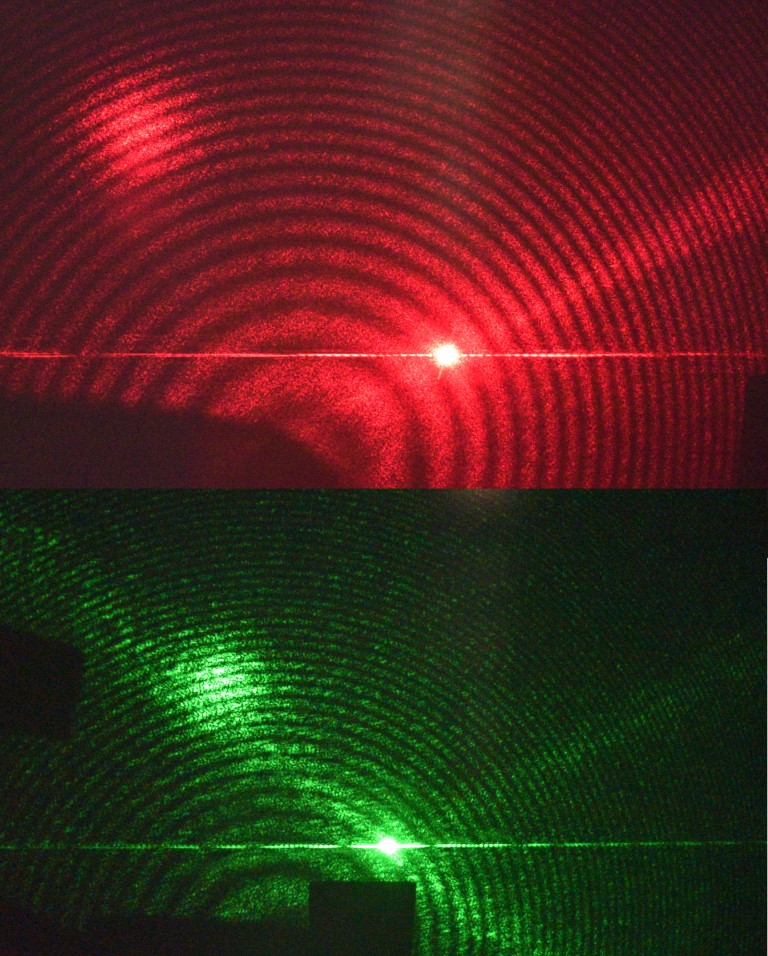 It looks like you have found yourself a case of Babinet's principle! It states that any diffraction pattern generated by some aperture $B$ is equal to that generated by its complimentary aperture $B'$ (meaning that if we combine the two we would block all the light).

If we look at what happens to the wavefront when it propagates through your mirror, we get the usual diffraction:

This happens because the edges of the slits are point sources as per Huygens's principle, so in the limit of small slits we simply get a point source. If the wave were to reflect back off of the surface like in your case, the edges would do exactly the same, that is:

Babinet delivered the proof that you can generalize this to any two apertures that are each other's complements.

Now to come back to the question in your title: the light does not necessarily need to pass through a slit, it merely needs some edge to diffract off of.

Excepting a delta spike at zero (the transform of 1), the interference patterns will look (we don't see the phase but power spectrum) the same.

Note that due to the backwards zero angle delta spike, the patterns are visually different. Contrary to Julius' answer.

Not the answer you're looking for? Browse other questions tagged reflection double-slit-experiment interference or ask your own question.

5
Explanation for possible interference on a home mirror?