Hi I'm stuck on a conceptual question I am working on which has frustrated me as I'm not sure I still understand this topic but essentially the question is asking:

You complete a Youngs double slit experiment and observe a good interference pattern. Out of curiosity you now use two separate light sources instead of one to illuminate the double slit. Would you observe any changes to the intereference pattern and explain why ?

I think the two light sources would have no phase relation with eachother so there would be no visible interference because they do not interfere. I don't know if this is right though and would prefer a better explanation.

Thank you for any help

Look at the original geometry of Young's experiment, shown here: 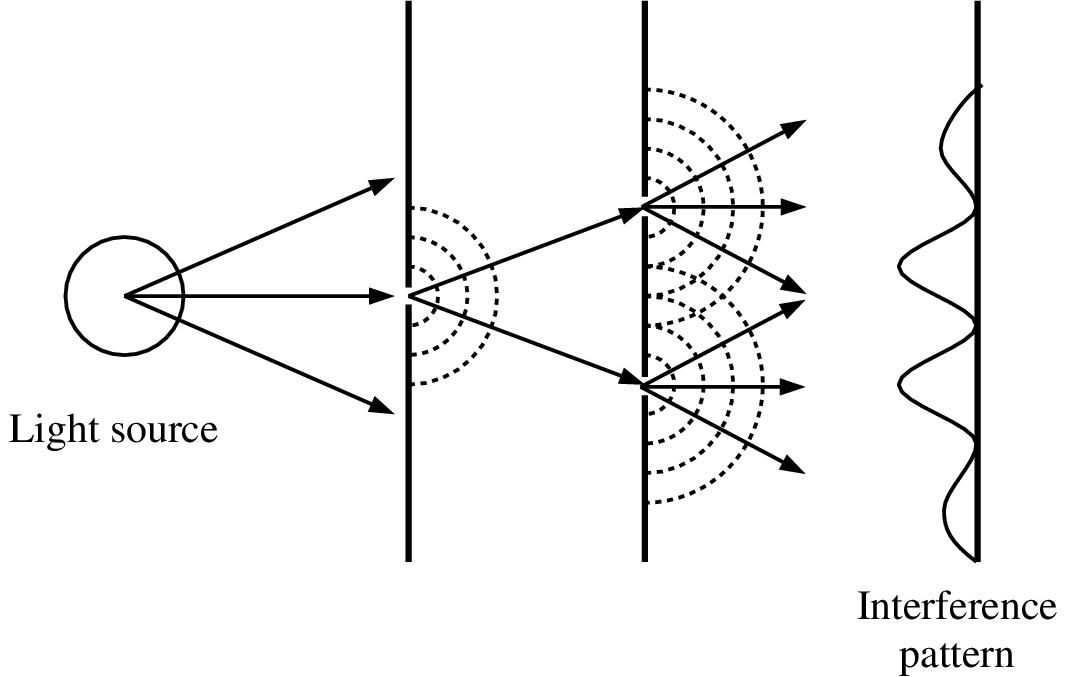 To get a coherent source, one uses as single slit which allows only inphase waves to be transmitted, the rest are reflected back. So you would force coherence even if there were two different sources behind the first slit on the left.

Lasers have coherent beams,so the first slit can be omitted 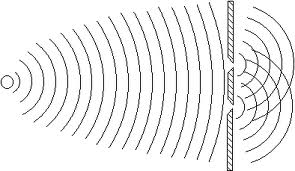 so using light from two lasers would do for your experiment. The result would be that each laser would have its own interference pattern, as seen here with blue and red lasers.

It is evident if they overlap that there would be no obvious interference.

Now if you took two different lasers of the same frequency and by some clever mirror arrangements created one beam, would there be interference registered? I would say not, because of the phase differences between the two components, unless you passed the beam through the single slit as in the original Young experiment, i.e. force it to be coherent.

Recall all of your calculations for the double slit experiment. These started from assuming that the light at each slit was in phase. You now have no phase relation between the two slits, and as such none of your calculations matter. The light is out of phase and does not interfere.

The interference will always be because the total field at a point $x$ is determined with all sources: $\square A\propto j$. Another thing is time stability of the interference picture. It really depends on time correlation of phases of different sources.

0
Should two laser pointers always shine a point on the screen with same intensity?