The question is as follows.

A ferris wheel which consists of two parallel large wooden wheels is joined together with metal cross bars as shown in the figure,is erected so that the planes of wheels are in the north-south direction and the magnetic field B which is horizontal at this location.the ferris wheel rotates around the horizontal axis passing through the centers of the two wheels at a constant period of rotation T in the direction shown.LM is the metal cross bars which is at the highest positions shown when t=0.Sketch the Variation of induced electromotive force(e) at the end L of the cross bar with respect to the end M with time t for one complete cycle. 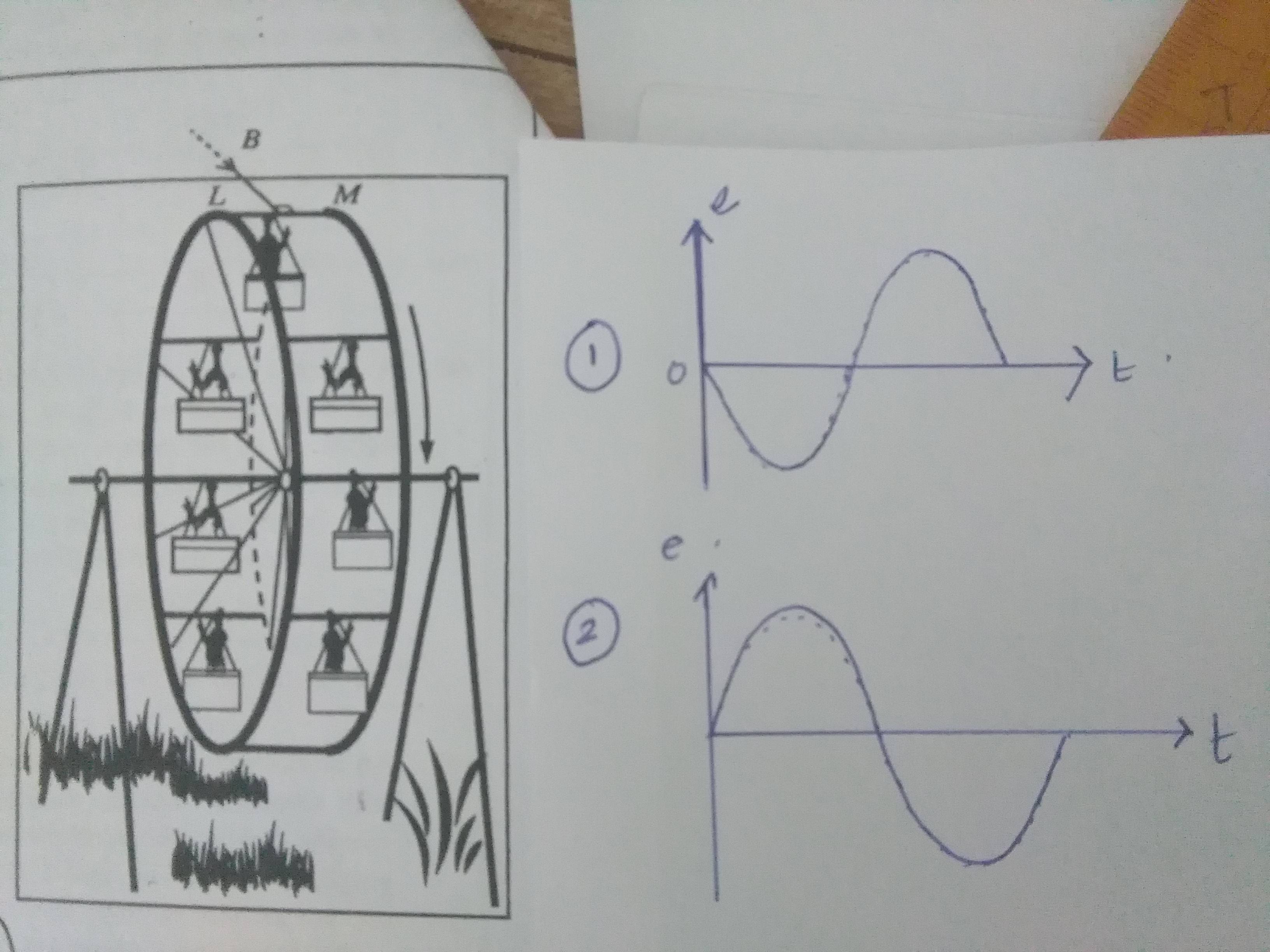 I think that the answer is 1.when the wheel completes a quarter of a cycle we can apply the right hand rule and it tells us that the current is from M to L.That means end L is at a lower potential.So the EMF e at L should be negative at end L compared to end M.

But my teacher insisted that the answer is 2.I don't understand why it is so?

3
EMF Induced in a solenoid
0
Polarity of emf induced in open circuits
1
What is induced EMF?
5
Rotating bar magnet : current induced in circuit
0
What actually is Induced emf?
2
Induced EMF vs battery EMF