When deriving the electrostatic boundary conditions for any charge distribution (to my knowledge at least), Griffiths in his textbook references this illustration: 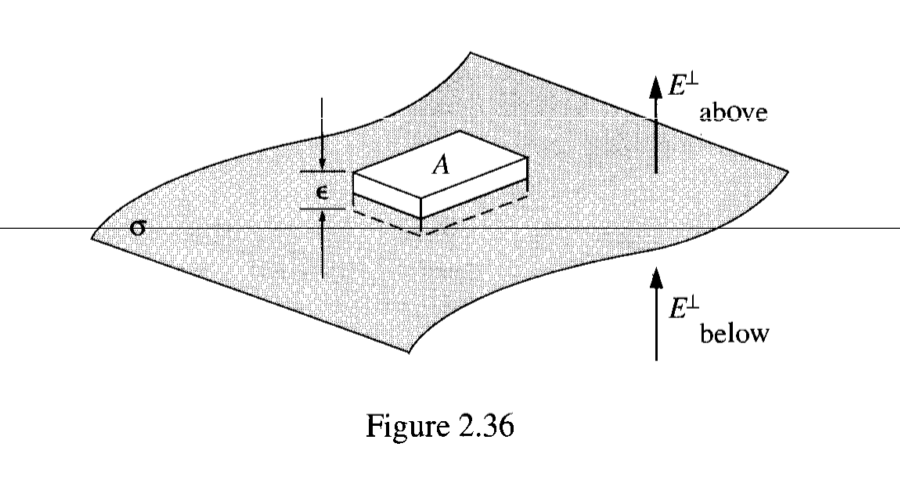 So, when considering the boundary conditions for any distribution with a surface charge density painted on it $\sigma$, it looks like we can consider this image. Is this because if we zoom in super super close to any volume, locally, we can approximate this surface with charge as a plane of charge? If not, how else is this approximation justifiable to derive the electrostatic boundary conditions generally?

We seem to be, for any surface, assuming the geometry of the surface and the direction of the electric field (which is either due to the surface charge or the volume charge density this surface is covering) through it.

In fact, in the analysis of the parallel component of the field, this illustration is used: 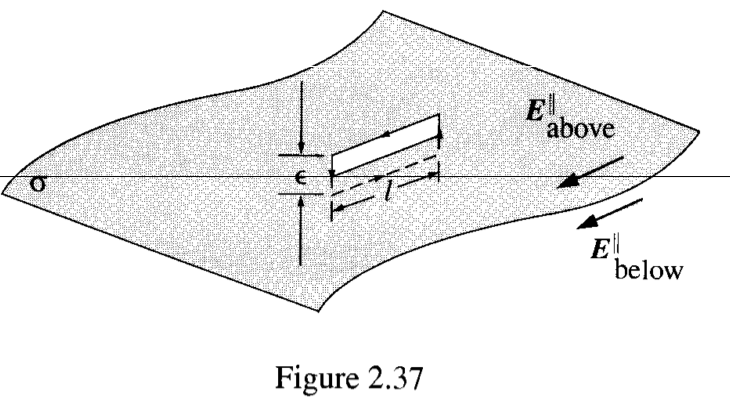 Here, it makes sense that the two non-trivial components of the line integral are of opposite sign, but only because Griffiths elected to have $\mathbf E$ look this way. Why does he have justification in doing so while still stating this applies generally?

I think my main question is:

Basically, why is $E_{below}$ and $E_{above}$ parallel, as opposed to, for instance, antiparallel or at some arbitrary angle from eachother?

Why is it also the case for this (which was also used by Griffiths for deriving the magnetostatic boundary conditions): 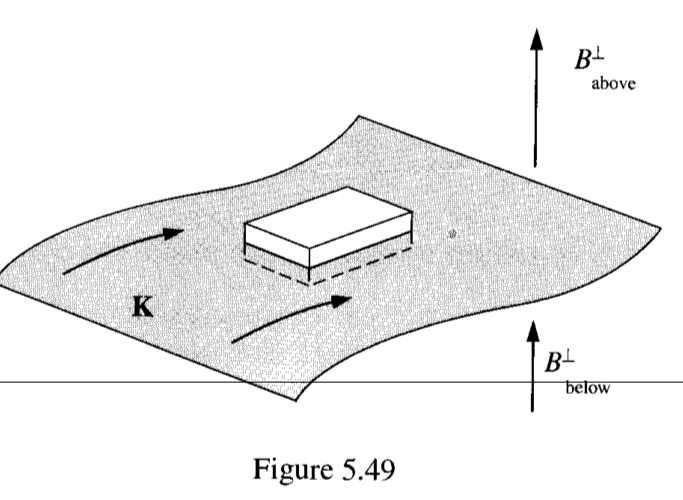 The $B_{above}$ and $B_{below}$ certainly don't come from the surface current, as they can't diverge from a plane like that from a cursory glance at Maxwell's equations, but why are they oriented this way?

electromagnetism electrostatics boundary-conditions
Share
Improve this question
edited May 5, 2019 at 10:52
sangstar
asked May 3, 2019 at 21:21

Thankfully the continuity relations at the boundary are local so yes it’s legit to make it a local argument by considering the surface to be locally flat. The direction is as shown because one defines the positive direction to be in the direction of a normal vector to the surface, and this normal vector is same for both sides of the surface.

Not the answer you're looking for? Browse other questions tagged electromagnetism electrostatics boundary-conditions or ask your own question.

0
Orientation of field at electrostatic boundary