Effects generated from a supercapacitor placed in a time varying external magnetic field? 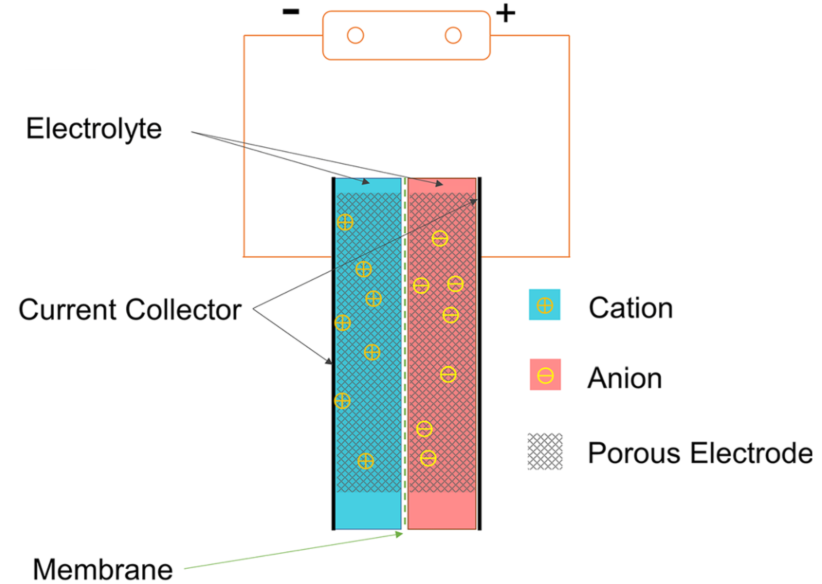 The diagram above, showcases the simple outlook of a supercapacitor's interior and combining it with a full circuit loop.

If an exterior magnetic field is introduced in all the operating states of a supercapacitor(Active: charging/discharging | Inactive: charged/discharged) would there be a net non-zero Lorentz force on the capacitor? Because, we have charged ions in motion when being charged or discharged. 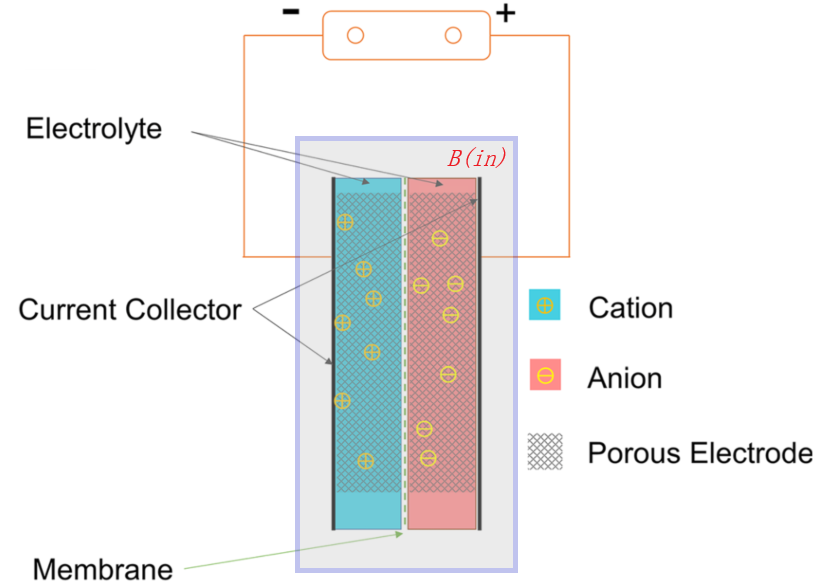 I could also complicate the problem, by applying some conditions:

When I attempted to model the problem, I reached to the following conclusions:

1) The Lorentz force acting on the interior of the capacitor(electrolyte and the ions within) when they move(during charging or discharging) is not the only force at play, there is an electrostatic force between the ions, in addition, to chemical forces, all in a very tight space so the effects due to the Lorentz force, could usher in greater magnitudes of reactions from both(electric & chemical).

2) If the magnetic field was changing, a non-conservative electric field would curl around the defined boundary(check diagram#3), however, it's net-effect is zero due to symmetry w.r.t the boundary. 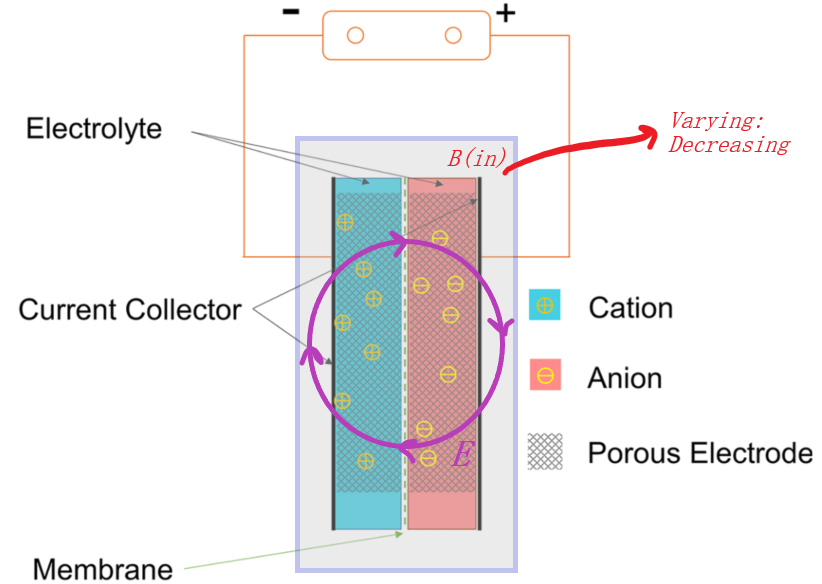 Based on 1 & 2 above, even if the supercapacitor was moving, it would yield the same outcome, regardless connected to the circuit. Formulating this line of reasoning has been a total mess.

If I were to consider a simple parallel plate capacitor, it's easy to say there isn't a net Lorentz force, the plates are close to each other and should cancel out(due to symmetry), the only effect I could consider are eddy currents on the plates themselves.

Any inputs would greatly be appreciated.