When can charge reside on the inner surface of a conductor?

My confusion stems from the following exercise: 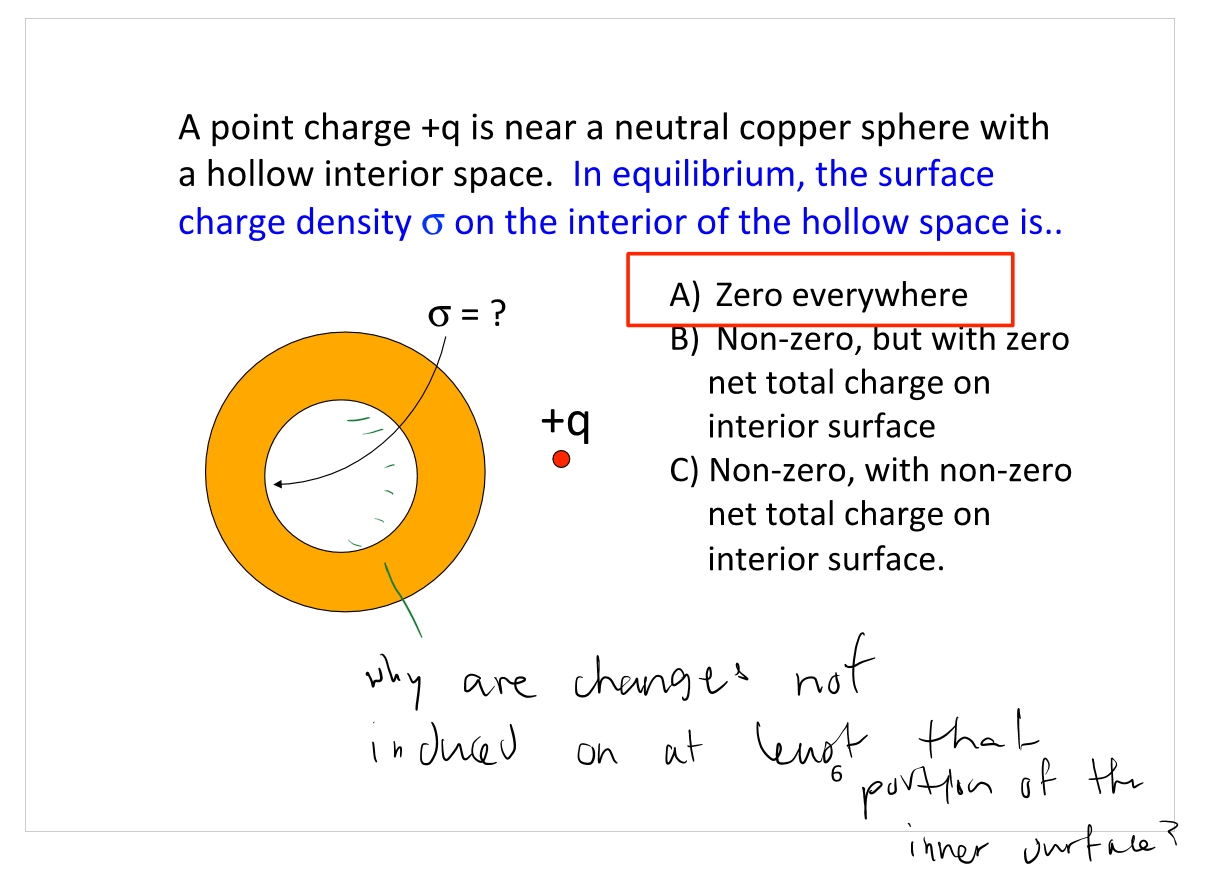 With an empty cavity, I don't see how they couldn't theoretically sit on the inner surface, and in the instance below I don't see how this can't happen. As I've illustrated, the positive charge should polarize the conductor to some degree, with negative charges flowing towards it and positive charges flowing away to it. As such, I'd assume negative charge would collect on the half of the sphere closer to the $+q$ and more negative charge on the inner surface closer to the charge. This seems like what the charges would do given they can move freely within the conductor. Why is this wrong?

Why are charges not induced on at least that portion of the inner surface?

Suppose if +q is brought near the surface of the conductor (like in your diagram) , as a conductor have infinite free electrons on surface , they (electrons on surface) will rearrange them just to make electric field 0. So -q' charge will be induced on right side and as conductor was initially uncharged +q' on the left hand side.Now if you make the diagram net field due to external charge +q will get cancelled by induced charges. Since electric field is 0 there will be no need of charges to get induced inside the cavity.

This is because if you gave +q charge to a conductor they will automatically adjust themselves so that electric field inside a conductor becomes 0.

When can charge reside on the inner surface of a conductor?

However , if a charge is given/ placed inside the cavity now charges will be induced on each layer of conductor and cavity.

Electric field can't hold them there, because in metail in equilibirum, electric field has to be zero everywhere. The electric field due to external charged body is completely screened out by surface charges induced on the outer surface.