The exercise below aiming to test my understanding has me confused: 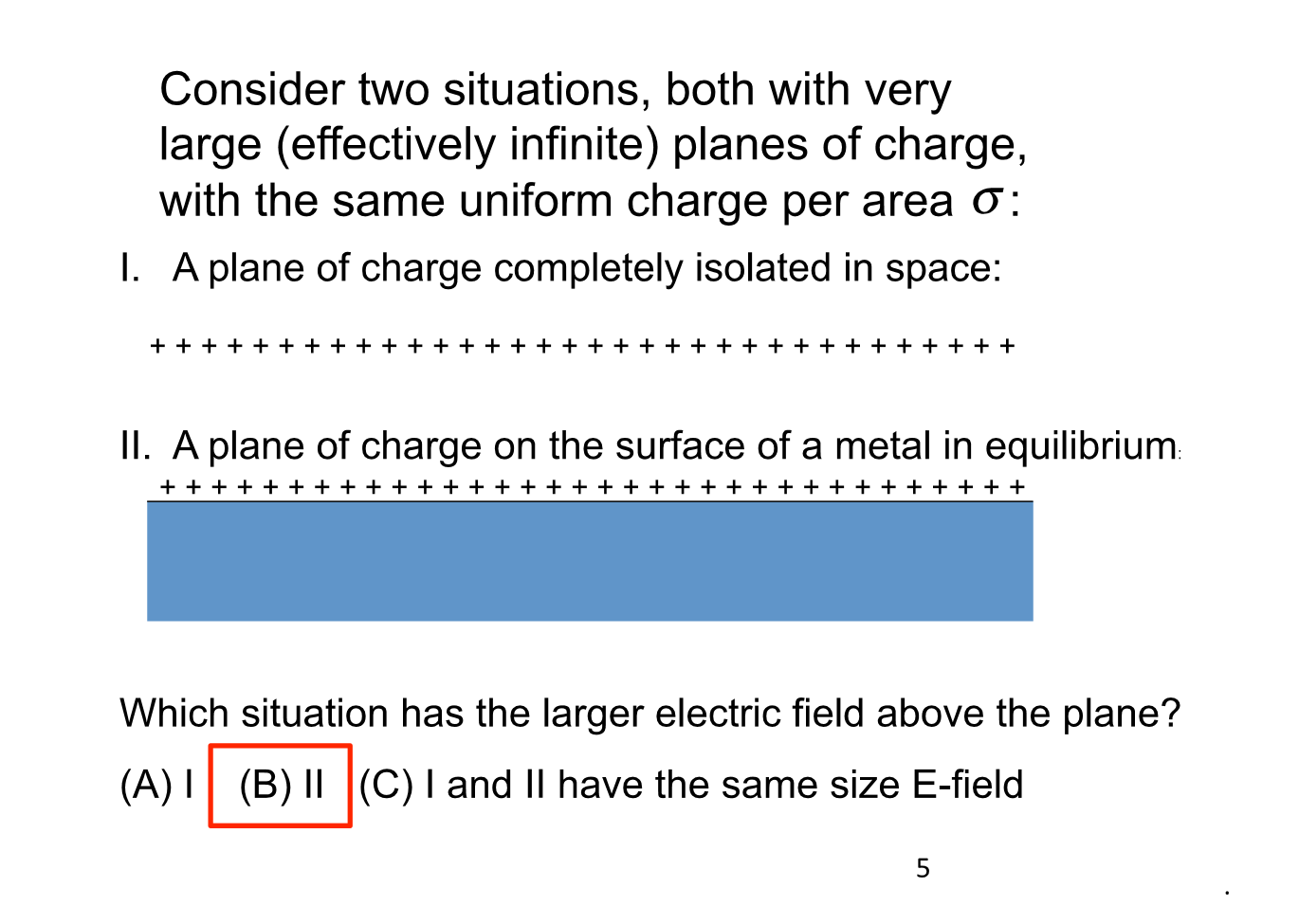 Why is the answer $(B)$? To me, I can envision for infinite planes of charge that its electric field lines are leaving normal to the plane and constant in magnitude everywhere.

I can envision for infinite planes of charge that its electric field lines are leaving normal to the plane and constant in magnitude everywhere.

In the free-space plane, electric field lines penetrate the cylinder face both "up" and "down." Because the field lines are parallel to the axis of the cylinder and away from the plane, the integral turns out to be $2EA$, so $$2EA=\frac{\sigma A}{\epsilon_o}.$$

Remember that d$\vec{A}$ points outside the volume of integration on all surfaces.

For the conductor, the E-field lines are only "up" away from the conductor surface (for positive charge, "down" toward the surface for negative), so only one end of the cylinder contributes to the integral. That's because the electric field inside a statically-charge conductor must be zero. That is because if the field was not zero, charges would be accelerating inside the conductor, and hence, not static. The static charge of a conductor resides totally on the outside edge of the conductor (not considering charge hanging in an empty cavity surrounded by conductor).

I'll let you do the math for the Gauss's Law application to the conductor plane and compare the results.