Would an object hit the ground faster when it gets launched vertically upwards or downwards?

A while ago I had a discussion with someone about the speed of an object when it hits the ground. When does an object hit the ground faster:

The attraction “The Booster” has an arm that has a constant speed (about 120 km/h) is about 80M high and undergoes full revolutions. 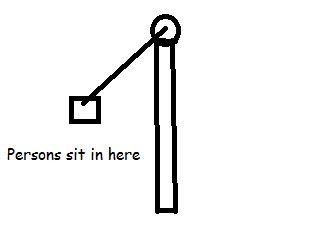 In this situation the cart gets disattached at 90 degrees. 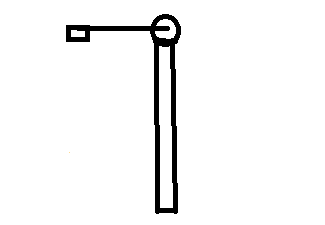 I think that the cart hits the ground with a higher speed when it's launched to the ground because of:

In my answer I use Conservation of Energy. Our goal is to maximize the kinetic energy of the cart when it hits the ground. $KE = \frac{1}{2} m v^2$ , so maximizing KE would maximize the velocity (since mass is constant)

Not the answer you're looking for? Browse other questions tagged gravity speed or ask your own question.

4
Could we make a trebuchet that could launch objects to a stable orbit?
2
Lever Mechanics - How to formulate an ideal lever launch
0
What physical conditions would allow for this kind of perpetual seesaw
1
Does air resistance increase the speed of a falling object?
0
Why do two similar objects not hit the ground at different times?
1
If the earth constantly exerts a force on air molecules downwards, then why do they not fall to the ground?
6
Does gravity slow down sound (does sound travel faster downwards than upwards)?