Infinite field but finite potential Is it possible?

I calculated the electric potential at any point (assuming zero potential at infinity) on the circumference of a uniformly charged ring (non conducting) and after evaluating that integral it turns out to be infinite!

But in case of a uniformly charged non conducting disc the potential (at the edge of the disc) is a finite value.

EDIT:I can show how I evaluated the potential at circumference of ring 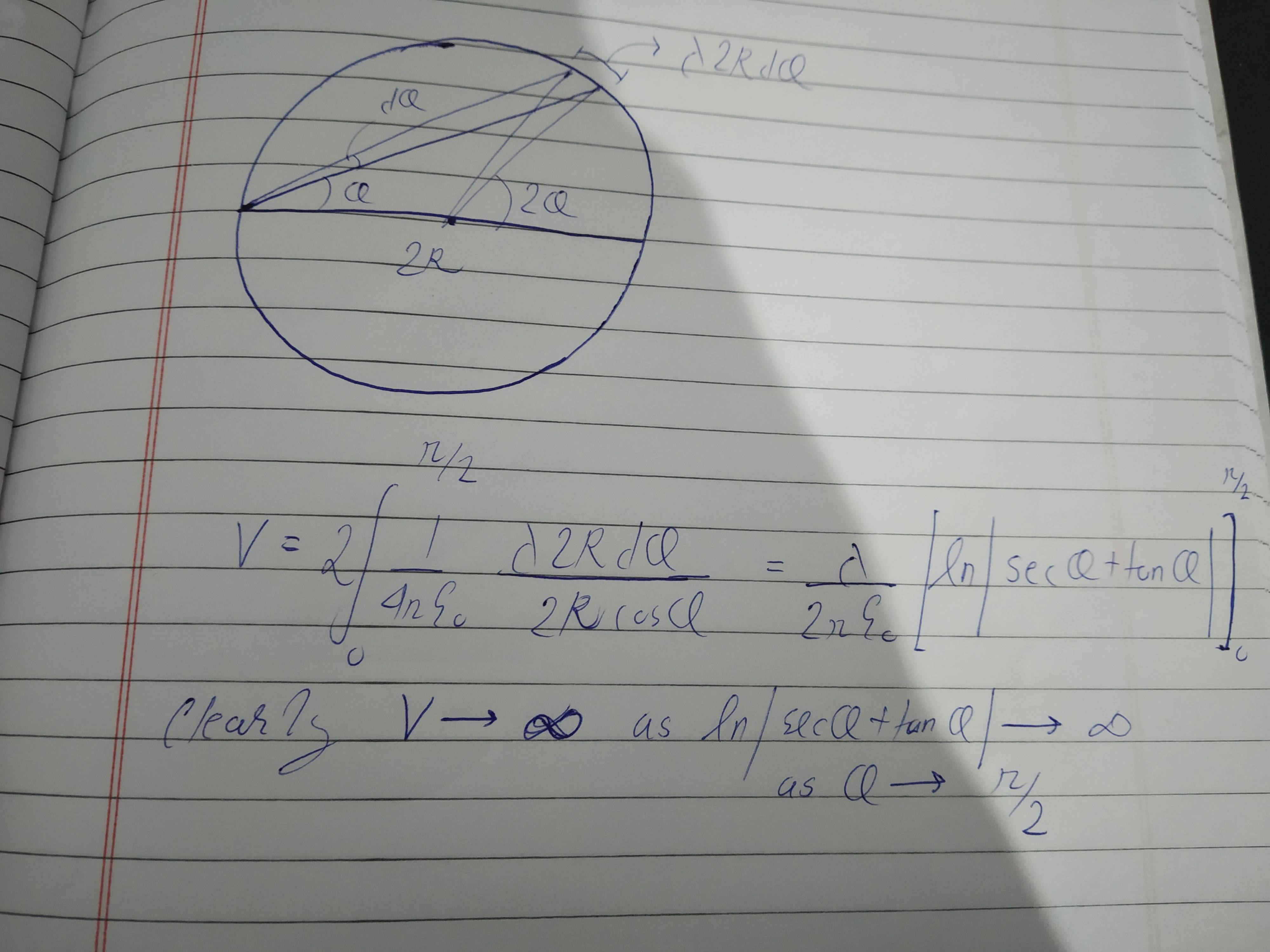 I also calculated the electric field at the edge of disc and ring, in both cases the field turns out to be infinity. I'm surprised that in case of disc the potential at edge is finite value but the electric field is INFINITY! How is this possible ? If I have infinite electric field in a region then its potential should be infinite because if I'd take a test charge and come very close to that region (adding up the work performed by external force to get the value of potential) then I would have to apply large external force to place the charge at that point! How can a point have infinite field and finite potential it seems highly counterintuitive to me!

I know the question is about the potential and not the field strength, and I realize that the field strength can be infinite without having an infinite potential, but the point of this argument is that there is a qualitative difference between charges that are distributed over 0 or 1 dimensions versus 2 or 3.

Not the answer you're looking for? Browse other questions tagged electrostatics charge potential potential-energy or ask your own question.