Can a tilted wheel roll straight?

My question is what if the wheel was not "falling" but was instead held tilted at an angle to the ground. Would the wheel still roll straight or would it still turn? 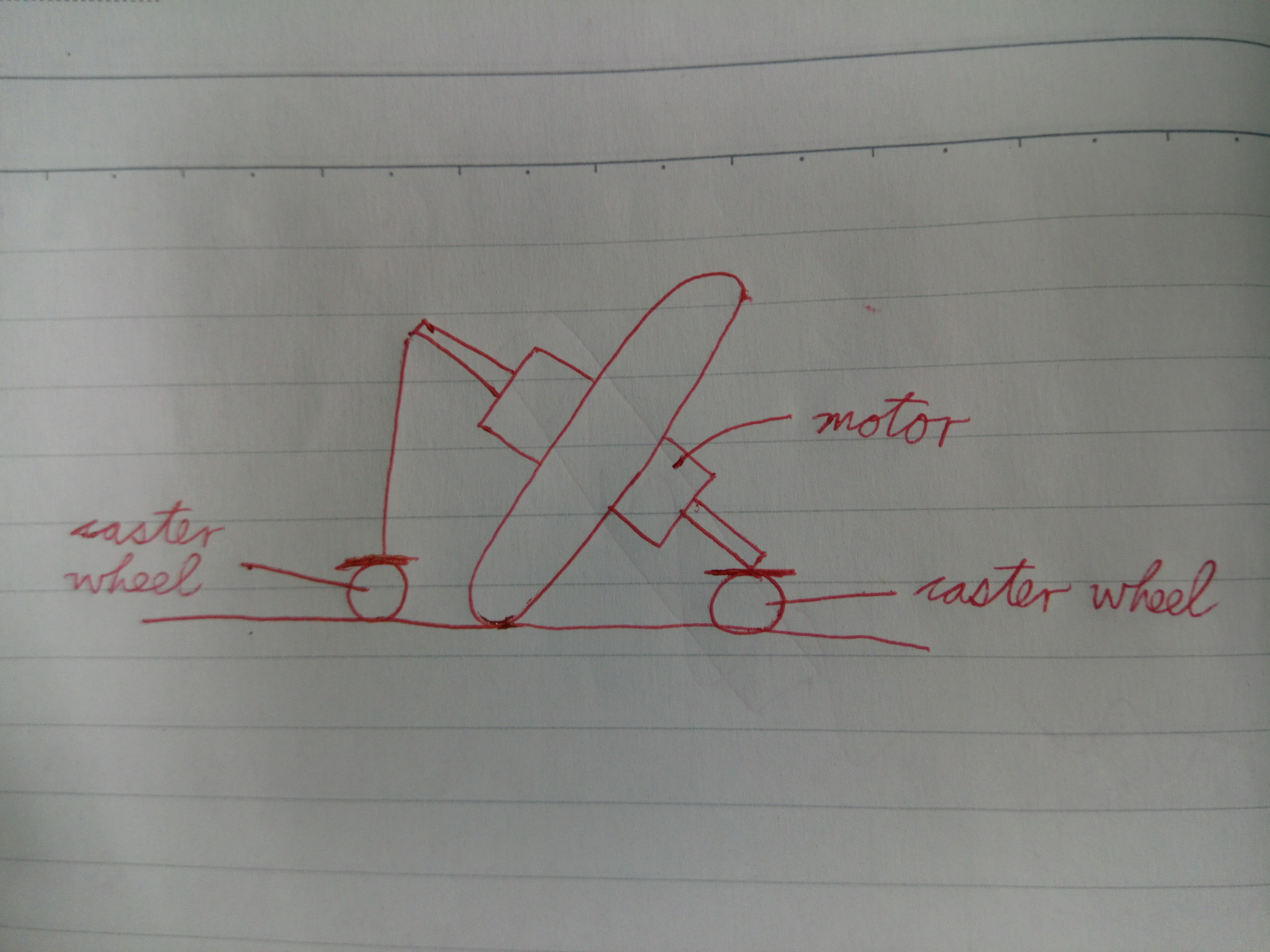 The common explanation that you mention hinges on the property that the rolling wheel is free to tilt and turn, affected only by the rolling motion and whatever features the terrain has.

If the wheel is constrained in any way (in this case a mechanical constraint that maintains a particular tilt angle) then the precession effect is prevented from occurring.

The precession effect requires motion. The wheel is in rolling motion, when in addition to that there is a tilting motion the response is a turning motion.

With the depicted setup (caster wheel sustaining a tilt angle) the contraption will respond differently to bumps in the terrain as compared to the case of the free wheel.

I'm not sure whether the caster wheels supported wheel will turn. If it does it will (I guess) be due to camber steering, not due to some precession effect.

When tilted, the fact that the wheel is tilted is in itself not a cause for precession effect. You need a tilting motion. Just a small tilting motion will do, and the subsequent turning will tend to return the wheel to upright.

The crucial element of your question is

"held tilted at an angle to the ground".

Unless we know exactly what that means, the question cannot be answered.

For example, suppose a wheelchair is made with tilted but rigidly fixed axles on its two sides (typical for racing wheelchairs). It will certainly roll in a straight line.

For a single wheel, the axle's tilt is defined by two parameters: vertical angle and horizontal angle. If both are kept constant, the wheel will roll in a straight line.

I'm sure it would roll in a straight line, as long as the way the wheel is contacting the ground doesn't alter its direction. It's not falling or moving out of its plane of spin, so it would have a tendency to not move outside that plane.

Not the answer you're looking for? Browse other questions tagged angular-momentum torque rotational-kinematics or ask your own question.