How is it possible that one face of my electromagnet produces stronger magnetic field than the other? 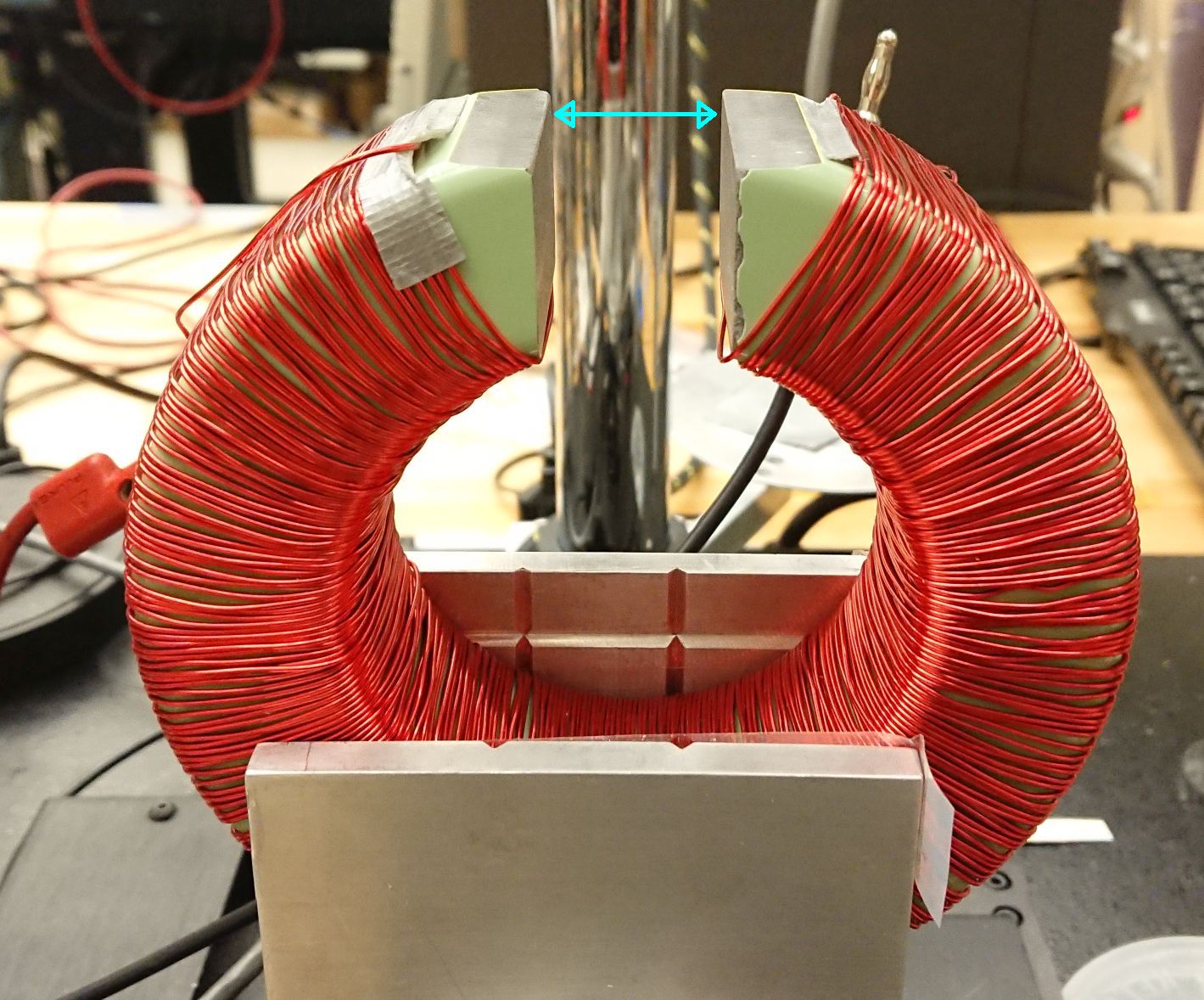 I work in an experimental research lab. I made an electromagnet by having the machine shop cut through a toroid core and hand-winding wire around it. The objective is to have a region of uniform magnetic field above the gap for testing my devices. (The cuts on top of the magnet allow for placing a sample holder on top.) The faces of the magnet in the cut are parallel to each other--at least, by the naked eye. I used a Gaussmeter (425 Lakeshore) to measure the strength of magnetic field as a function of position, slightly above the gap, by recording the field strength at every 1mm interval going from one side of the gap to the other.

EDIT: Added arrow in photo to indicate approximate path of where I took measurements. Imagine that this is slightly above the gap.

This is the result I get: 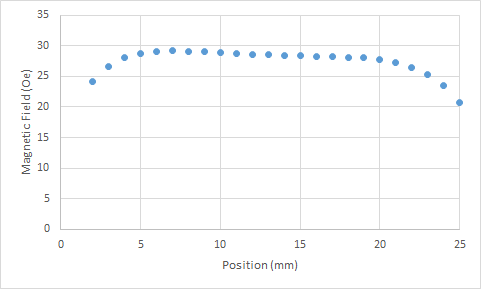 As you see, there's an overall slope, and the part where the field strength starts to rapidly drop off on the right is lower in magnitude than on the left. I need the area in the middle to be uniform across, not sloping.

What is the explanation for why this is happening? It is a single block of the same material, so I would expect the material to be magnetized uniformly everywhere. So each face of the electromagnet should have the same density of magnetic poles, and therefore the field strength should be the same on each side.

Is it that the winding of the wire is uneven on one side compared to the other? That's the only explanation I can think of so far. Maybe if the density of wire windings is greater on the left than on the right, the magnetization would be stronger on the left?

What if I wound it such that only the bottom half of the toroid has wire around it? That would probably reduce the field strength but would it make the magnetization on each face of the cut more equal?

Your meter measures total field, which is not equal to the field of your electromagnet, but has contributions due to nearby objects and Earth's magnetic field.

Also, the measurement may have been inaccurate, winding is not exactly symmetric, the core's permeability may not be exactly the same everywhere.

To obtain uniform field, one has to take into account these things. In practice several pairs of Helmholtz coils are used to prepare magnetic field of high uniformity - for example, at least one pair to create the desired level of field strength, and another to cancel external bias due to Earth's field.