Why energy matters for light to escape event horizon?

I like to know why photon with sufficient energy can avoid being pulled into the event horizon? Most light will get trapped and forms into photon sphere while some can escape, isn't light supposed to be geodesic also more energy does not equal more speed particularly in this case of light... so what's give?

I read in the Wikipedia article "Photon sphere:"

As photons approach the event horizon of a black hole, those with the appropriate energy avoid being pulled into the black hole by traveling in a nearly tangential direction known as an exit cone. A photon on the boundary of this cone does not possess the energy to escape the gravity well of the black hole. Instead, it orbits the black hole. These orbits are rarely stable in the long term.

Thanks for editing the question to provide clarification. The material you quote from the Wikipedia article is simply wrong. Note that the article has a template at the top warning that "This article needs attention from an expert on the subject." The trajectory of a photon near a black hole has nothing to do with its energy. The geodesic equation has uniquely defined solutions for a given initial position and initial four-velocity. Two photons with different energies will still have the same trajectories if they start at the same position and with the same initial four-velocity.

I've edited out the incorrect material from the WP article, and left comments on the article's talk page.

The difference between escaping photons and trapped photons is the direction of their geodesic. If you consider a 4 dimensional blackhole,which really exists in our universe, the spacetime position of photon is represented by coordinates (t,r,θ,φ) where θ and φ express the angular position around the blackhole. And let's suppose photons are at the slightly outside of the event horizon.

A photon which travels in the purely radial direction (when time goes, r is increasing but θ and φ are unchanged) escape from the blackhole (because it is slightly outside the event horizon). But A photon which travels in the angular direction can stay with respect to radial position. This is unique phenomenon of Einstein gravity in some sense, because in Newtonian gravity it depends only on its energy whether a particles can escape from the gravity.(And I suppose this is why you mentioned the energy of light.) In Einstein gravity, photons go through the same null geodesic regardless of its energy, defined as initial condition of geodesic equation.

In the case of 2 dimensional blackhole, which is frequently used for simplicity, there is no angular direction, so there is no trapped photon except for the case that it is exactly on the event horizon. This is easily checked by writing Penrose diagram. 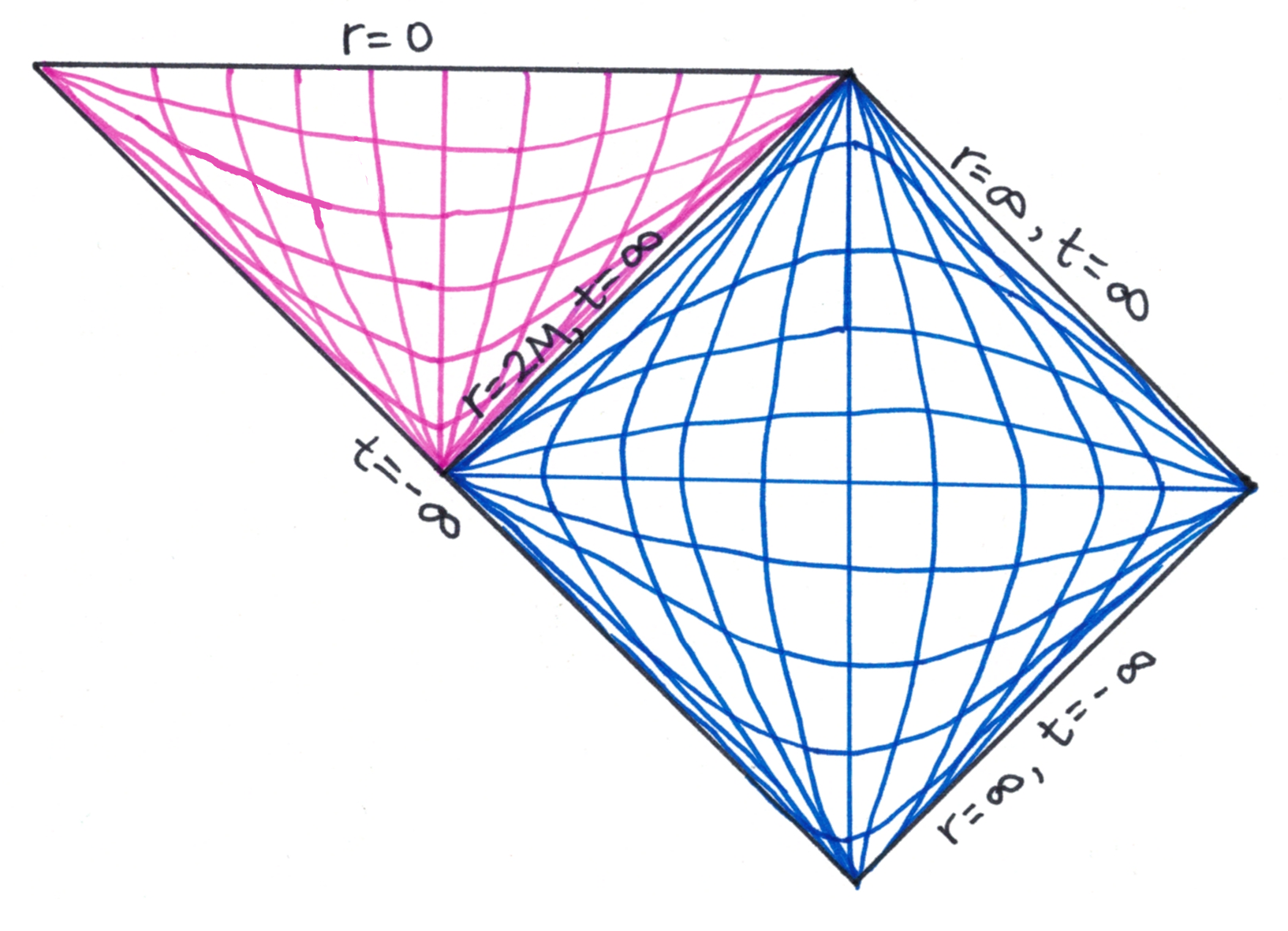 Not the answer you're looking for? Browse other questions tagged general-relativity black-holes photons event-horizon or ask your own question.