Why is there no jet visible in the M87* black hole radio image?

M87 is known to contain a jet that is likely created by the supermassive black hole at its center. The recently published radio image taken by the Event Horizon Telescope does not display any noticeable jet. I can think of a few reasons why, but lack knowledge to give a scientific answer. For example

Can someone give a scientific explanation?

I think the answer is a combination of your first two points.

There was an earlier study by Kim et al. (2018), also using Very Long Baseline Interferometry, to resolve the jet structure all the way down to a few Schwarzschild radii.

The resolution (about 100 $\times$ 50 microarcsec) was not quite as good as the Event Horizon Telescope ($\sim 20$ microarcsec), but the field of view of the presented images was much larger.

Below is one of the stacked images presented in that paper. It appears to show the jet being launched very close to the black hole, but the jet emission merges into the "core" emission (that we now know to be a bright photon ring), at a radius of about 200 microarcseconds and the jet appears to have a big opening angle and a width of some 600 microarcseconds where it is launched. 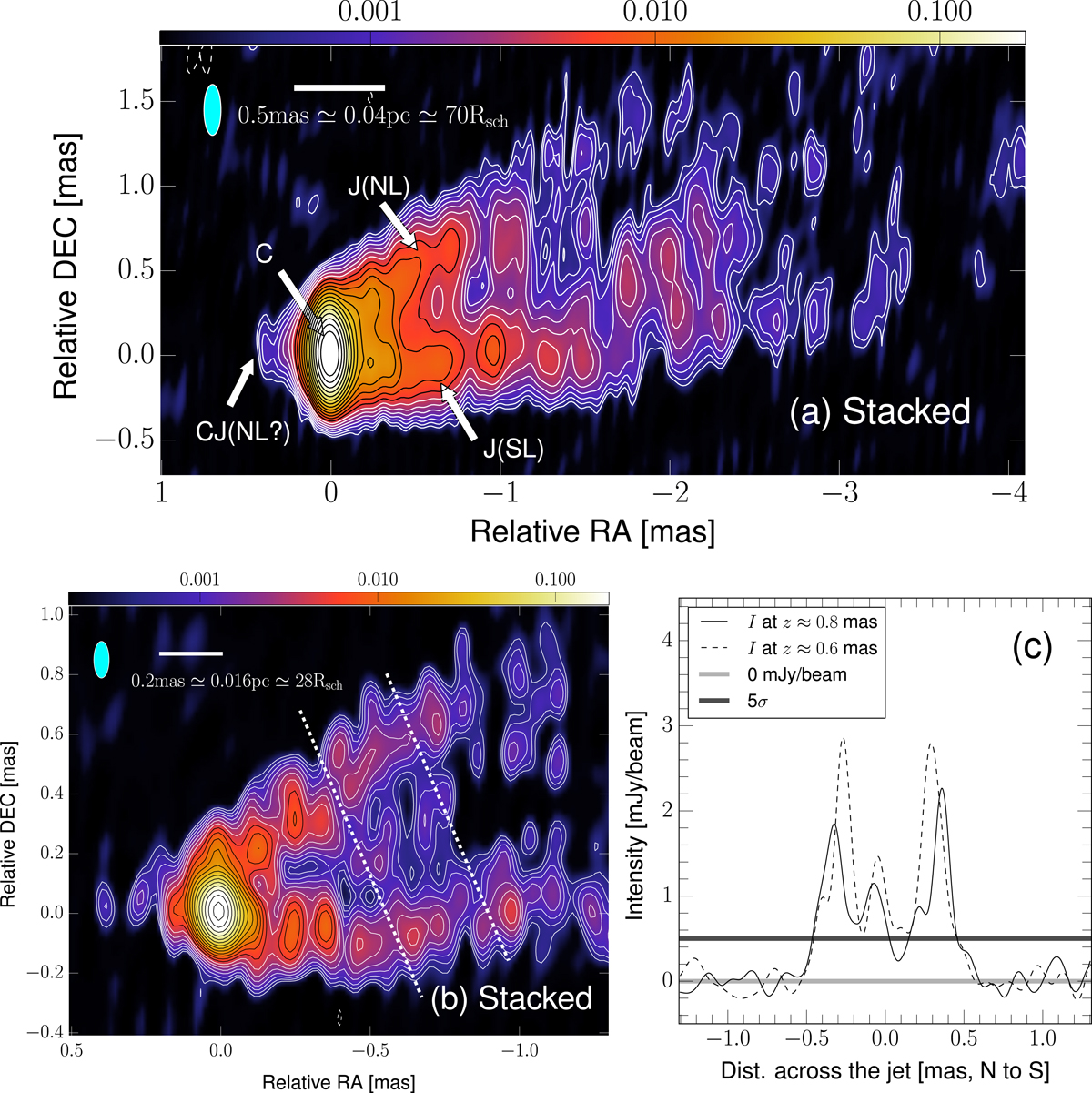 The whole EHT picture is only about 150 microarcseconds across, so I think the answer is that the image is too zoomed in to fully appreciate the jet structure and, since the "core" region appears to be much brighter in Kim et al.'s image (by an order of magnitude), then I suspect even if the EHT image were wider, we would struggle to see the jet on the linear brightness scale that the EHT papers have used.

In fact, these points are perfectly illustrated in Fig.5 of Paper IV of the EHT M87 data release. This Figure - reproduced below, shows how they included a model of the jet emission when modelling the EHT images. 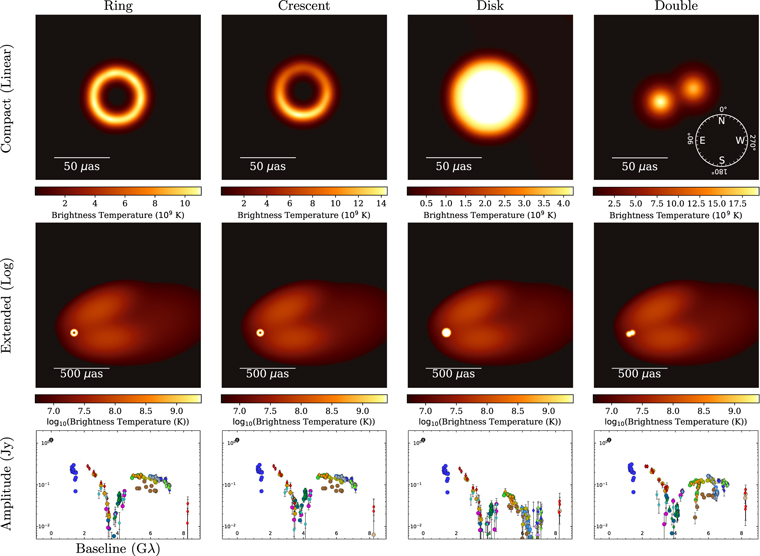 The top images show various toy models that they input to test their imaging pipelines on a linear brightness scale. The middle images show a much wider region with the jet added and with a logarithmic brightness scale. Look how extended the jet is compared to the compact region in the EHT images and look at how faint it is in terms of surface brightness compared with the core region.

In fact if you see the two jets in the image M87. They are very weak and can not be clearly supported because of lack of resolution of the EHT. but if you are looking for a good quality image you can see that two jets come off in opposite directions.

Not the answer you're looking for? Browse other questions tagged black-holes event-horizon relativistic-jets or ask your own question.

31
Did the new image of black hole confirm the general theory of relativity? (M87)

28
Could the black hole in the center of the galaxy be a white hole?
9
Why are there negative energy particles inside a black hole?
43
Why isn't the circumferential light around the M87 black hole's event horizon symmetric?
3
How do you calculate the black hole diameter of M87*?
31
Did the new image of black hole confirm the general theory of relativity? (M87)
0
Image of Black Hole. M87*