What is the electric potential inside a point charge?

But , What about point charge ? Is it infinity inside it ? My teacher told me that it's zero but I am not believing that. 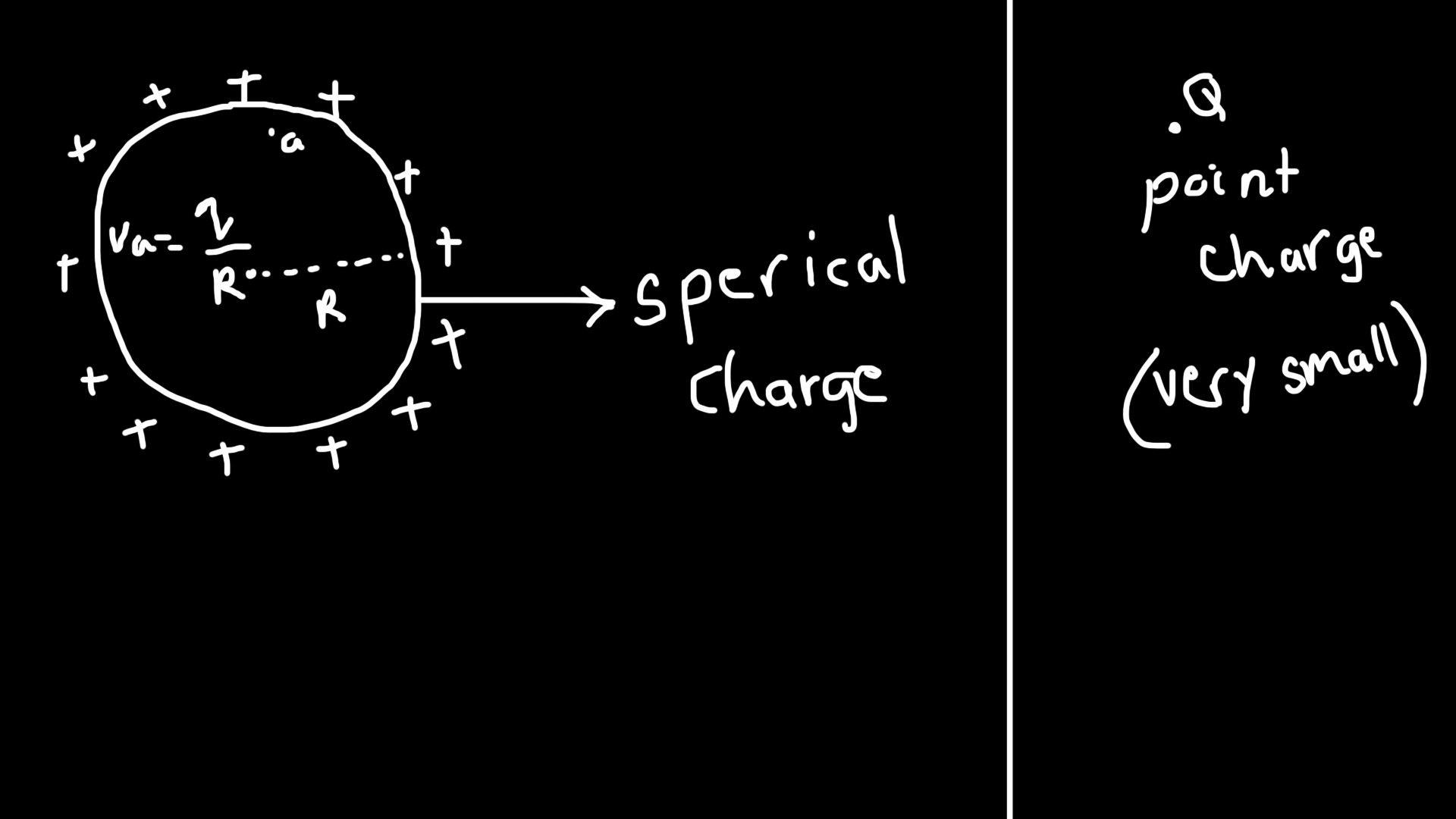 Believe it or not, electric potential is zero (or rather it's a constant). You can prove it via shell theorem https://en.wikipedia.org/wiki/Shell_theorem same math applies to electric potential, see inside shell section (Force is gradient of potential, zero force means constant potential) or http://hyperphysics.phy-astr.gsu.edu/hbase/Mechanics/sphshell2.html for more detailed math.

Note that, $V=kQ/r$ is only applicable outside of an sphere, so there is no infinity for potential (You may ask why only outside?, well you can see it yourself, just consider a sphere and calculate electric potential outside of it, by Laplace equation or direct calculation of potential's integral. Then try to calculate the same potential, but this time inside of shell).

Also point charges (i.e electron, etc) in classical electromagnetic are not really point like, they have in fact radius https://en.wikipedia.org/wiki/Classical_electron_radius .

This post does not really answer your question, but still it is worth reading what I would like to highlight.

But in no way does the electron seem to have a size, although it is still debatable today. So, what mathematics and our reality assumes today is that the electron is a point charge.

A point is something that has no dimensions at all. So there is no inside.

There is no inside for a point charge, so there is no point of using $V=kQ/r$ because mathematics break down over there.

Meanwhile, for a spherical charge distribution on a conducting shell like you have drawn there, the potential anywhere inside the shell is the same as the potential on the surface - $V=kQ/R$, where $r=R$ (radius of the sphere).

Check mathematically why this is the case!

When dimensions become very small, we are no longer in the realm of classical physics where potentials have mathematical singularities as in the classical 1/r Coulomb potential. Point particles belong to the realm of quantum mechanics and there the laws and computational rules are different.

The electron is a charged point particle in the standard model of particle physics, but when interacting with a proton, the potential near the point location is not accessible. What happens the electron is bound to the proton forming the hydrogen atom, and it cannot fall on the proton as the classical 1/r potential indicates. There is a lowest energy state, and it stays there in orbitals, which are instead of a track, probable locations where it may be found.

Actually, the stability of the atom is one of the reasons that quantum mechanics had to be invented. In classical physics because of the 1/r attraction the electrons would fall on the nucleus, neutralizing them, and no chemistry would exist.

The proton cannot become neutral when the electron overlaps with it in space, because quantum mechanically the neutral particle is the neutron, which is heavier , and also electron lepton number has to be conserved. ( there is electron capture in nuclei where there is extra energy to allow for the reaction , but that is another story)

One needs to study quantum mechanics and nuclear/particle physics at the realm of point particles.

Not the answer you're looking for? Browse other questions tagged electrostatics charge potential or ask your own question.

11
Experimental boundaries for size of electron?