How to make an object stay under water? [closed]

How to make an object submerged under water? Neutrally buoyant? 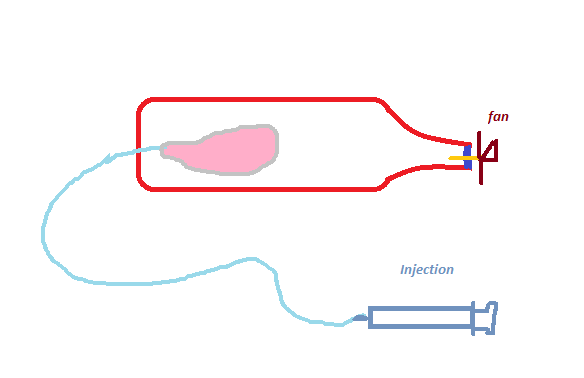 What you can do is,you can put a balloon inside the submarine and can control the air in it to make it go up or down inside the water. Now you will be able to control its vertical motion.

well I don't think the fan will move freely because of frictional resistance.

In first image,it is water in balloon and in second it is air 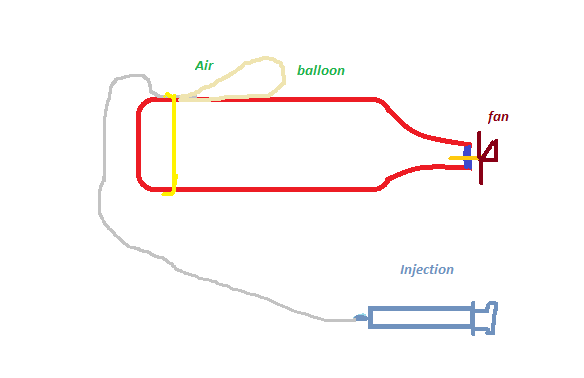 Here is another way that I have used to ensure that the submarine dives- and also returns to the surface when the rubber power is spent.

As described by others here, you "ballast" the sub, but not for neutral buoyancy: you add slightly too much air so it barely floats. Then you add fins to the body of the sub, and bend them slightly down so that when it is being propelled, the sub experiences a downforce which makes it sink.

Down it goes- until it runs out of rubber, and then it rises back to the surface.

While we are on the subject, having a single propeller at the rear of the sub means that the rubber band applies a countertorque to the body of the sub which urges it to rotate in the opposite direction of the prop. This reduces the propulsive efficiency of the rubber motor. This torque reaction can be easily cancelled by installing a second prop in the nose of the sub, connected to the opposite end of the rubber band. You pitch the blades of this prop backwards relative to the rear prop so it produces forward thrust while rotating in the opposite sense of the rear prop. No torque reaction!

Finally, note that a small diameter prop will spin up to great speed in water and furnish a lot of thrust for a short period of time. the slower the prop turns, the less thrust it will develop but the longer the sub will run. But trimming the prop diameter, you can obtain tradeoffs between maximum speed and maximum range.

One last thing: the plastic propellers used in rubber-powered model airplanes work well for sub propulsion- as long as you can get a pair of them in left- and right-hand rotation. Hobby shops sell these. And be sure to have as much fun as possible in your experiments!

I believe it is possible to make a neutral buoyancy object stably submerged under water. The density of the object should be a bit greater than the typical density of water and the bulk modulus should be greater than that of water. As a result, the object would be stably buoyant at some depth because water density increases with depth due to compressibility of water.

Not the answer you're looking for? Browse other questions tagged fluid-statics free-body-diagram density home-experiment buoyancy or ask your own question.

2
Why won't a block less dense than water fully submerge?
0
Buoyant Force and the Weight under water
17
Why do we need to apply more force to push a submerged object deeper?
1
Changes in force required to push buoyant object under liquid/water
2
Neutral buoyancy for cylinder/bladder in water
1
Does a non-buoyant (denser than water) object (such as a lead diving weight) weigh any less when submerged in water?
1
Dilemma of volume displaced by an object
0
Is the buoyant force of air implicitly neglected for an object half-inmersed in water?
0
Force required to pull a floating object under water relative to mass and volume