Can lasers cause glare or reflections?

When going to the movie theater I sometimes notice reflections from the projector on my glasses and I find it very annoying. What happens is that the light hits the back of my glasses and i can see a reflection of it. 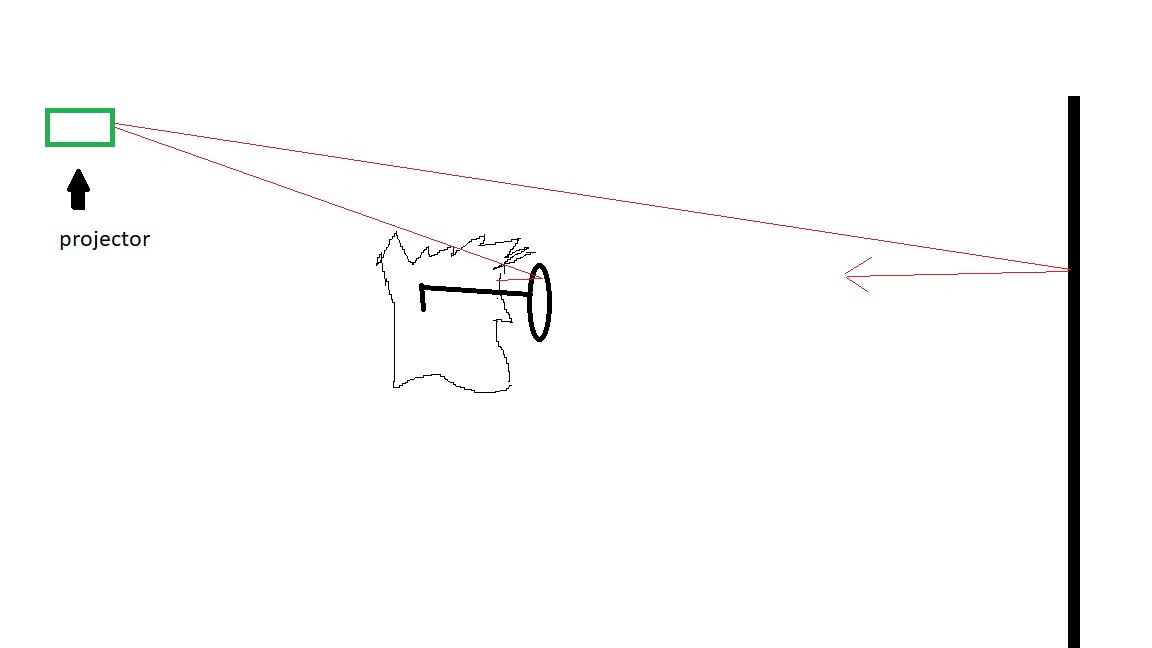 I am gonna watch a movie which is going to be projected using imax lasers. Would laser projectors produce glare of a similar nature?

How do laser lights work? Do the photons only go straight? Then how is it visible as a beam from the side sometimes?

Having a laser projector tells you very little about how the projector actually works. The only thing to know for sure is that the light source is some kind of laser (as opposed to e.g. Xenon arc lamps). The advantage is usually that they can be made a lot brighter and with a wider color gamut (they can generate more colors).

But, the light travels no straighter than light from a regular projector. Simply because under normal circumstances (no black holes in the vicinity, no gradients of refractive index, etc.), light always travels in a straight line.

What you see in your glasses is probably stray light from imperfections in the beam path and scattered light from the dust in the air. These things will unfortunately still be there with a laser projector.

A laser is a device that emits light through a process of optical amplification based on the stimulated emission of electromagnetic radiation. The term "laser" originated as an acronym for "Light Amplification by Stimulated Emission of Radiation".

How do lasers differ mainly from a natural lightsource? Lasers emit light coherently.

There is basically two types of coherence of lasers:

So to your question, lasers can emit light that goes straight (or parallel beams) over a great distance.

Now in your case, these lasers have to come from mainly one source, the projector, and end up over a bigger spacial area, on the screen. This will mean that the different beams will go not-parallelly towards the screen, but the beams themselves will not spread (they will stay laserbeams). But you are right, the laser beams should not go onto your glasses from inside, like on your picture with normal light.

If laser would scatter on air molecules, we could see its light from the side. And it does scatter. It is called Rayleigh scattering.

Not the answer you're looking for? Browse other questions tagged optics visible-light photons laser or ask your own question.

8
Why are lasers inefficient?
14
Why do green lasers appear brighter and stronger than red and blue lasers?
1
Ultrafast Lasers
7
Stimulated Emission in Free-Electron Lasers
1
Can lasers be combined to achieve higher power?
3
What is the likely source of these interference/noise patterns in my DIY laser micro-projector?
2
Lasers path through flames
0
Lasers and meta stable state
3
Did diffraction bend this light more than 90 degrees?