Does the state of curl of the $E$-Field at a point adjust itself instantaneously as soon as $B$ begins changing at a fixed rate, or is there delay? [duplicate]

Ask Question
Asked 10 months ago
Active 10 months ago
Viewed 31 times
-1
$\begingroup$
This question already has an answer here:
How quickly is the desired state of curl of the Electric Field around a point achieved where a Magnetic Field Vector has just begun changing? (1 answer)
Closed 10 months ago.

Faraday’s Law () states that a time-changing magnetic field vector induces a curl of the Electric field around that point. However it does not specify how quickly the necessary spatial gradient is developed in the Electric Field to satisfy that curl. Of course, the Electric Field vectors around that point cannot just jump to the required values instantaneously in accompaniment as soon as the magnetic field starts changing at a fixed rate, since it is required that the Electric Field has a sensible rate of change to in turn induce a curl of the magnetic Field and continue the propagation of the wave. It would seem the exact rates at which the Electric and Magnetic Fields are changing is critical in the mechanism of an EM wave’s propagation. How would I then calculate the rate of change of E somewhere along the wave given I know the rate of change of the B vector that began it, and given the wave is restricted to one dimension for simplicity? There should after all be some delay in how the EM wave moves from point to point in space, seeing as it moves at the finite speed of causality (3*10^8 m/s), as shown in the first image: 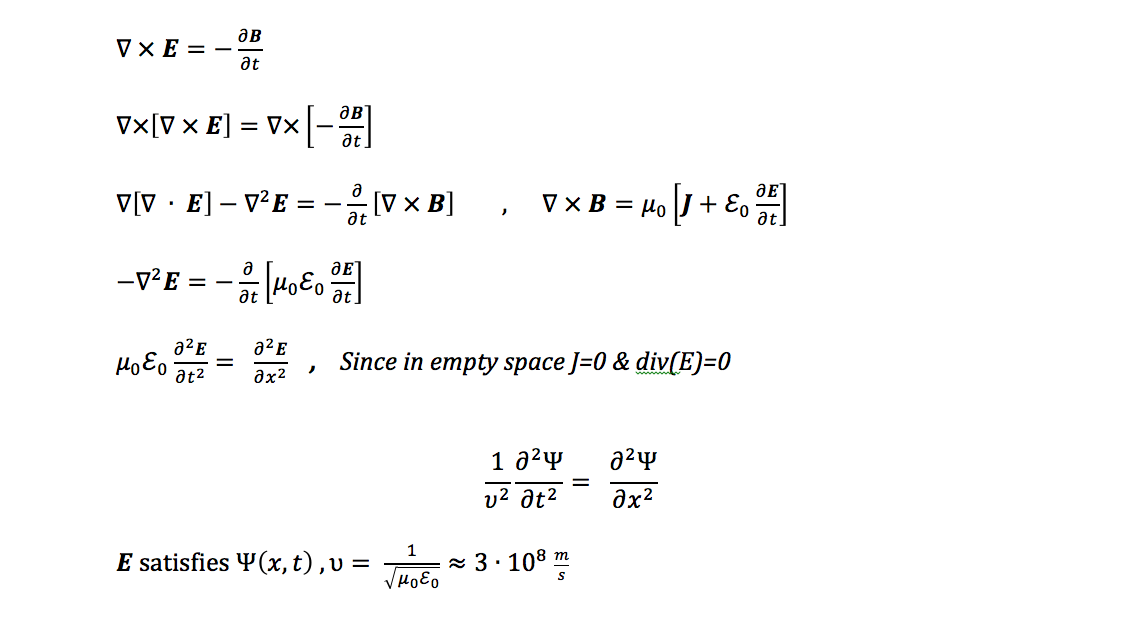 Some of my ideas so far have been that perhaps the rate of change of E is determined such that it exactly cancels the growth of the time-changing E vector that gave rise to a curl of B before, which developed at such a rate to induce a curl of E, which demands this rate of change of E which I am talking about now. In this way the wave might level out the growth of the fields in its wake and spread the change further outwards, in the same way smoothening out a crease spreads it elsewhere. However I am stuck on how to show this rigorously.

I am open to any difficulty of maths, so long as the answer provides the explanation. Below are some diagrams to help visualize what I am talking about: 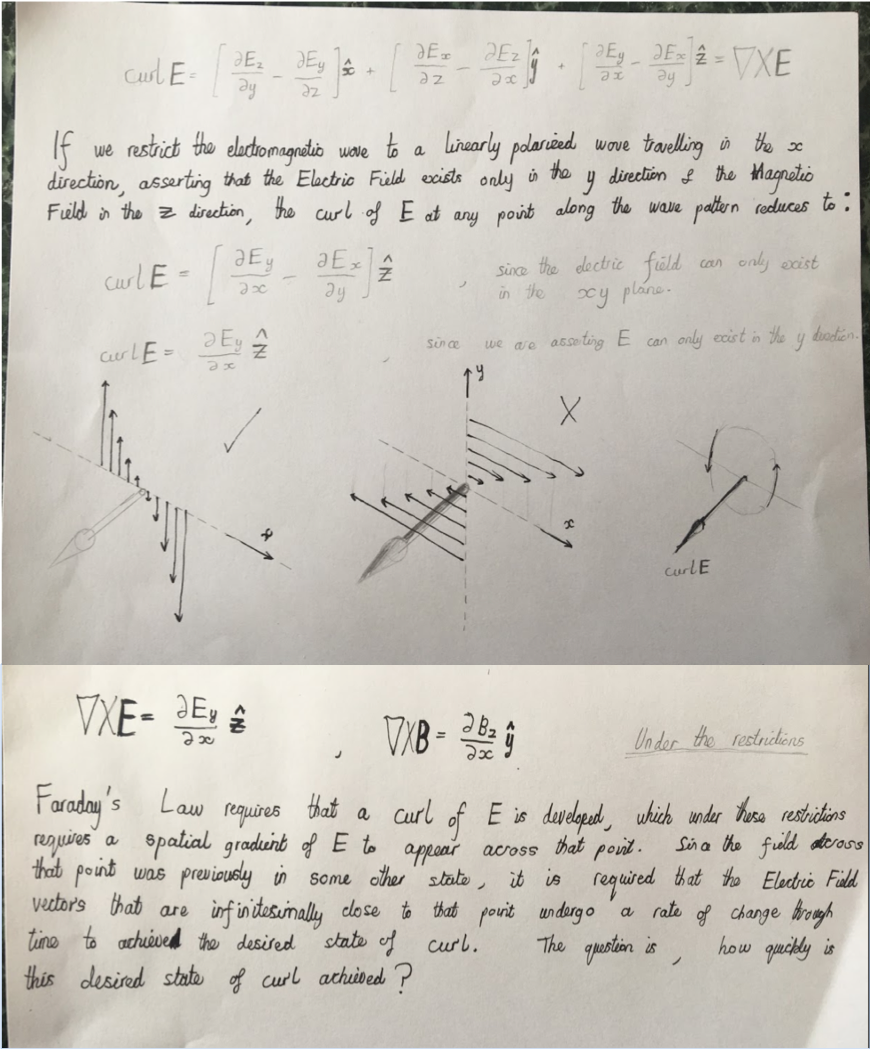 Faraday's Law requires that a curl of E is developed, which under these restrictions requires a spatial gradient of E to appear across that point. Since the field across that point was previously in some other state, it is required that the Electric Field vectors that are infinitesimally close to that point undergo a rate of change through time to achieve the desired state of curl. The question is, how quickly is this desired state of curl achieved?

-1
How quickly is the desired state of curl of the Electric Field around a point achieved where a Magnetic Field Vector has just begun changing?

0
Maxwell's Correction to Ampere's Law
2
Propagation of the photon
2
Relation between Maxwell's equation and faraday law (conservativity of electric field)
6
If Maxwell's equations relate fields at the same point, how can waves propagate between different points?
4
Does Electromagnetic wave propagation really use $E$ to create $B$
0
Why can't a current carrying loop (curl of the electric field exists) produce a time varying magnetic field?
2
How Are Electromagnetic Waves Produced?