I know that the critical size of natural uranium metal with graphite moderator is about 27 tons "oak ridge graphite reactor". for comparison highly enriched uranium have only 17 kg critical size with a thick steel reflector . the difference is huge .

it is often mentioned that the minimum enrichment for uranium to be considered weapon-usable is about 20% , but logically it seems even natural uranium can make a bomb too !! especially if it is fusion boosted . it seems that this enrichment is required only for pure fission bomb , but not for fusion boosted system by fast neutrons.

so, if it possible to make effective nuclear bomb by using heavy implosion system consisted of 100s of kilograms or even few tons of natural uranium with thick copper or steel reflector and few kilograms of lithium-6 deuteride as a fusion fast neutron booster ?

when we take Little boy bomb as example , they use 64 kg of 85% enriched uranium . this amount require about 7500 natural uranium , using 10% of this amount would be more economical and the resulted bomb would have a yield of 200 Kt assuming it will have the same efficiency of the little boy . so it will be more cheaper and 10 times stronger !!

Natural uranium is about 0.711% U-235. As an implosion bomb's size increases, the minimum percentage U-235 decreases. When the bomb size is infinite, the percentage U-235 required is 5.4% so some enrichment is necessary. 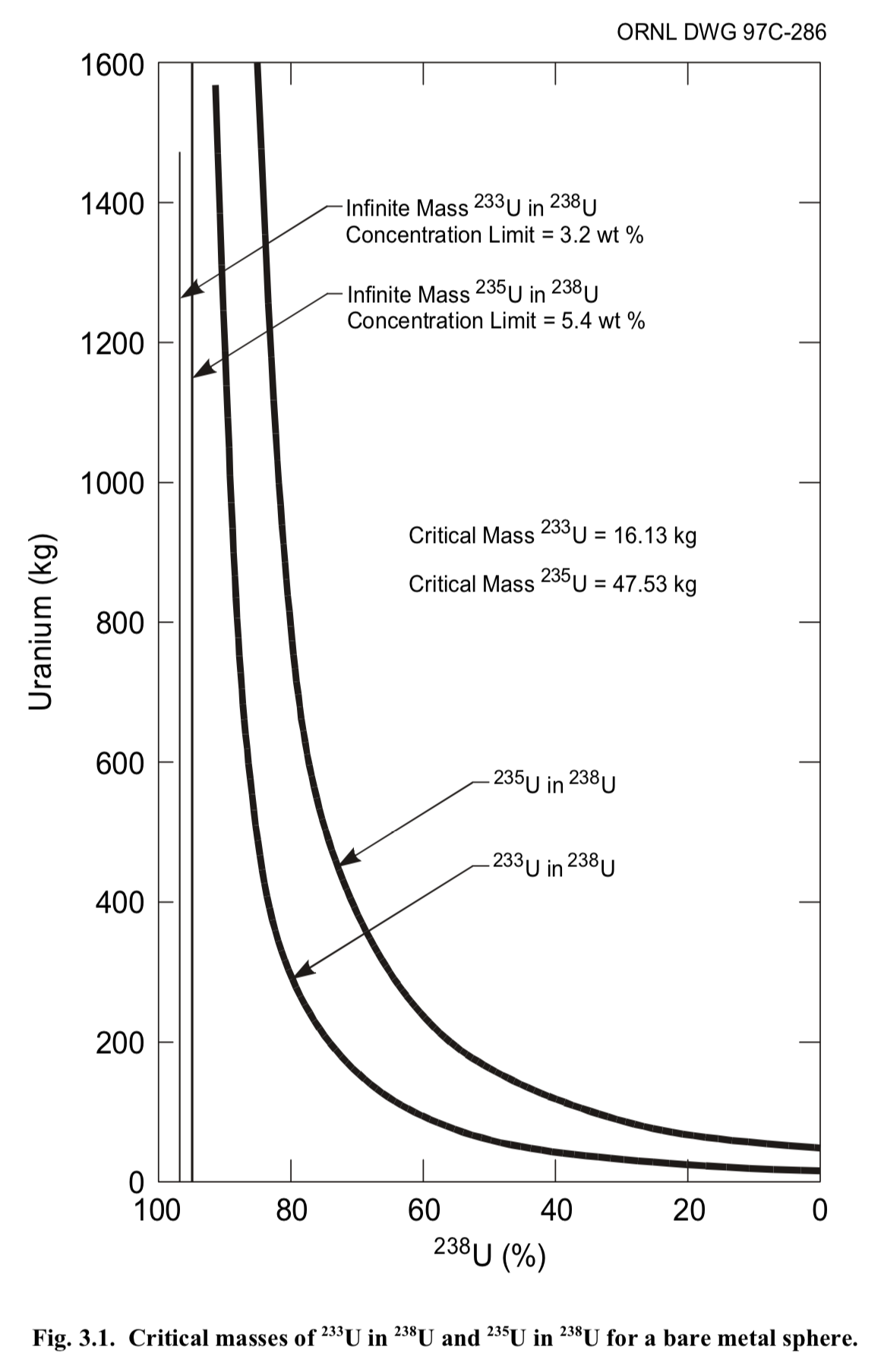 Not the answer you're looking for? Browse other questions tagged energy nuclear-physics atomic-physics nuclear-engineering explosions or ask your own question.

3
What's the largest mushroom cloud possible from a coffee cup/grenade sized nuclear bomb?
3
From which height the effect of nuclear bomb will be Greater?
46
Cause for spikes in Trinity nuclear bomb test
6
Nuclear bomb power - myth?
0
Can an atomic bomb/rocket with nuclear warhead's nuclear explosion be triggered by a conventional explosion close to it?
1
Can uranium-233 mixed with natural uranium be used as a replacement for light-enriched uranium?
0
Was it possible for Little Boy to have predetonated and fizzled?