Condensed water inside a bottle

So, I noticed that in a closed plastic bottle (say only less than half full) little droplets of water were condensed on one side of the internal surface. That was the side exposed to sun rays.

Why should water condense were sun rays hit more directly?

I would expect that water would condense on the (sensibly) colder portion of the internal surface. I can see that water vapor inside the bottle maybe absorbs more energy from the sunrays and therefore tends to condense on the (colder) plastic surface.

But why on the side where sun hits more directly?

I think I observed the same with a 70 W lightbulb. 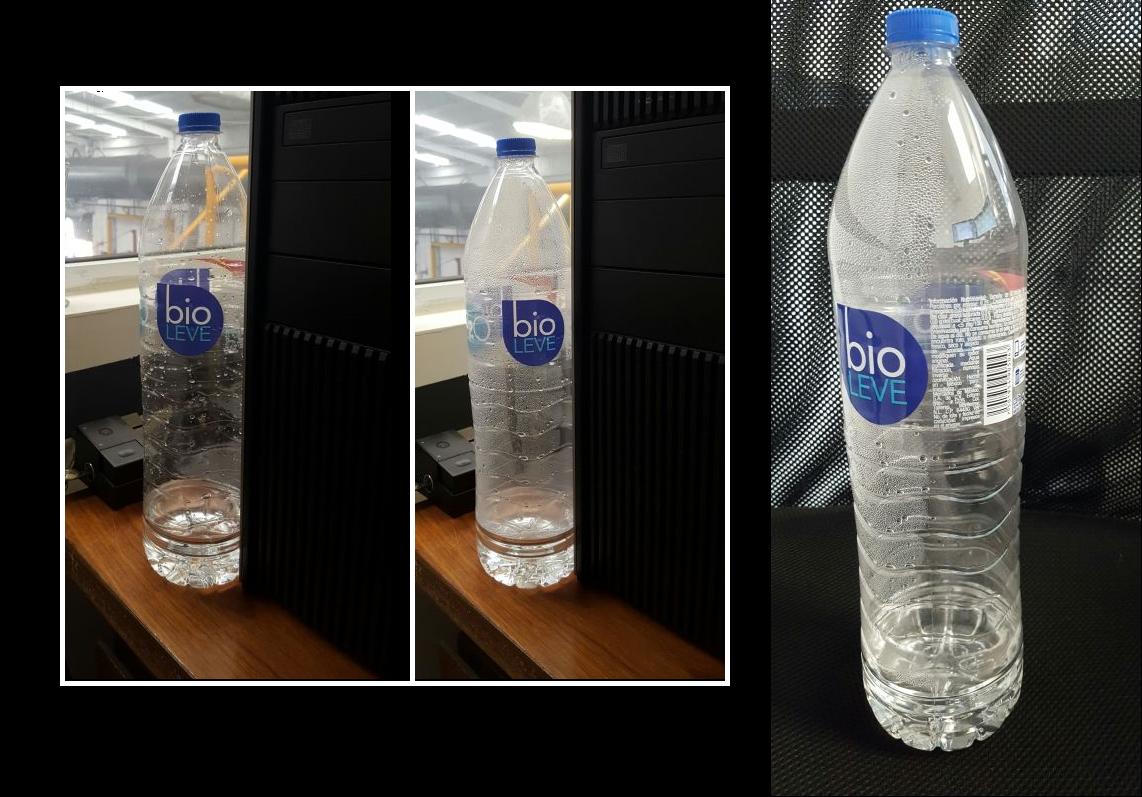 My theory is also about the focusing of the light, but is opposite your idea in many ways:

Up to now I came up with this possible explanation: the water vapor nearby the side directly exposed to the light rays is heated up more, and therefore condenses more on the colder plastic surface of the bottle.

I think the reason for this could be that the sunrays are more focused near the side they hit, due to the curvature of the plastic bottle which acts as a lens. This lensing effect could grow as the first (microscopic) droplets condense (maybe more or less evenly at this point) on the inside of the bottle due to the heating up of the vapor.

It would indeed appear that water heated on the sunny side of the bottle evaporates and rises. It does so at a rate grater than the non-sunny side.

The convection flow set up goes up on the sunny side and down on the opposite side. The air with vapour rising on the heated side soon meets the cool bottle air above and cools down. Condensate collects on the nearby bottle wall which remains relatively cool due to the influence of the liquid below and the unheated air in the bottle.

By the time the air flow descends on the non-sunny side, there is too little condensate left in it to result in non-sunny side bottle wall condensation.

Not the answer you're looking for? Browse other questions tagged thermodynamics everyday-life condensation or ask your own question.

3
Condensed water freezes and other water condenses around it

2
Whenever we fill a bottle with cold water and close it, why is it that after a few seconds we notice cold water droplets outside the bottle?
8
Does an ice cube change its core temperature as it melts?
5
Is the Sun dusting my electronics?
20
What is the explanation of the glory (optical phenomenon)?
14
Does shaking a water bottle increase the temperature of the water inside?
3
Why are the “bubbles” at the edges of my soup so large?
1
Could a foggy double-paned window be amplifying UV rays?
0
Freezing water in a bottle