I have a source of linear polarized light (an Lcd) which I'm reflecting twice - once off a beamsplitter set at 45 degrees to the lcd, and again off of a front-surface mirror set at about 24 degrees from the beamsplitter 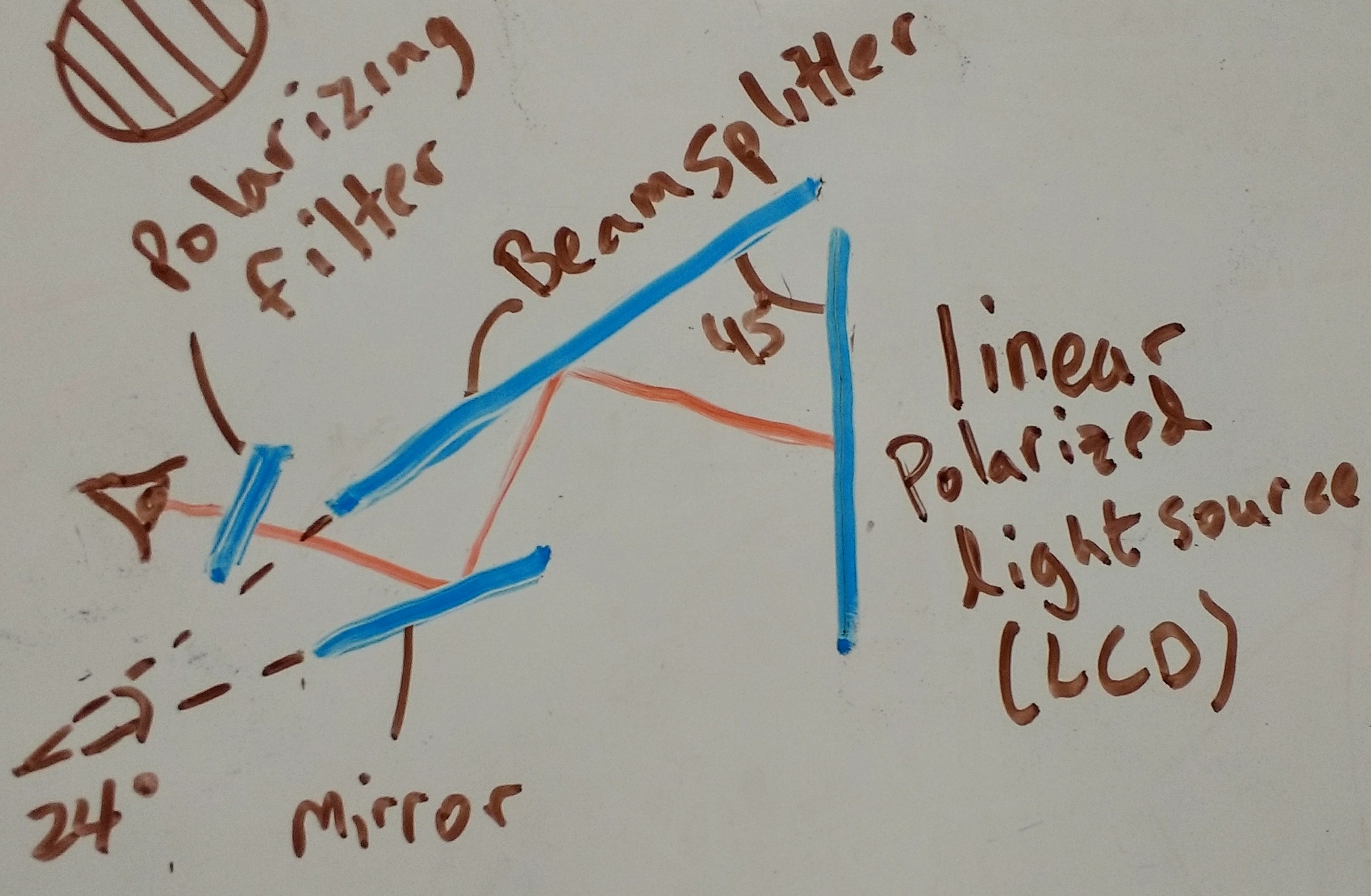 Using a linear polarizing filter set perpendicular to the original polarized light source, I would have expected the light to be totally blocked, but it isn't.( I can get some light blocking by rotating the polarizing filter about 30 to 45degrees.) I checked and the light maintains linear polarization coming off the 45 degree beamsplitter as expected, but the polarization seems to get lost after reflecting off the shallower 24 deg angle of the 2nd mirror. If I rotate the 2nd mirror to be parallel to the beamsplitter polarizing is maintained though.

Is there some ideal angle range of a mirror to preserve linear polarization? Are there maybe other factors at play here? Edit to clarify: lcd native linear polarization is 45 degrees. Polarization should flip 90 degrees each time it is reflected, which it does cleanly after first beamsplitter, but not 2nd mirror. Polarizing filter is at 135 degrees and it doesn't block light as expected after second mirror. If rotate polarizing filter, it will begin to block at 30-45 degrees, though not to expected degree.

A crucial factor is to keep the beam in one plane. Any time you let it wander out of the plane it can rotate the polarization. You will see this if you simply divert the beam upward, then to the right: the polarization will rotate 90 degrees.

Placing as an answer what should be a comment (not enough reputation yet). In which direction is the polarization of incident light?

The "safe" directions are only two, "p" and "s" polarized with respect to the planes of the mirrors; that means, horizontal and vertical.

Edit: now this is becoming an answer.

If your mirror is metallic and the incidence angle is different from zero, the phase shifts for the s- and p-polarized components of the field are different.

Not the answer you're looking for? Browse other questions tagged optics reflection polarization or ask your own question.