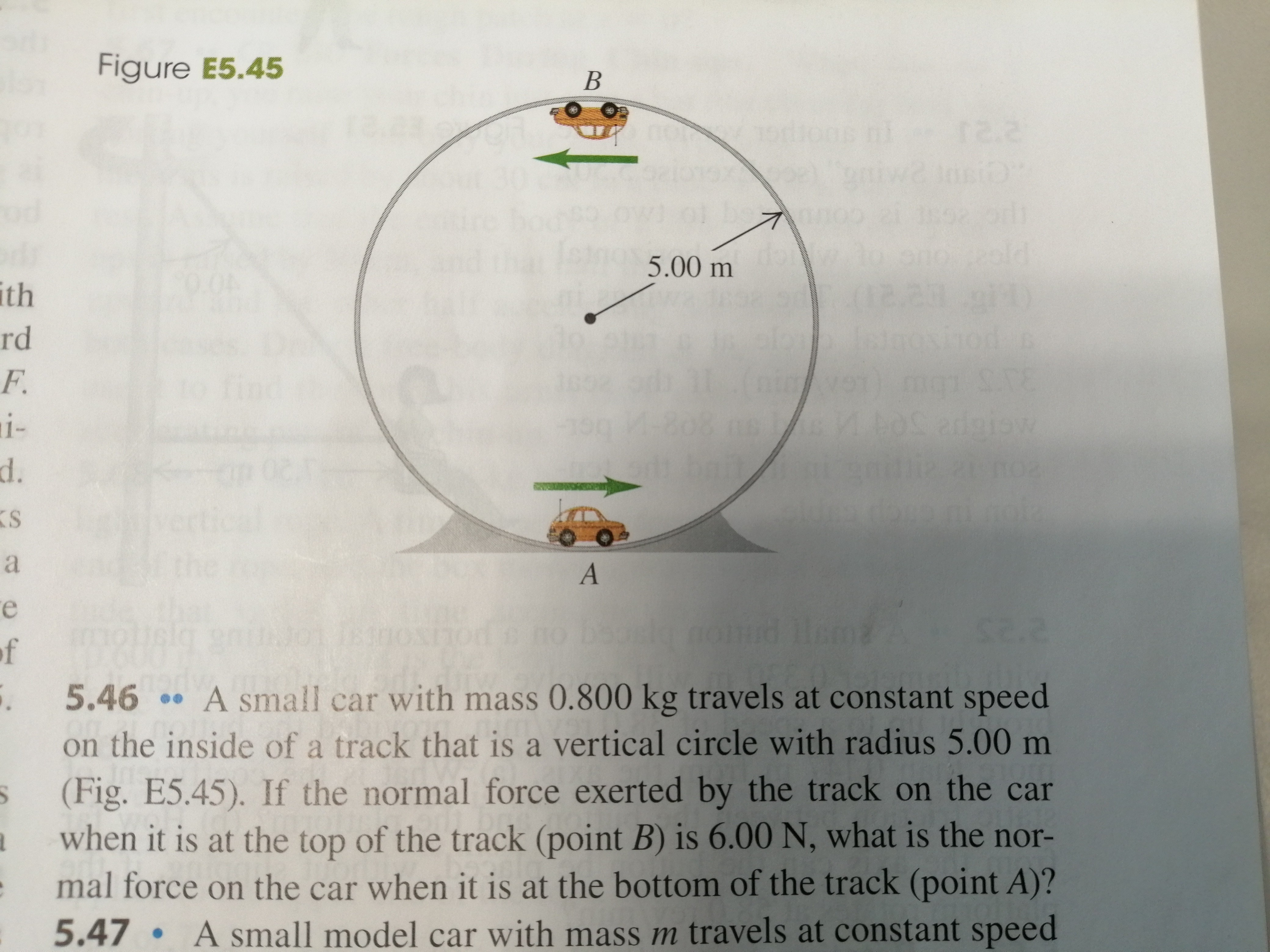 But here $mg$ is also acting, and for upper and lower semicircular tracks, it has different directions. So here we have to consider net force acting as centripetal force.

$mg$ is acting downwards, and $N$ upwards. Net force must be upwards which acts as centripetal force.

$mg,\,N$ both act downward. Net force must be downward which act as centripetal force.

Note*: the centripetal force must act always towards center. It is the force responsible for keeping the object bound to circular motion or any curvilinear motion

Normal force is a special force. According to the situation, it can be greater or lesser than $mg$. More precisely, if an object $A$ has mass $m$, and it's exerting $F$ force on the surface normal on it, then $F$ is also the normal force experienced by the object (Newton's III Law)

So, if the object is freely falling in a lift, it is not in contact of anything, and hence normal force on it is zero.

If the object is going around a vertical loop, it has to push the ground hard enough to get enough centripetal acceleration.

In your example, it is indeed a vertical loop-the-loop problem. For the car to go in a circular motion, the force should be radially inwards. At the bottom, only the track can provide such a force (which means the car would have to really press against the track).

At the top however, gravity is going to push the car downwards towards the centre, so the car can escape at sufficiently high speeds without even touching the track. (i.e. $F_N = 0$ is possible at the top; gravity would maintain the centripetal acceleration)

The above problem has a constant velocity but the direction of car at every point of the loop changes, which mean the motion is accelerated. Newton's laws tell us that for a motion to be accelerated, a net force must act on the body.

If $mg$ was the only normal, it would mean there is no force to keep the car in circular motion and it would continue in a straight line which is not the case, so there must exist some mysterious force that is keeping the car from going straight, which is indeed, the centripetal force.

Imagine this: from the car's frame of reference, it would be exerting more than just its weight on the loop; if you were inside, you'd be pushed to the floor of the car.

This is why you have another force in play. I hope you can take over from here.

P.S. you intuition isn't wrong but it would apply when the car has not to move in a loop in the next lap, meaning, if it leaves the circular motion at that very precise moment when it reaches the bottom. Then, there would be no force required to keep it in circular motion and thus only mg would act in it in vertical direction.

where $N_{top}$ is the normal force at the top of the track. At the bottom of the track we have

where $N_{bot}$ is the normal force at the bottom of the track. We can elimiate $F$ from these two equations to get

Not the answer you're looking for? Browse other questions tagged homework-and-exercises newtonian-mechanics forces free-body-diagram centripetal-force or ask your own question.

2
Circular motion normal force
0
Why do riders feel forced down into their seats at the bottom of the first drop on a rollercoaster?
0
Which normal force for friction?
3
Why is normal force zero at the top of a circle
2
For circular motion in a vertical plane, why does Net Force = Centripetal Force?
2
Why doesn't the top block's mass affect the acceleration of the bottom block when they're stacked?
0
Normal force not perpendicular?
3
How can the Normal Force on an upside down roller-coaster car point upward?