Consider two laser pointers inclined at the same angle, both of them hitting the wall at the same point $X$. However, the right hand side (RHS) laser is positioned such that the RHS ray travels half a wavelength further than the LHS one. In this case, there must be destructive interference at $X$ right? But then there would be permanent energy loss! Could you please explain the extra layer that I'm missing? 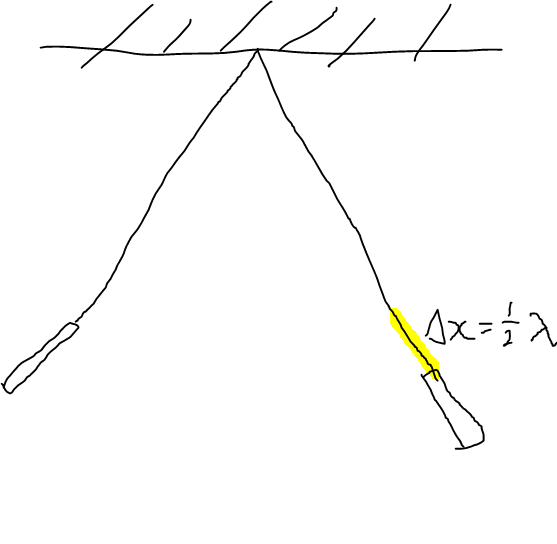 There is a series of instructive MIT videos treating the subject of interference of laser beams, and what happens to conservation of energy.

It is all about quantum mechanics which is at the underlying nature of everything, including classical light beams. In the case of the laser experiments one has to consider the whole system, i.e. the lasing itself is taking part in the creation of the interference pattern. The energy lost in destructive interference are photons that have returned to their source. It is worth watching to get an intuition about light, and the comments are enlightening ;) too .

Interference of light is not interaction of photons, but a pattern in the quantum mechanical (probabilities) superposition of the zillions of photons that make up the classical beam.

There is no "destruction of energy". In fact the energy of the photons before entering the slit is the sum of the photons' energy that hit after interfering and stuff (energies that you can visualise being summed up in accordance to the fringes - in this sense there is no energy where there is a dark fringe).

You forget that interference is a phenomenon associated with waves. The light waves are not restricted to lines. Ray optics is just a tool for solving a specific class of problems. Interference does not belong to this class. If you take into account the energy of the waves in the whole space you will see that there is no "disappearance" of energy. The waves overlap over a region of space not just in one point. You can see this with waves in water. There are simulation apps available online.

With microwaves you can easily make two beams with a stable phase relationship and send them towards the screen, as in the experiment proposed in the OP. You will have a region of overlapping waves and maxima and minima can be detected. The fact that you are looking only at some specific minimum does not mean this is the only result of interference. No matter how collimated are the beams, there will be maxima and minima and the total energy is conserved. This has nothing to do with quantum mechanics and photons.

In the experiment with the laser beams, (which don't have to be produced by independent sources) if you make the path difference to the point right in the middle to be half wavelength you just shift the main maximum. The "central" maximum will be now off-center and you have a minimum in the center. If the sources are not coherent you just see the average effect which is a described by the sum of the two intensities.

Excellent question. Yes what you learn in high school is OK to a point because the classical works at that level. Now your laser pointer experiment is more complex than you think. If you were actually able to put a surface at n plus a half lambda wavelengths away from your laser pointer it would not function! In reality surfaces are very rough so light is able to make a "wave function" and emit to many points. What has been called interference classically is actually the inability of light to make a wave function, this can also be used to explain double and single slit diffraction, i.e. there is no light in the dark bands. The wave function of light is a more advanced concept (Feynman). A key experiment was "single photon diffraction" which was done around the 1960s and experiments continue today: https://sciencedemonstrations.fas.harvard.edu/files/science-demonstrations/files/single_photon_paper.pdf

Thin film "interference" is also explained classically .. but would work with singe photons as well thereby showing the wave function is the more advanced concept.

I think you are asking about classical theory of light. Unfortunately this never quite made sense.

You might do better with quantum theory, but unfortunately this makes even less sense. It does generate answers that fit experimental observations though.

I will try to say something that attempts to fit the classical view.

Light is a force that acts perpendicular to the direction of travel. When you have a nice sine wave that's linearly polarized, it first pushes charges in one direction and then it pulls them in the other.

Your picture should not fully cancel because the two beams are not parallel. They will have their force in different directions and the parts that are different can't cancel. You could maybe fix that with some sort of half-silvered mirror arrangement. That looks tricky. Let's just assume it works.

Two forces act on a charge and exactly oppose each other. Do they cancel?

Imagine you have a mass with two ropes tied to it. They are being pulled in opposite directions. Do the forces cancel? Yes, they are not moving the mass. No, if you tie a new rope and pull on it, it will not act on the mass as if the other ropes were not there.

If you push on the mass, it moves. If you push on it the same amount in opposite directions it does not move. The forces cancel. But if you add a new force it isn't like the old ones are not there.

When the force from light cancels, is it like it isn't there? I don't know. Light isn't like a rope. Or maybe it is.

Not the answer you're looking for? Browse other questions tagged visible-light waves energy-conservation interference superposition or ask your own question.