Why does $S_p$ increase for closed neutron shell?

I'm taking an introductory nuclear physics course in which we just covered the shell model. In that model, the so-called magic numbers arise as a consequence of there being an energy level gap due to closed shells. Now I was playing around with some datasets and I saw this: 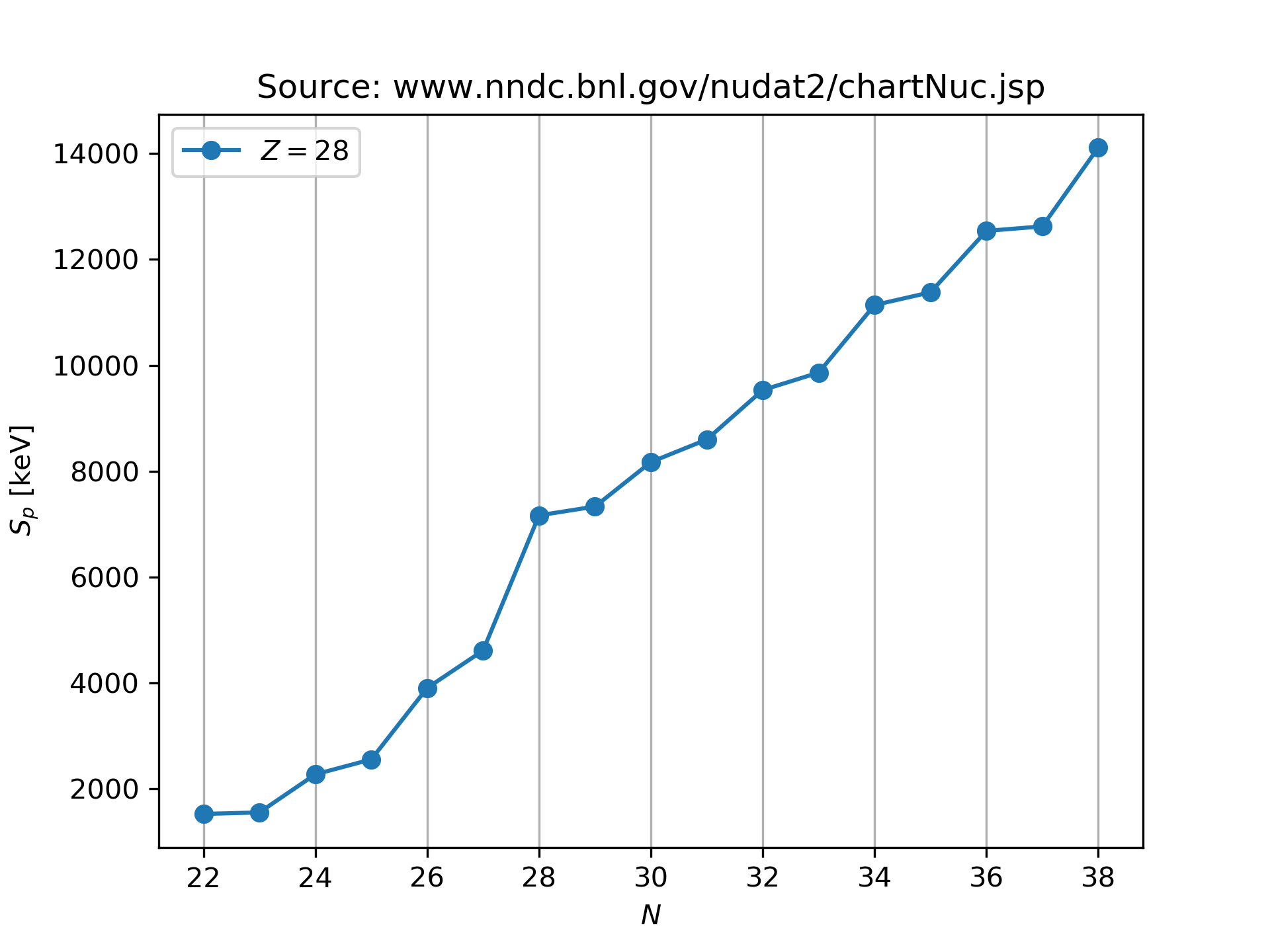 There is a clear jump in proton separation energy ($S_p$), when the number of neutrons ($N$) reaches the magic number 28. The shell model assumes (as far as I know) that the proton and neutron energy levels are independent.

This difference can be explained considering a shell model and how the levels fill. Also in introductory nuclear physics you'll study the semi-emperical mass formla which describes the mass of a nucleus based on observational results and liquid drop model as guidance. This formula contains a pairing term which takes into account this jump in binding energy with the addition of only one neutron. The nuclear shell model is similar to the atomic shell model describing atoms. The jump in binding energy is due to the filling of a shell. A nucleus can be doubly magic when both the proton and neutron shells are full.

6
Nuclear Spin of Sodium 23
1
Which is larger, all known, bound nuclear energy levels, or known, bound atomic energy levels?
2
Stability in Nuclear Shell Model
1
What is the sd-shell in the nuclear shell model?
1
Measuring neutron separation energy
2
Could a Λ or Σ baryon be stable inside a nucleus?
3
Filling order in the Shell Model of the nucleus