Can we define Spin-Chern number for original QAHE Haldane model?

In Haldane's original paper [5], he discusses the quantum anomalous Hall effect as being characterized by the so-called Chern number that is the surface integral of Berry curvature over the entire parameter space.

Now, the quantum spin Hall effect [2] requires a model with spin, and could be characterized by the so-called spin Chern number [3]. From Figure 1 in [4] (that follows this paragraph), I understood that the spin Chern number can be thought of as the difference between sums of an integer characterizing spin up and spin down channels: 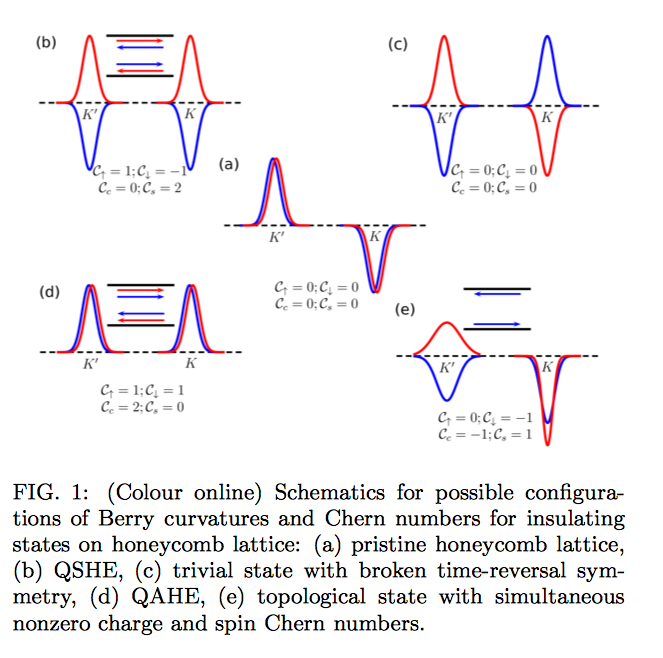 Now, this figure plots the local Berry curvature over a manifold. However, Haldane's model also can give rise to such figures (with peaks at the Dirac points), with different configurations for different topological phases*.

My question is, how do I make sense of the Haldane model's spin Chern number given the fact that is a spineless model (at least in the original paper's approximations). In Figure 1 d) above, which could apply to the Haldane model, the spin Chern number Cs is = 0. Is this always the case? Or does it depend on the sign of the Berry curvature at the Dirac singularity? If it is always = 0, does it make sense to talk about only part of the manifold that includes only one Dirac point?

Clearly, I am confused with certain ideas, so I would appreciate any clarifications/resources.