How can electrons travel from the valence band into the conduction band? 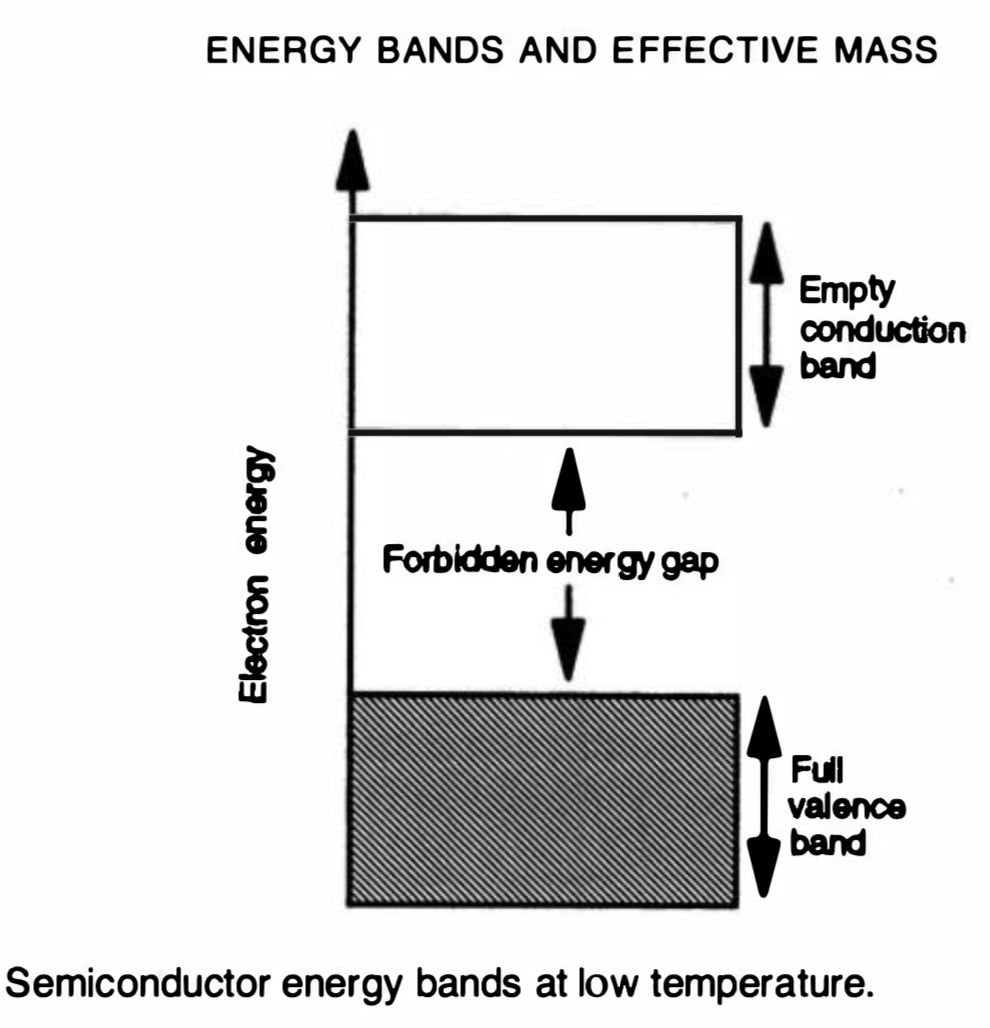 Given this, in the above figure, how can electrons travel from the valence band into the conduction band? It seems to me that it would have to somehow traverse the forbidden band, no?

I would greatly appreciate it if people could please take the time to clarify this.

The idea that the electron travels on the energy axis is a misconception. Every state in the valence band $\phi_{VB}$ corresponds to a wave function and thus a probability distribution in space. The same is true for the conduction band states $\phi_{CB}$.

You can imagine the excitation of an electron as an change from $\phi_{VB}$ to $\phi_{CB}$. But also here there is an instant change of the wavefunction and thus the probability of finding the electron at a given position in the crystal.

Also note that these semiconductor states are typically crystal states. This means that the idividual states are delocalized over the complete crystal. So the "traveling electron" picture is even more misleading.

Not the answer you're looking for? Browse other questions tagged quantum-mechanics electrons semiconductor-physics conductors electronic-band-theory or ask your own question.