Applying an external force from inside a ball

I know that to accelerate an object we have to apply an EXTERNAL unbalanced force. I thought about the following situation.

I am inside a large transparent ball. I want the ball to move forward. I apply a force. It seems natural that the ball should move forward. But isn't the force I applied an internal force? Then will the ball move?

Also if the ball moves what is the external force acting on the ball? Thank you 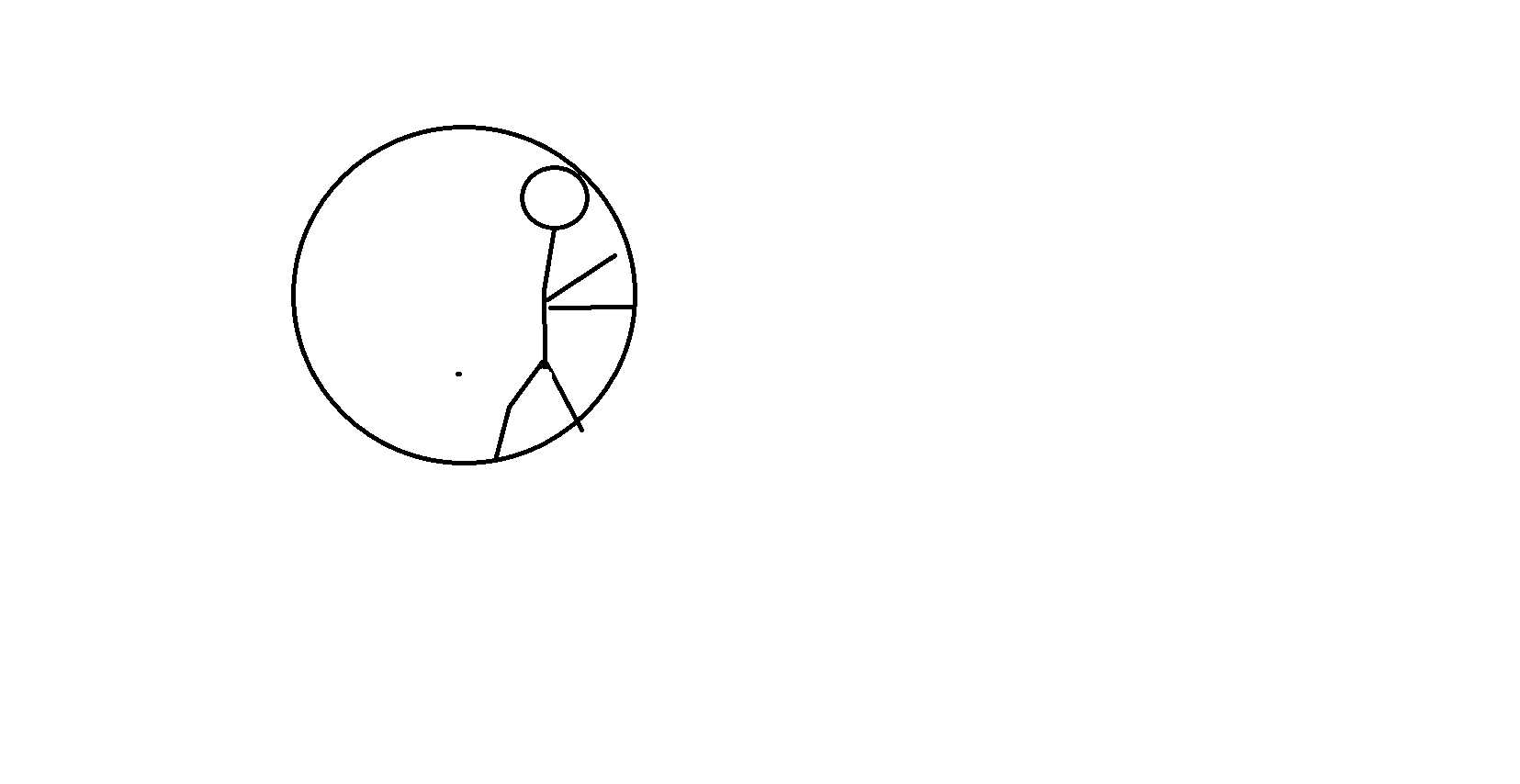 Your force simply creates torque that then causes a friction force just a car's wheel does to accelerate a car.

I am assuming that you are considering the system in gravity and on the ground. Otherwise there would be no motion.

Nice question! First let's put the ball on a frictionless horizontal surface. Can you get it to move? I think not. As you step to one side the ball slips back. You can't manage to get a net movement of the centre of mass of (yourself plus ball).

Now let's make the surface not horizontal. You and ball roll down the slope, and gravity from the Earth is providing the force; it is an external force.

Finally, go back to horizontal surface and allow friction between ball and surface. This friction is external to the ball so it can in principle cause the centre of mass of yourself plus ball to be displaced one way or another. I think what happens is that as you lift your foot ready to place it in front of you, the static friction between the ground and the part of the ball under the foot you are standing on resists the backwards motion, so it is providing a force in the forward direction. This allows you to displace your centre of mass forward relative to the ground. Then you lower your foot onto the ball and it rolls forward as your mass moves downward; in this part of the motion there is, I guess, little or no horizonal displacement of centre of mass. So the overall effect of one step is that the centre of mass of yourself plus ball has moved forward from a standing start, and friction provided the external force. Then you can take another step, etc.

I apply a force. It seems natural that the ball should move forward.

Sure , if you apply a force on the ball from inside, it's centre of mass will move forward slightly. 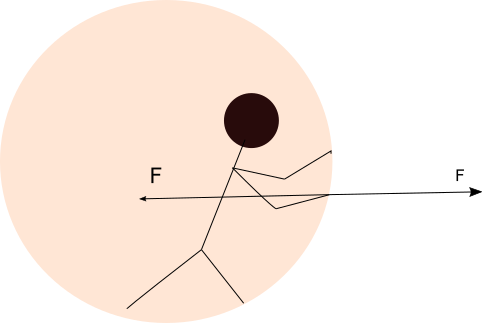 But the person experiences an equal and opposite force and it's centre of mass will move backwards such that the centre of mass of the combined Man + ball system will not move.

In this case, the ball and man will keep rotating about their combined centre of mass in opposite sense since the angular momentum has to be conserved. 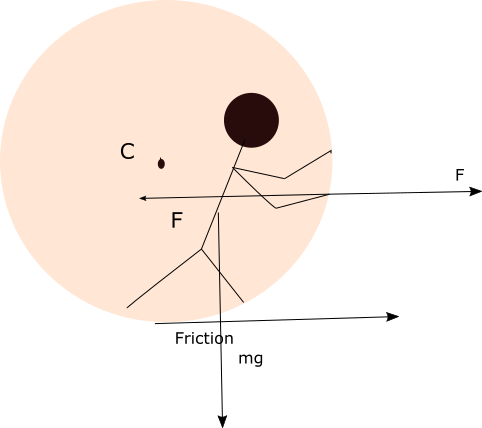 6
How can a car's engine move the car?
13
What force causes the ball to move up?
1
In perfect vacuum (no external force), if I apply a small amount of force to a body, will it continue to accelerate forever?
0
Different net external forces
0
Does a ball have a normal force exerted on it if the ball is thrown?
3
How does a man inside bubble ball accelerate without an external force?
0
How does the system of particles respond to the external force?
0
What concept describes a force acting on the edge of an object