Rolling on a track in vertical plane

A sphere of mass m and radius r is released from rest at point A on a track in vertical plane. The track is rough enough to support rolling between A and B and from B onwards it is smooth. 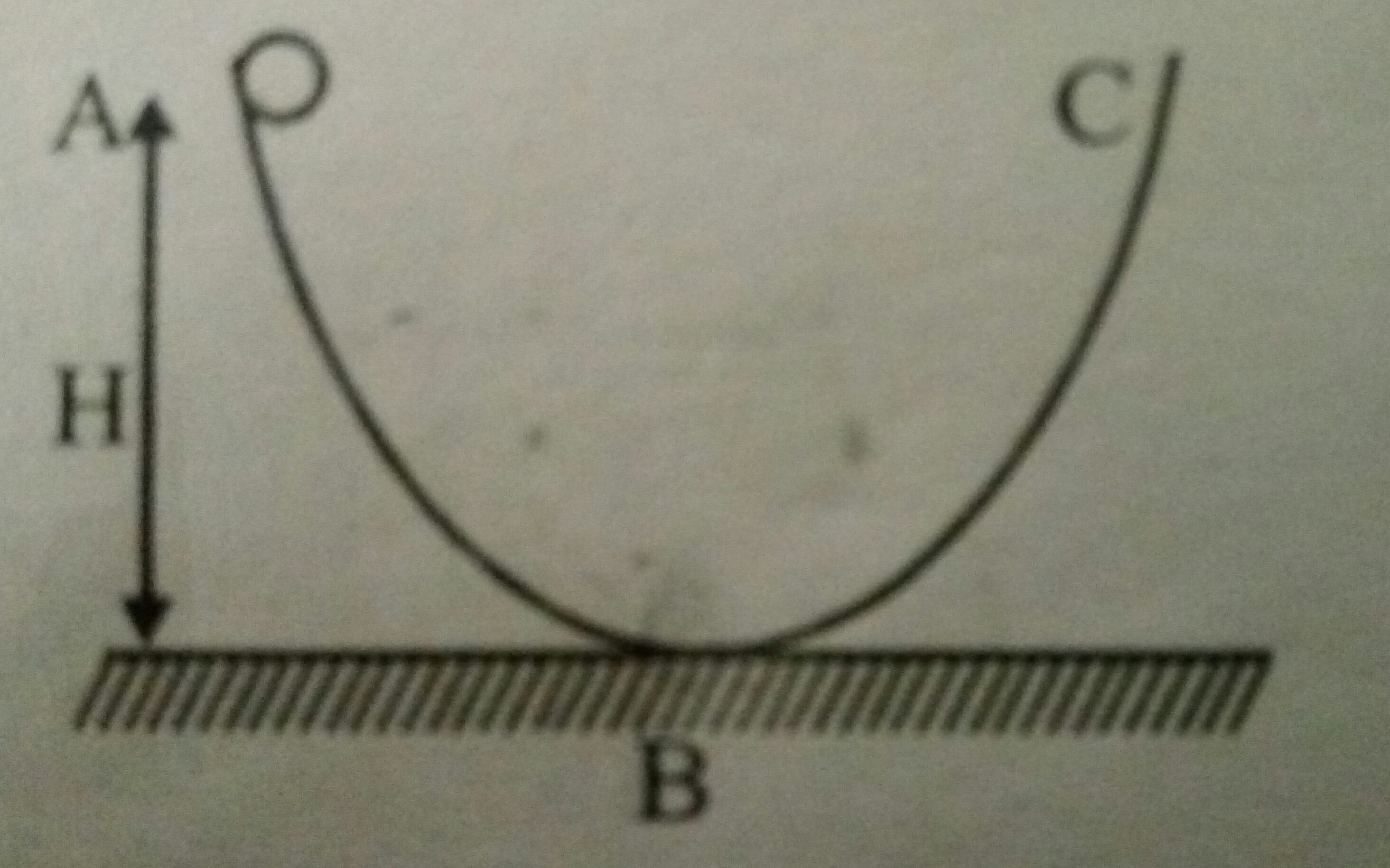 My thinking: From A to B it will roll and friction will do no work so mechanical energy at A = mechanical energy at B. After B since no friction is present and it going on an incline it cannot roll. Hence the height reached after B is proportional to it's translational kinetic energy only.

My question: If it cannot roll after B what will happen to it's rotational kinetic energy?

"It cannot roll between B and C"

This is partially true,it can roll but cannot be in a state of pure rolling. Usually an object requires frictional force to attain angular velocity sufficient enough for the "pure rolling" state($v_{com}=\omega*r$),but here when the ball leaves point B it has a certain amount of angular velocity so it will rotate about the center of mass until an external torque is given to oppose this velocity.

So, rotational kinetic energy is constant between B and C. i.e it will keep rotating with the same angular velocity at point C as it had in point B.

Not the answer you're looking for? Browse other questions tagged homework-and-exercises rotational-dynamics energy-conservation rotational-kinematics or ask your own question.

11
Is work done in rolling friction?
2
Ball rolling on half-pipe
1
Kinetic Energy of a spring cylinder system
0
Rolling race where objects roll with slipping
1
What happens to a rolling ball when it falls?
6
A bowling ball on an infinitely long track