Does the magnetic field move with the current element that induced it? 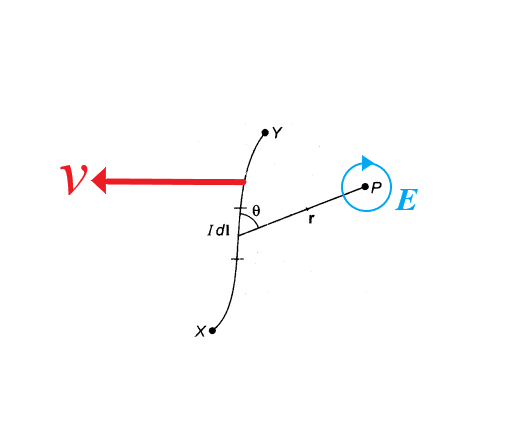 Initially, a point($P$) is defined in space, with a magnetic field($-B\hat{k}$) produced by a current element ($Idl$). If the wire begins to move in the $-v\hat{i}$ direction, would that produce an electric field around $P$ since the magnetic field is changing?

I ask this because, I've been pondering with Faraday's paradox, and remembered this experiment: 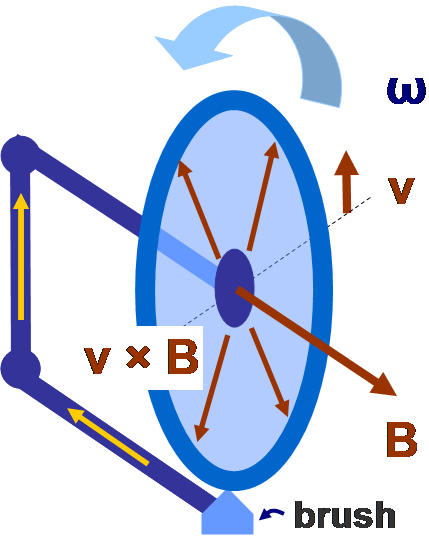 One of the steps states the following result:

The disc is held stationary while the magnet is spun on its axis. The result is that the galvanometer registers no current.

The reason(which was very insightful) for that is; rotating the magnet(and the dipoles within) does not cause the magnetic field to move.

Which made me consider the case of a current carrying elements. I know that system is not applying the Lorentz force(specifically the the magnetic force ($v\times B$)).

In addition, if the wire(or $Idl$) moves in any other direction would it still yield an non-conservative $E_{ns}$? 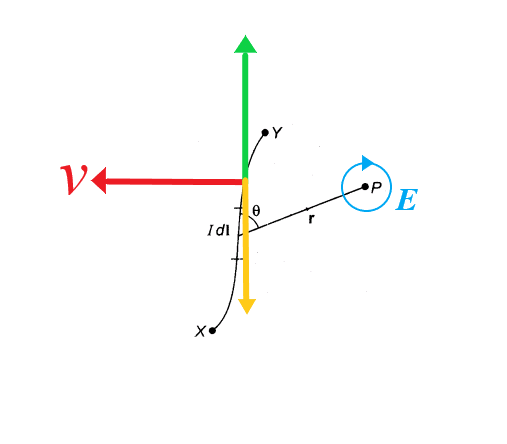 Firstly for a single current element the act of moving the path is just to transform the path (stretch y to the left). At P the magnetic field is into the page. The direction does not change unless the extrapolated path crosses P. Yes, there is an electric field set up due to the change in magnitude. It however does not make a closed loop as there are a continuum of points P. The curl is expreesed by an electric field gradient; being stronger closer to the path where the change in magnetic field is stronger.