The stopping voltage is the voltage applied across the photoelectric plates to measure the maximum KE of ejected electrons. This is as the electric field will apply a force against the velocity of the electrons and thus slow them down before they reach the other side. 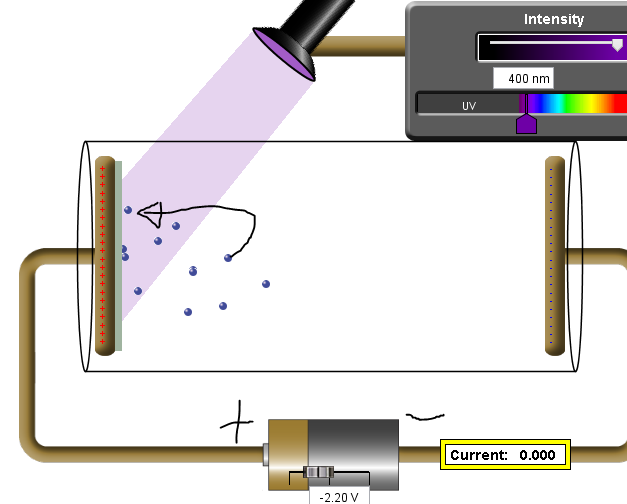 The issue I have with this explanation is that once the electrons have been slowed down mid air, they have to go back to the plate they came from and they terminate with the same velocity they left with. Just like how this Kinetic energy creates current on the RHS plate, shouldn't returning electrons thus create a negative current? I suppose it might have something to do with the fact that other electrons are being shot out at the same rate, forming some kind of equilibrium with the old electrons filling in the holes?

This leaving and returning of the electrons will be very small as the photoelectric effect has a very low success rate because of inter atomic collisions inside the metal lattice itself. However as you said the electrons leaving and re-entering the lattice are almost equal. You might get a difference of some few electrons though. Moreover, just at the instant when some electrons leave the metal surface there might be a rearrangement inside the wires which might cause the electrons in the wire to move negligibly small distances and this thing will happen again when electrons return to the metal surface. These two effects will cancel out and your current-meter won't register any current due to these negligibly small movements.

Not the answer you're looking for? Browse other questions tagged photoelectric-effect batteries or ask your own question.