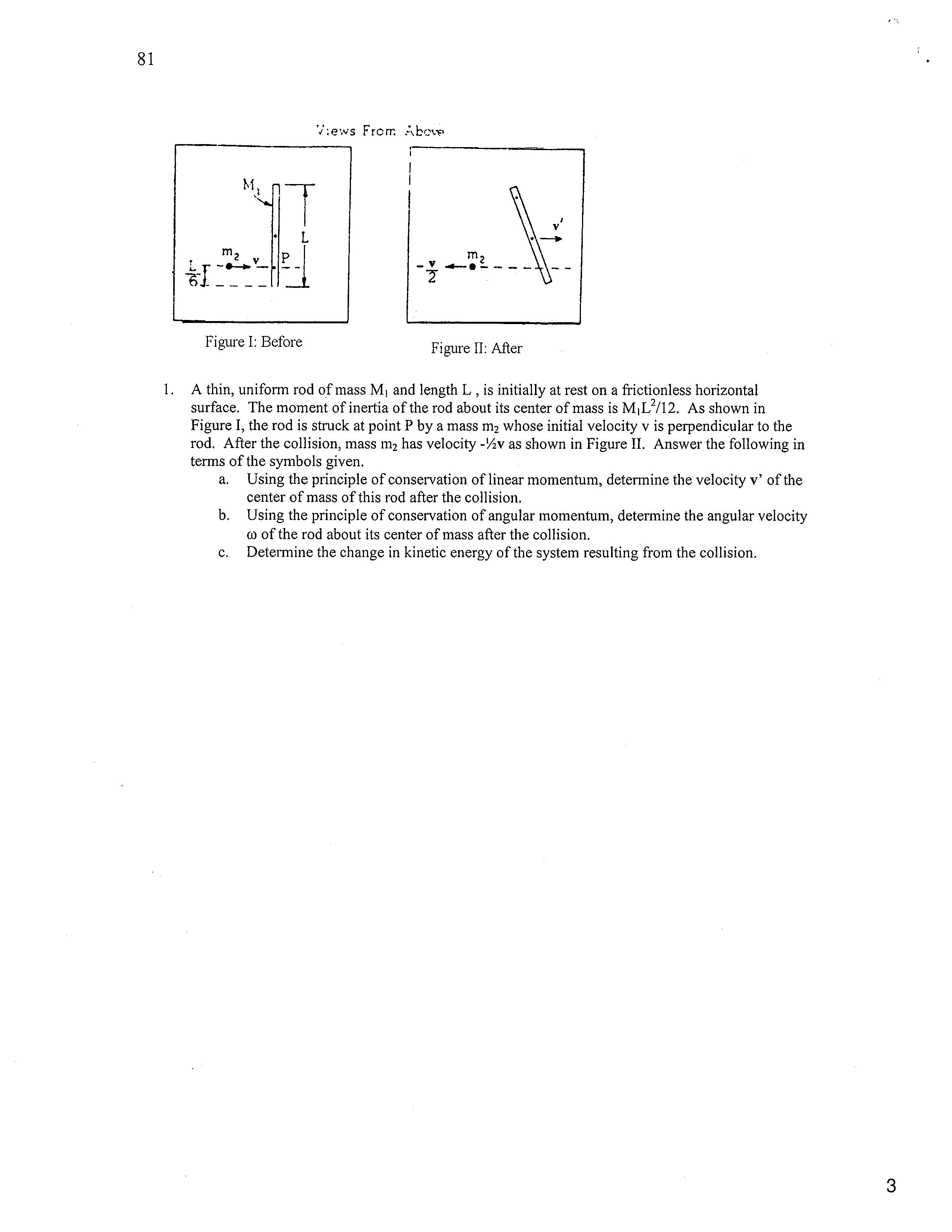 I am a high school physics student and I have a question on part (a) regarding the conservation of linear momentum. It says to use the conservation of linear momentum to solve for the velocity of the rod after collision, but I find that kind of skeptical since the distance from the center of mass is not taken into account. Shouldn't the velocity of the rod after collision be dependent on where the rod is hit (the center of the rod as opposed to the end)? I think that it should take distance from the CM into account since most of the initial momentum could get translated into angular momentum rather than linear momentum if the rod is hit at the end, but I could be wrong. This is assuming that there are no external forces and the rod is on a frictionless horizontal surface.

The distance is taken into account. If the object would hit the rod at other than L/6 height, the return velocity would not be -v/2.

The final velocities of both object depend on where the rod was hit.

The maximum of total translational energy occurs, if the rod is hit at the middle. In such a case, no energy is spent on its rotation.

The minimum of the total translational energy occurs, if the rod is hit at the end. In such a case, the big part of energy is spent on its rotation.

Note that for angular momentum conservation, all motion must be considered, not just rotation.

Not the answer you're looking for? Browse other questions tagged homework-and-exercises newtonian-mechanics angular-momentum momentum conservation-laws or ask your own question.