Why can water be sprayed farther when the pipe outlet is narrowed? 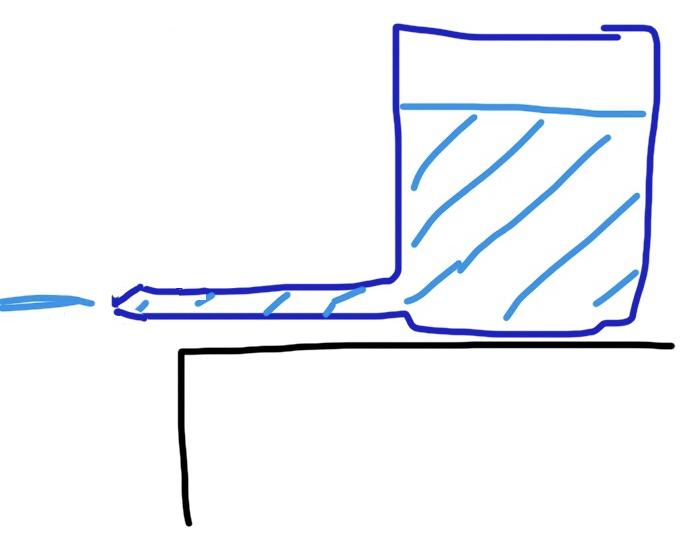 The key thing to observe is the lower level in the manometer, that vertical pipe on the left.

The larger opening has higher flow in the pipe, hence more energy loss, hence less pressure at the orifice.

It’s the pressure right behind/before the orifice that matters.

This effect is much more visible with a long garden hose. A wide open outlet is at low pressure as lots of flow loses energy in the hose. Put your thumb over the end, the flow decreases, and you can feel the hose get stiffer as the pressure rises.

This phenomenon is called orifice effect. What happens is the stream discharging from a nuzzle converges to a narrower diameter and faster velocity downstream at a point called Vena contracta.

There are empirical methods, based on Bernoulli's law, to calculate the discharge and velocity.

There are many chrats to find Cd. Usually it ranges around 60% to 80%, Engineering toolbox

Why can water be sprayed farther when the pipe outlet is narrowed?

Your assumption that the water will go further (i.e., velocity will be greater) when the pipe outlet is narrowed is incorrect. For an ideal fluid (assumptions below) the velocity will remain the same and the flow rate will decrease based on the Bernoulli equation and the continuity equation.

The velocity at the outlet is

Note that this is identical to the velocity of an object initially at rest that falls to the ground from a height $h$, due to the conversion of potential to kinetic energy. It is independent of the diameter of the pipe outlet. If the velocity is the same and the cross sectional area of the pipe is decreased, then by the continuity equation the flow rate decreases. 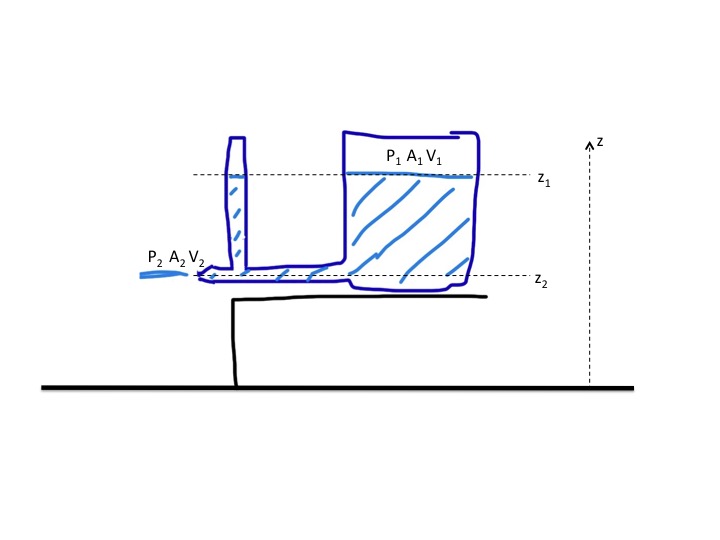 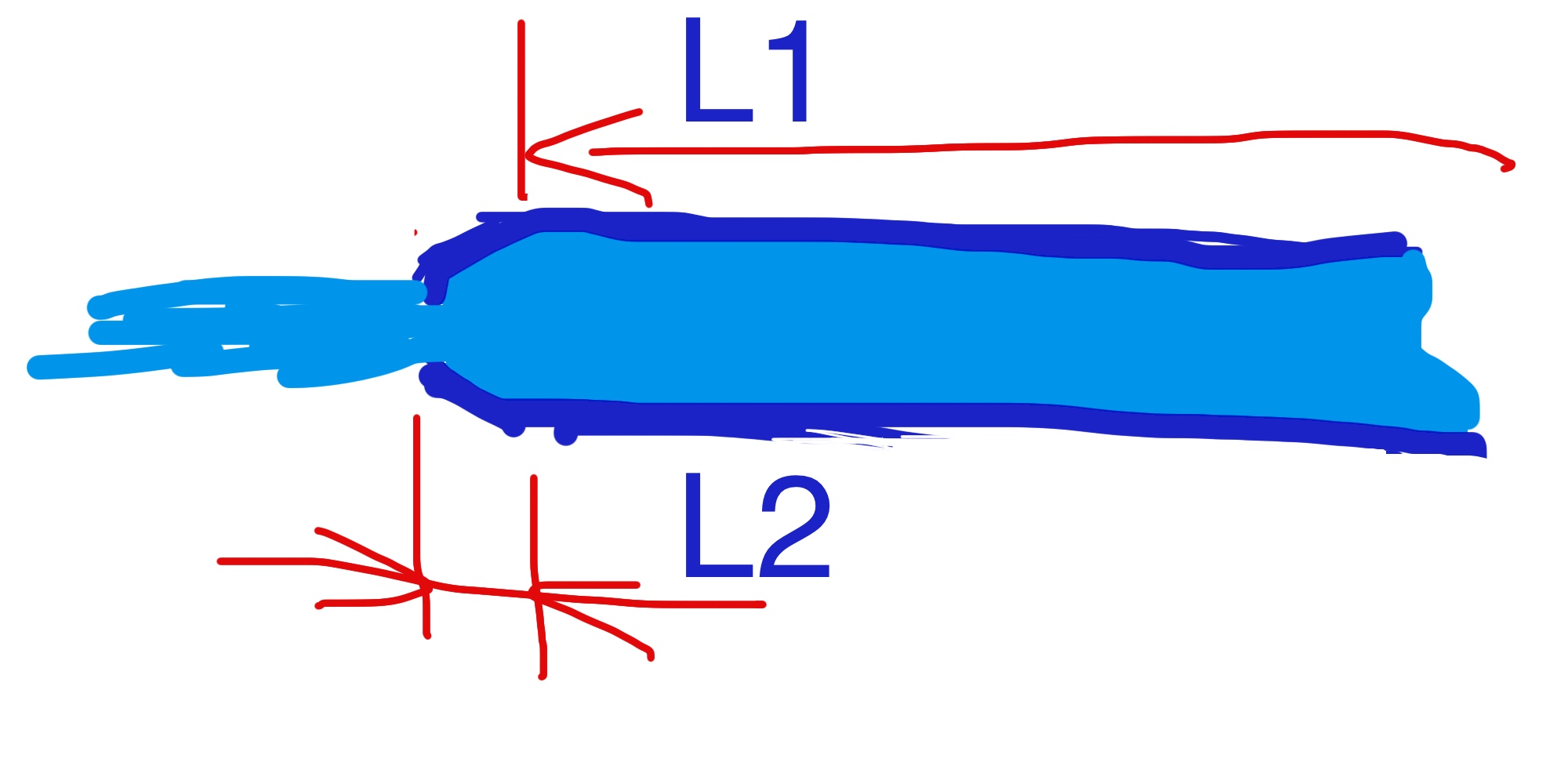 This question has been bothering me for a while, and here's what I've come up with.

Bernoulli's equation is clearly the starting point to think about this problem: $p + \frac{1}{2} \rho v^2 + \rho g h = E$ where $E$ is a quantity they is conserved throughout the fluid, basically its energy per unit volume. In other words, the sum of the kinetic energy, potential energy and pressure is the same everywhere.

Note that the diameters of the pipe or of the exhaust aren't in this formula, so under conditions where the Bernoulli equation applies, the narrowing in the nozzle doesn't change anything.

So, since we know this isn't true... what gives?

An effect that's not captured by Bernoulli's equation are friction losses in the pipe: friction in viscous fluids is generally proportional to $v^2$ (see Navier-Stokes equation) and velocity is proportional to the cross-sectional area of the pipe so that doubling the diameter of the pipe while keeping the exhaust diameter the same would reduce the friction losses by a factor of 16 (not accounting for the change in exhaust velocity, but you get the idea...)

These losses have the form $\alpha l v^2_{\text{pipe}}$ where $\alpha$ is some coefficient which would include things like the viscosity of water and $l$ is the length of the pipe since it makes sense that the losses would scale linearly with that.

Now equate fluid energy at the exhaust (including losses from the pipe) to energy at the top of the tank (using Bernoulli's equation the $p$ terms since they are almost equal on both ends and dividing by $\rho$). You get:

The pressure is the same in either case, but as pressure equals force divided by area, you are ejecting less water at higher force in order to maintain the same pressure, hence the droplet spray goes further. Flow rate doesn't (have to) come into it.

Not the answer you're looking for? Browse other questions tagged fluid-dynamics pressure flow fluid-statics bernoulli-equation or ask your own question.

1
Compute pipe restriction from water flow and static pressure
1
How to calculate the increased pressure drop due to a restriction?
0
What is the difference between high speed water supply and high pressure water supply coming out of a hose?
2
Will changing the pipe diameter reduce the pressure head loss?
2
Why does the pressure of fluid increase when the diameter of the pipe increases?
1
Hydraulics, flow rate, and tubing size questions
0
How to calculate the flow rate?
2
Why water can fly faster (then slower) when you press the water hose with your thumb?