How does charge flow (directions) from capacitors in this question? 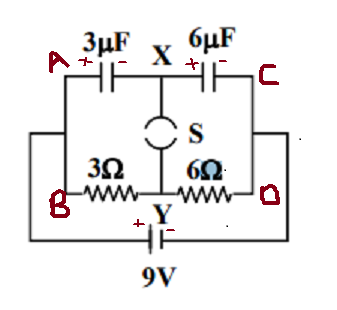 A circuit is connected as shown in the figure with the switch S open. When the switch is closed the total amount of charge that flows from $Y$ to $X$ is?

How does the charge move around? What directions do they take?

Attempt at this problem:

Is this logic correct? If not, is this an OK analogy to the correct idea?

Browse other questions tagged capacitance or ask your own question.

1
How does distance effect the flow of charges between a capacitor's plate and battery
1
Charged capacitors in series — but connected at same polarity plates?
1
Discharge time of a mile long capacitor?
1
Energy consideration and charge flow in an RC circuit
0
Current flow in parallel capacitors connected with their polarities reversed
2
Charge on the plate of the capacitor