Assumptions and limitations for ideal gas

Assumption: In the assumption for ideal gas law, it is stated:"The time it takes to collide is negligible compared with the time between collisions." For, this assumption, can i just say there is only one collision "per time"? 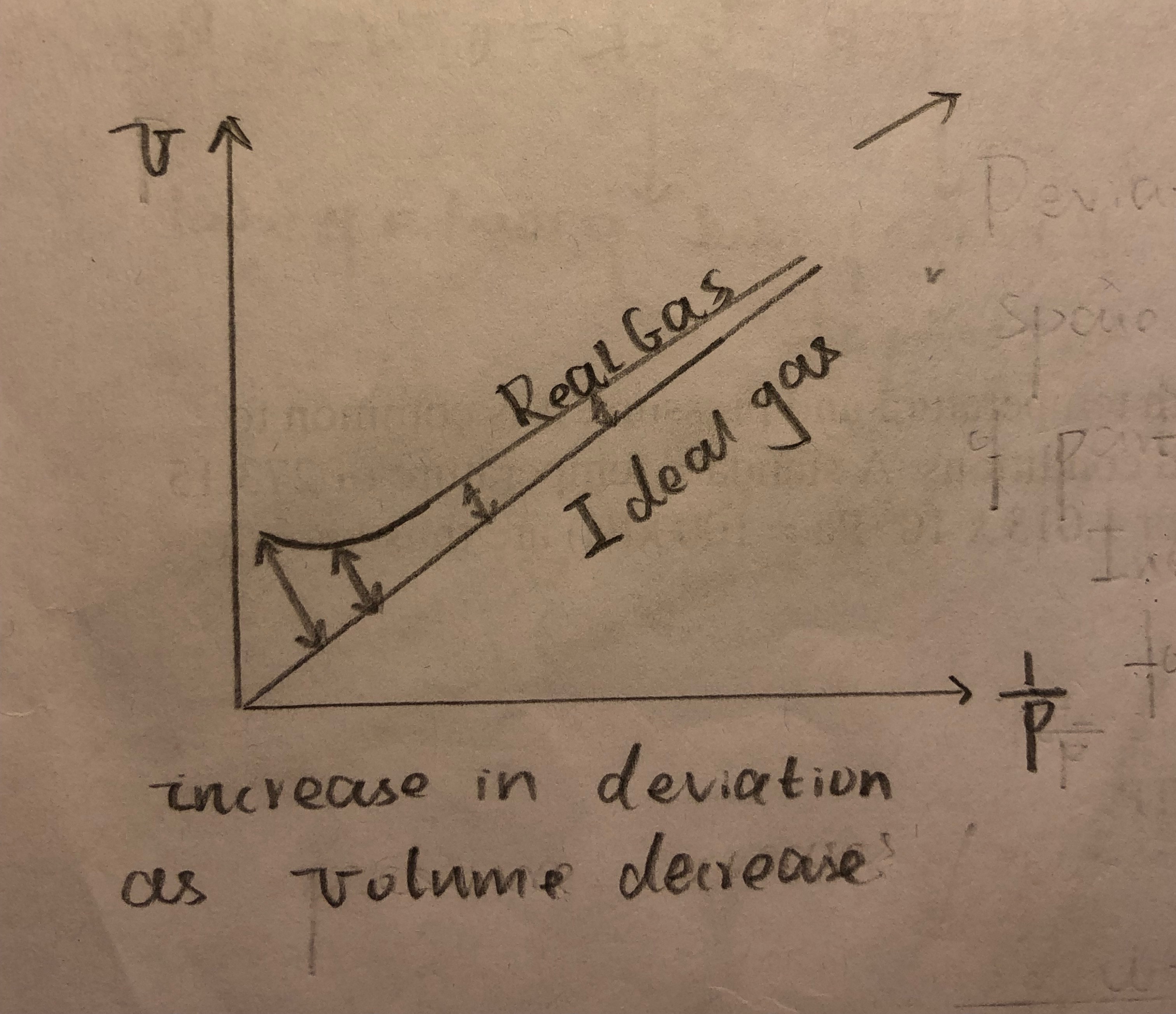 At the mean time, in extremely small volume, will "space for random motion of the particles" be the main reason causing such deviation in pressure? Do we also have to consider the repulsive part of molecular interaction(intermolecular force) and as illustrated by something such as "Lennard-Jones potential"? And won't this also enlarge the deviation between real gas pressure and ideal gas pressure? 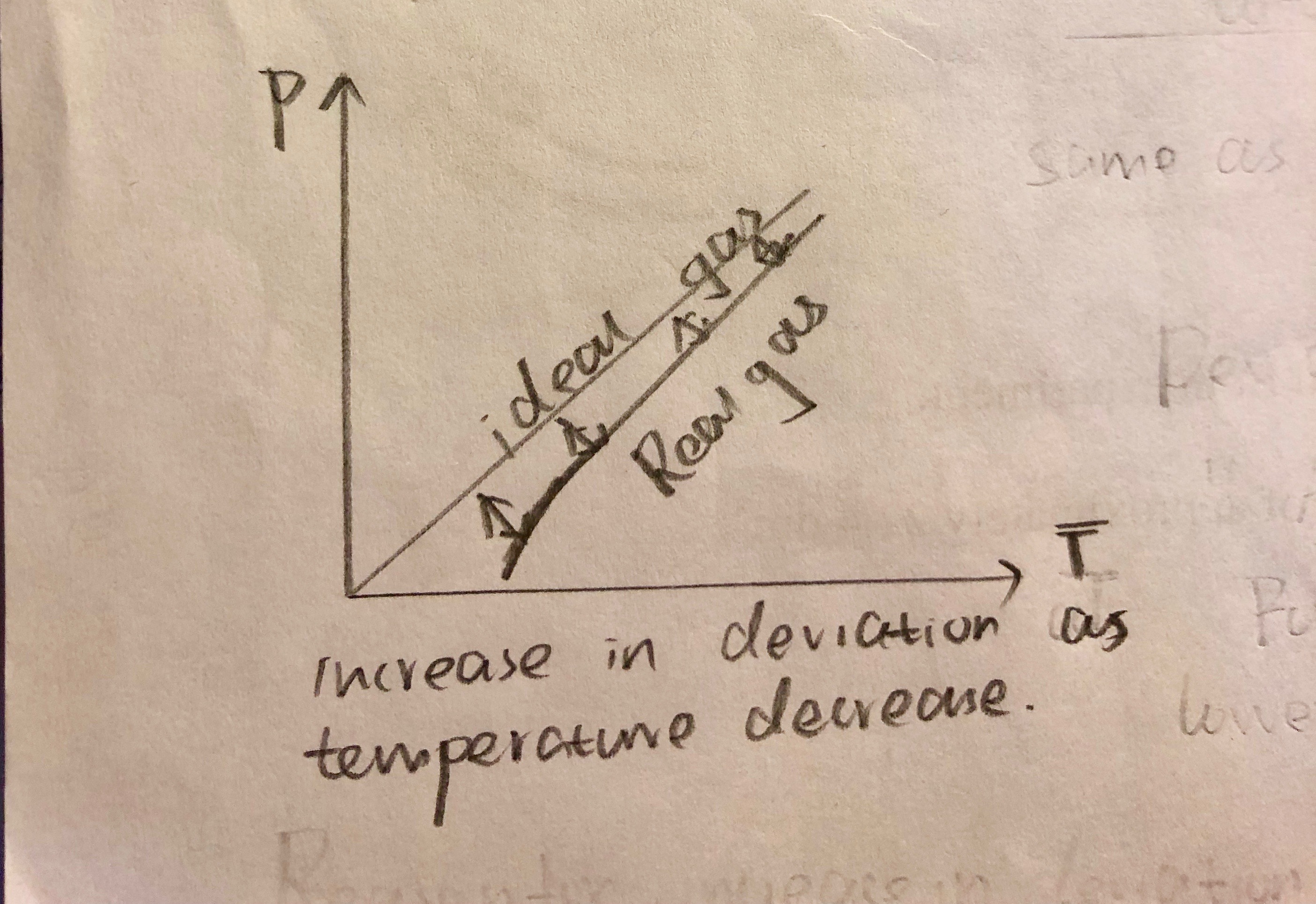 And further more, how can i explain the increase in deviation between two pressure as temperature decrease in $P$-$T$ graph? How should i explain the exponential line at the end of $P$-$T$ graph? Sorry for my lack of knowledge at my current level, i am really confused by these and can some one please help me?

Browse other questions tagged thermodynamics ideal-gas approximations or ask your own question.